Okay, okay I admit it; I’m obsessed with Cumbrian food and the countryside from which it comes.

I travel up there at least five times a year for fell-walking and hanging from mountains to make room for all of the astonishingly good food and drink, especially during the winter months.

But it’s not just me. Britain’s number one restaurant, L’enclume, run by the maestro Simon Rogan, sits in this magic circle in the North West of England, and has spawned a movement of exceptional restaurants and jaw-droppingly lush hotels to suit any budget.

This time around I visited four hotels in four days to give you a guide to the best places to stay; hotels with comfy beds but, more importantly, delicious food.

The George and Dragon

First up was The George and Dragon in a village called Clifton on the borders of the Lake District near Penrith.

This is a restaurant on one side and a pub on the other – in other words, my dream building. These establishments are becoming increasingly popular, but they are nearly always magnificent.

Local beer is important up here, and luckily it’s divine – we supped on hoppy Hawkshead Lakeland Gold and Tirril Pilsner in the pub section before dinner, chatting to a knowledgeable barman who possessed that familiar Northern affability. 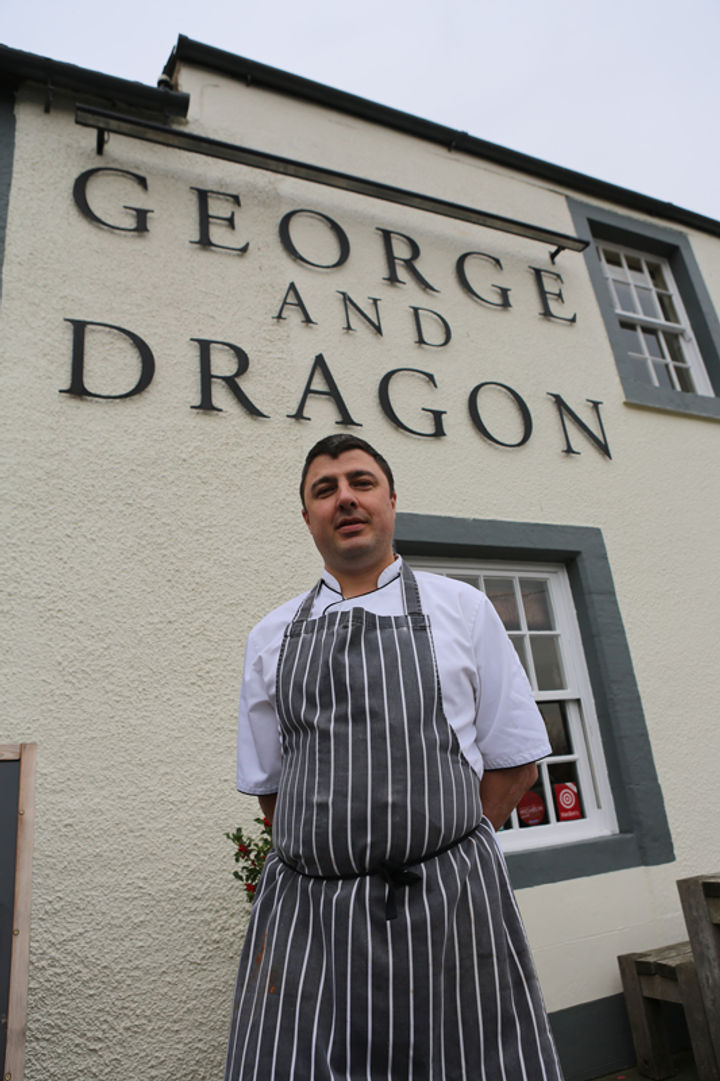 At dinner on the “other side” we kicked off with a gigantic starter platter of confits and dips, before chef Ian Jackson’s (formerly of the famous Sharrow Bay on the edge of Ullswater a few miles away) signature dish, the pheasant. It was gorgeous – there’s no doubt that local wild game tastes better.

With this in mind, the missus had the steak, raised by owner Charles Lowther himself – the shorthorn offered up a tender and ballsy rib-eye. Perfect. Thoughtful, bold flavours and an indulgent menu await you at The George and Dragon. Excellent value too.

Then to the Mother Ship! This place, close to the grounds of the Lowther estate in Cumbria, is a gob-smacking 800 years old in places, and still with all its faculties.

To say it’s grand and quintessentially English is an understatement; it boasts a café, 12 opulent bedrooms and its own farm complete with gigantic pigs, boisterous chickens and a kitchen garden – all open to the public.

The restaurant seats around 20, and Charles explained it was to celebrate his produce and local food rather than an exercise in making money.

We were given aperitifs and hors d’oeuvres next to the cavernous inglenook fireplace, with duck magret from the fowl on the pond and a belting liver pâté of similar provenance.

Then our waiter announced: “Chef would like you to try a new dish for him sir – the John Dory! (not from the pond)”. It was almost as if they knew I was coming – it is without doubt my favourite fish, and a rare treat as well, because it is not cheap. It was lovely, light, and beautifully presented, as was my wife’s venison. 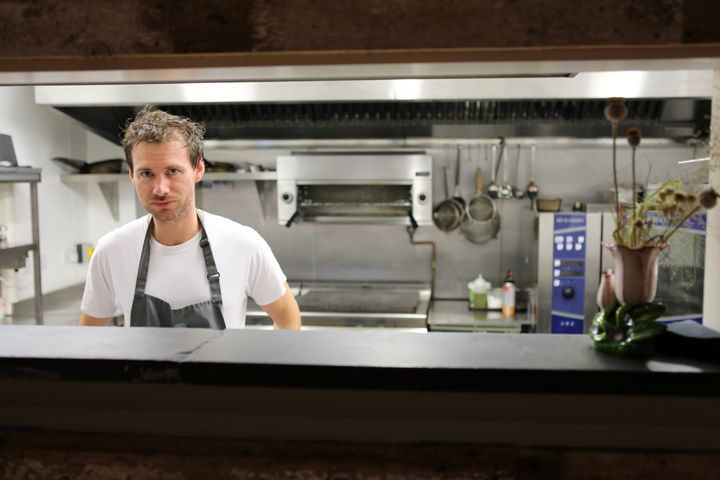 Chef and local lad Richard Swale is a genuine talent, dishing up exceptional and delicate food. We finished with a less-delicate cheeseboard drizzled with truffled honey – now that rocked the party! It’s easy as pie to make too, just warm up your runny honey in a saucepan and drizzle in truffle oil while whisking furiously. Askham Hall is a perfect retreat for those wanting an old-school experience with the finest of modern cuisines. I loved it!

Sitting just outside the famous town of Kirkby Lonsdale, this centuries-old inn is something very special; really special; extremely special. I’m going to run out of superlatives at this rate. Oh my, the room (Tatham Suite) and oh my, the food. 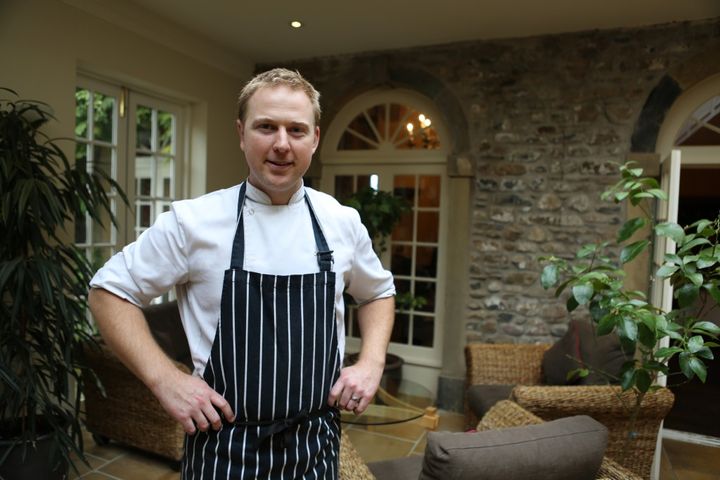 Chef Brent Hulena, a New Zealander still in his late twenties, blew our minds with his combinations. We had the taster menu and, without fear of hyperbole, the highlight of my culinary year was his venison tartare with fennel, mustard and coffee. Crazy but genius, beautifully presented and yet understated. I know venison isn’t to everyone’s taste, especially a raw version, but for sustainable, ethically raised, high-yield meat, there is simply little better.

In terms of a combination of room and meal, it was the pinnacle of class and attention to detail – it was extraordinary.

Before our final night we ascended numerous peaks during the days to free up calories and appetites for such a binge, and landed in the centre of Kirkby Lonsdale.

A bustling farming pub of great repute, with cracking rooms and an even better chef in Sam Carter, the Sun Inn is a real gem. 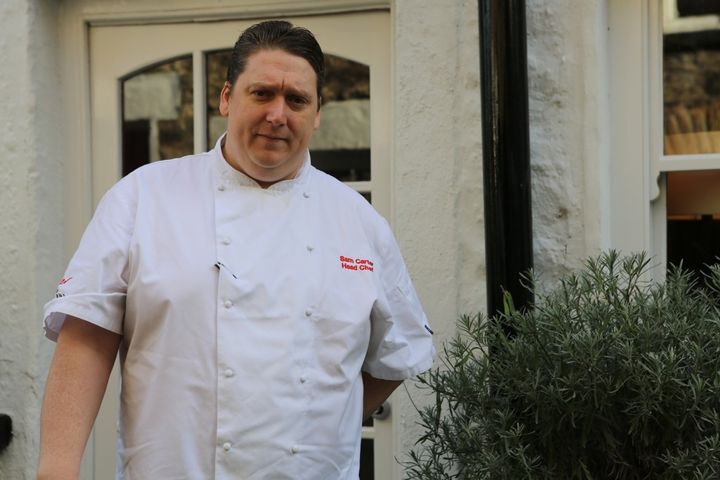 Cooking up locally-inspired favourites for the beautifully appointed restaurant at the back, Sam’s training in France became obvious fairly quickly. My veal sweetbreads starter and beautiful venison loin with chocolate ganache were wolfed down, seemingly without pausing for breath. Sam revealed the secret to his venison is the griddle, keeping it low and slow and turning and watching until perfect.

Smoked cinnamon is having a bit of a moment at present, and the next dish, Sam’s parfait, hit so many complex flavour buttons yet was singularly extraordinary.

On top of all of this, we enjoyed the best service of the trip – such an energetic, funny, yet polite bunch run the place that all I really wanted to do was take some time out and have a beer with them. It was a real pleasure staying here; a great building with an atmosphere that completes a break – a tangible feeling of utter relaxation.