Dubbed by the press as a celebration of food, music and pushchairs, The Big Feastival took place this weekend with Jamie Oliver and musician-turned-cheese-producer Alex James joining forces down on the farm for their second year running. Over 14,000 festival-goers, from day-trippers to well-seasoned campers, hit the countryside in the Cotswolds.

The Big Feastival was created to bring together some of Britain’s very best food producers, street food traders and chefs, alongside music and acts featured on a purpose-built main stage. With the sun forecast to shine all weekend, we packed the car, headed for Kingham and kept our fingers crossed that the only wellies on show would be the ones filled with flowers, courtesy of event designers Hattie and Flora. 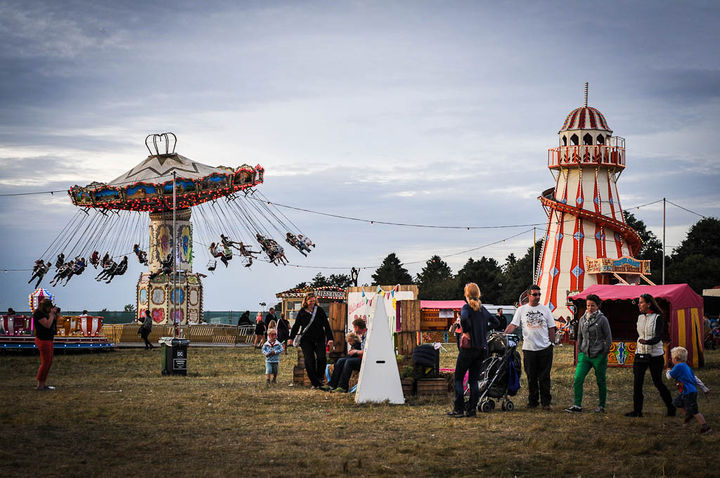 We arrived to see the fields surrounding the main Feastival site dotted with tents, campervans and even an in-vogue ‘Glamping Village’, complete with 24-hour concierge service, a bar and chill-out area, pamper parlour and even a kids cinema. Since The Big Feastival has a strong family-friendly vibe, there was a dedicated family camping field with their own toilets and showers.

Once we had parked up and got our wristbands, we walked through the main entrance and a field that had been transformed into a ‘Little Dudes Den’ with activities designed for children. Quick to catch my eye was Hattie and Flora’s colourful creative caravan, as well as a vintage British funfair complete with giant helter skelter. We also spotted hundreds of shiny, multi-coloured helium-filled Walking Pet Balloons which were a huge hit with the kids. The Tesco Big Top also did a great job of keeping the little people happy, with the Daylesford Market Garden team focusing on planting and growing and Adam Henson’s Cotswold Farm Park tent providing a petting corner and pedal tractors.

Just inside the main site was Street Food Alley, bringing together some of the very best street food on offer in Britain, traded from food trucks, carts and pop-up bars. We were also hugely tempted by the smells wafting from the Weber BBQ Experience and clever BBQ picnic area, where festival goers could bring their own food to barbeque on ready-prepared coals. 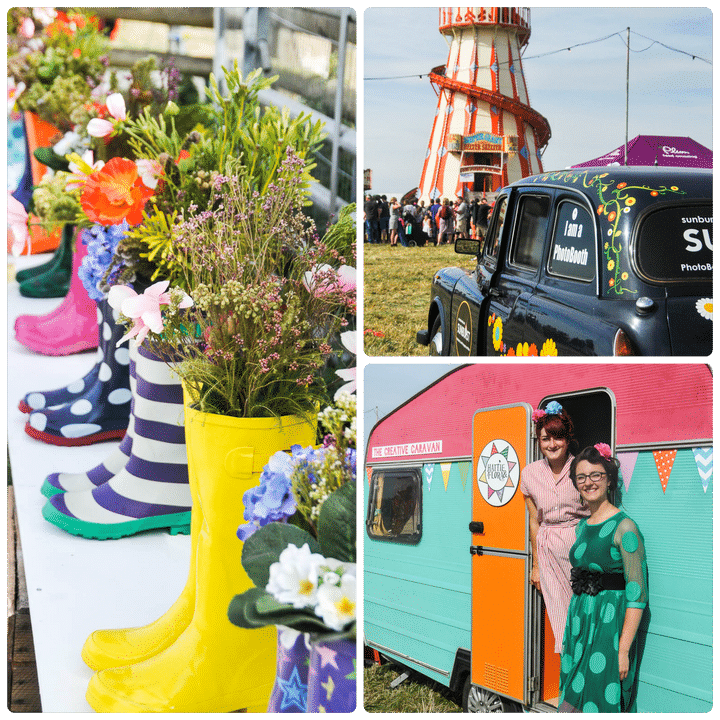 The main stage hosted some great acts across the weekend, including Basement Jaxx, Normal May MBE, Justin Fletcher, Mark Owen, KT Tunstall and The Feeling.  On Sunday afternoon, The Cuban Brothers were joined on stage mid-act by Jamie Oliver and Alex James much to the crowd’s delight. There was plenty of space to pull up a picnic blanket and watch from afar with young ones, whilst the well-seasoned music festival goers grabbed themselves a spot at the stage or watched from one of the bars.

Across the site from the main stage was the Electrolux Big Kitchen, offering live cookery demonstrations with stints by Jamie and Gennaro, Rachel Khoo, Sabrina Ghayour and The Chiappa Sisters. There were also pre-bookable interactive food demos happening inside the Electrolux Chef’s Secrets tent, as well as plenty of food stalls to explore within a farmers’ market-inspired section.

The Bierra Moretti Bar lured us in with ice-cold Italian beers, a good view of the stage and table football. DJ BBQ was also parked alongside the bar, serving his trademark ‘slow and low’ pulled pork sandwiches. We also found time to pop into the Grand Marnier Bar and the Sharp’s Doom Bar, which was very popular, serving cask beer from Cornwall’s Atlantic Coast. The Grand Marnier and ginger ale cocktails served in individual mini-ball containers were definitely my favourite slurp of the day. 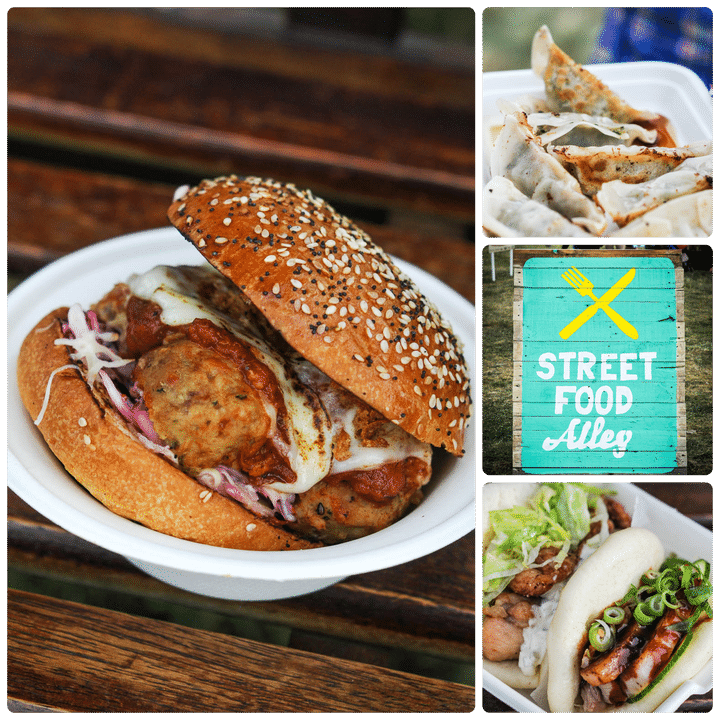 Felling peckish, we were sorry to see that Yalla Yalla, a Beirut-inspired street food truck, had completely sold out their Shawarma wraps – they promised to bring more next year! So instead, we headed for the Yum Bun truck and really enjoyed their Japanese chicken and pork belly steamed buns. We loved the gourmet meat balls by Jez Felwick at The Bowler who netted many new fans from his food truck, The Lawn Ranger.

Jamie’s own Food Tent had some pretty impressive queues with festival-goers eager to sample food from some of Jamie’s Restaurants, including gourmet burgers and fish and chips by Fabulous Feasts, Jamie’s event catering company. Next to Jamie’s food tent sat Alex James’ Cheese Hub, filled with artisan cheese, including a brand new cheese called Blue Monday, made at the very farm hosting The Big Feastival for the weekend.

Overall, The Big Feastival had a very happy, relaxed vibe. There was plenty to explore, the stallholders and food truck traders were all eager to chat to festival-goers and the site was well set out with plenty of room for the sun-grilled crowds. My pitch is firmly reserved for next year!

Ren Behan is a food writer and mum of two. Find out more at www.renbehan.com