Food and sport in England has historically been a fairly dismal partnership; greasy burgers of dubious origin and queues so long you miss half the match. However, there is a new era in England’s catering scene and Jamie is central to this with Fabulous Feasts. 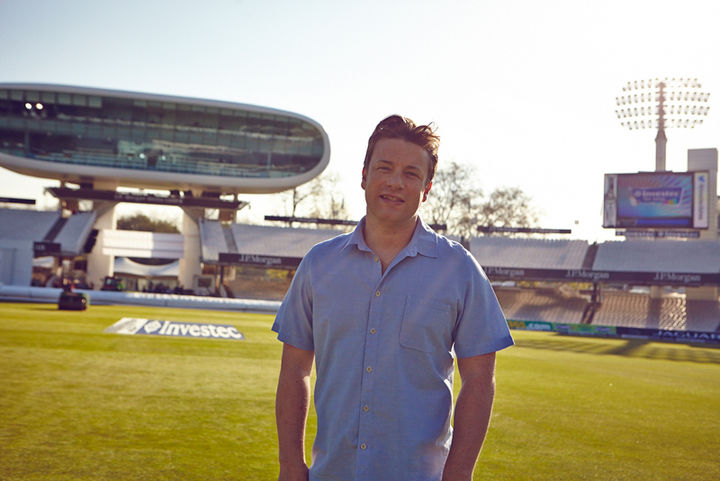 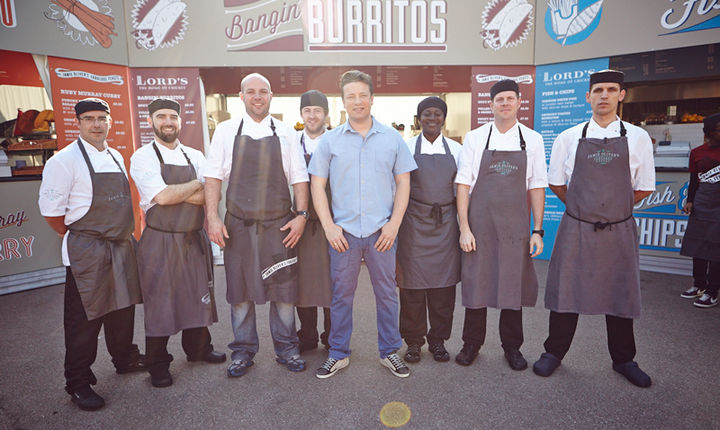 Many events around the country have been tucking in to the public catering supplied by Fabulous Feasts, from guests being looked after at Henley Regatta to ice skating in Brighton; not to mention the upcoming public catering for footie fans at Manchester City’s Etihad Stadium.

But for now let’s concentrate on the amazing Fabulous Feasts takeover of the Food Village at the hallowed Lord’s Cricket Ground in West London.

I love Lord’s, I love cricket, but until now I’ve never really loved the food, not even liked it. This meant that my fellow cricketers and I would have to lug around cool-boxes on the train, struggling to fit them under the rather snug seating in the ground itself. It would be the usual Scotch eggs, sandwiches and cakes, with a ‘bit’ of booze as well.

The time seems right to shout about how good the food is now, with England about to take on the Aussies in the Second Ashes Test at Lord’s later this week. I went along to the New Zealand test with my fellow village players in May and was given one of each of their full-day hampers to test out.

The Food Village was buzzing, Fabulous Feasts now have all the stalls, each on a different theme – Mexican, steaks, curries, hot dogs and burgers among loads more to keep the hungry satisfied. The hampers were handed over and the four of us took our seats and yes, they fit beautifully underneath, out of the way until you get peckish. 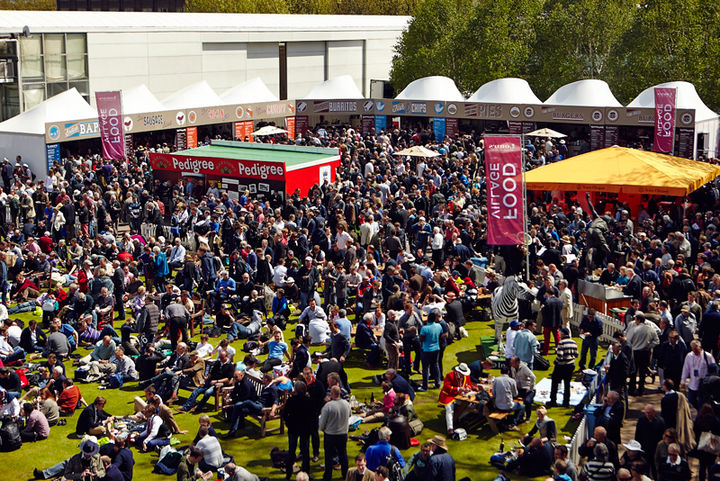 And by the end of the first over, we were peckish. We opened the artfully presented cool bags and traditional wicker hampers and started eating with our eyes – let’s not forget that Fabulous Feasts follow the golden Jamie rule and make their food using the freshest ingredients possible.

Beautifully sweet almond croissants from the Flour Station were delicious and had kept in perfect straight-out-of-the-oven condition, slightly crisp on the outside and fluffy and buttery in the middle, despite the warmth and packaging. A fruit salad with granola and some Italian treats including bocconcini and sun-dried tomatoes were right off the bat. Beautiful.

Several overs later we were ready for lunch (after all this was a special occasion so a bit of indulgence goes with the territory) and out came the salads, tarts and sarnies. 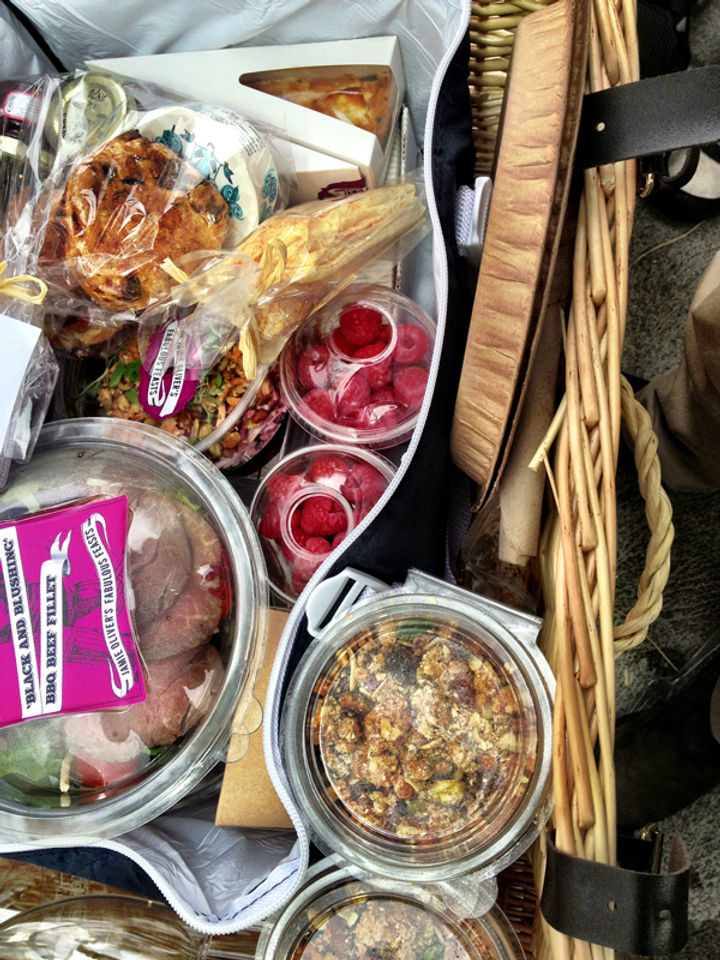 Do you know what I’m just going to let the menu do the talking here…. 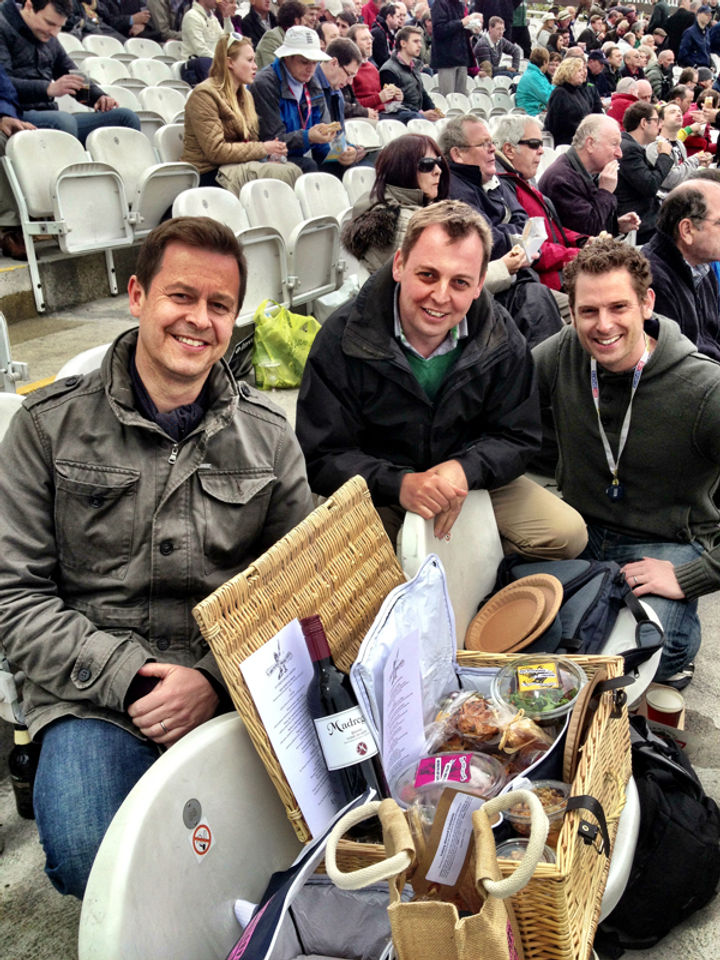 Let’s not forget that you also get a decent bottle of wine in the lower-priced hamper with a really good champers in the luxury version, so we cracked open the wine and let the really average cricket wash over us until tea.

Tea is a real treat, little finger sandwiches, including a Vegemite one for the Aussies (well at least they can enjoy the food), a classic cream tea and lemon drizzle cake and summer fruits. You could have a little of each or a whole one to yourself, really generous and decadent portions, I was definitely full, but very happy!

While it was one of the dullest days of Test cricket any of us had ever seen, the food helped make it memorable. And no, it’s not cheap, but shows really good value for money and quality in a place renowned for being over-priced and under-offering. Lord’s has changed so much for the better with this new era of food. So roll on the Ashes. 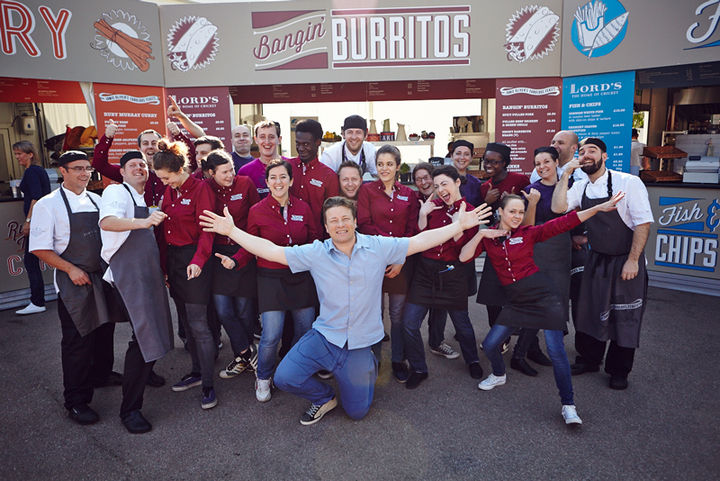