With Australia Day just around the corner, we've been thinking about the foods that Aussies love, and rounding up our favourite recipes to mark the occasion. 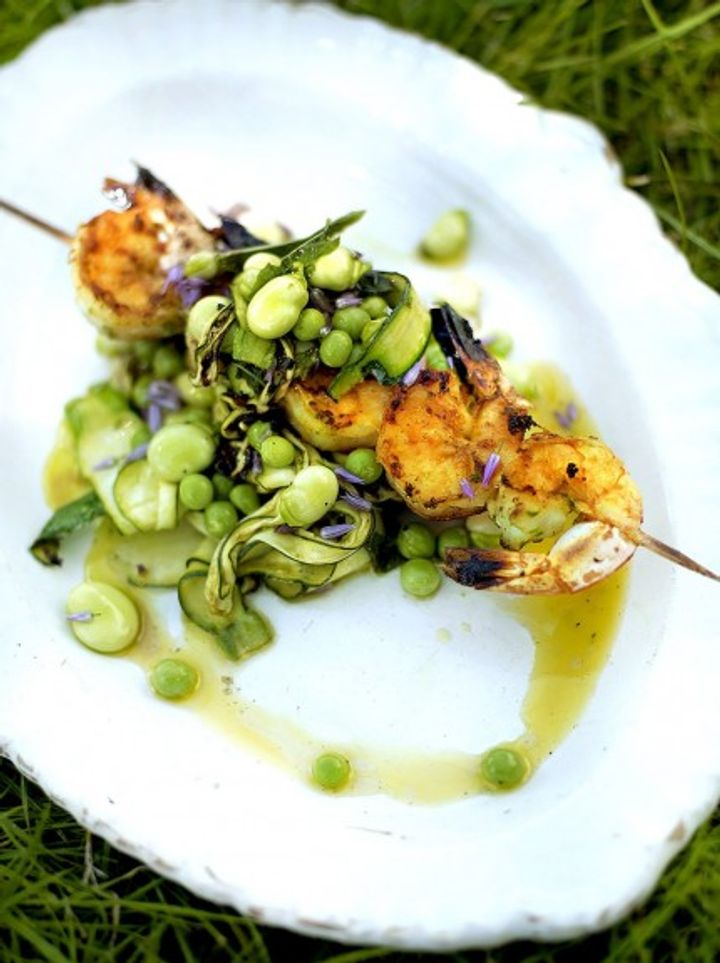 Cliché though it may be, no other nation does barbecues like they do Down Under – good beer, great ingredients (and loads of both) and better weather (ok, the last bit is just luck). Admittedly I’ve never heard an Aussie actually say “Put another shrimp on the barbie” but that’s probably because it’s already on there.

Ask most Aussies what their favourite comfort food is and if they don’t say pie, they’re probably lying. Ask what they want in it, and they’ll usually accept nothing less than local beef and a decent beer. So to celebrate Australia Day this year, Jamie cooked up a beef and Coopers pale ale pie with cheesy pastry. Now I don’t care where you’re from, that sounds amazing. 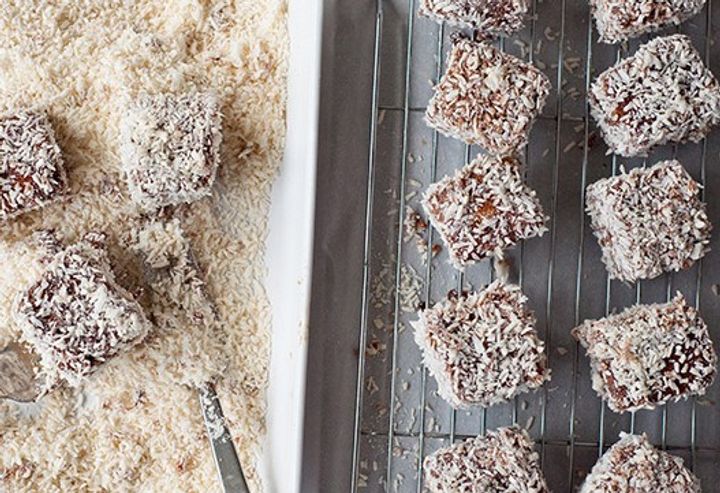 A cultural icon (according to the National Trust of Queensland), the Lamington, a sweet sponge with a jam filling, even has a national day devoted to it. Named after its creator Lord Lamington, it’s dipped in chocolate and coated in coconut – which compares favourably to Jamie’s classic school pudding, the Jammy coconut sponge, simply because of the addition of chocolate. 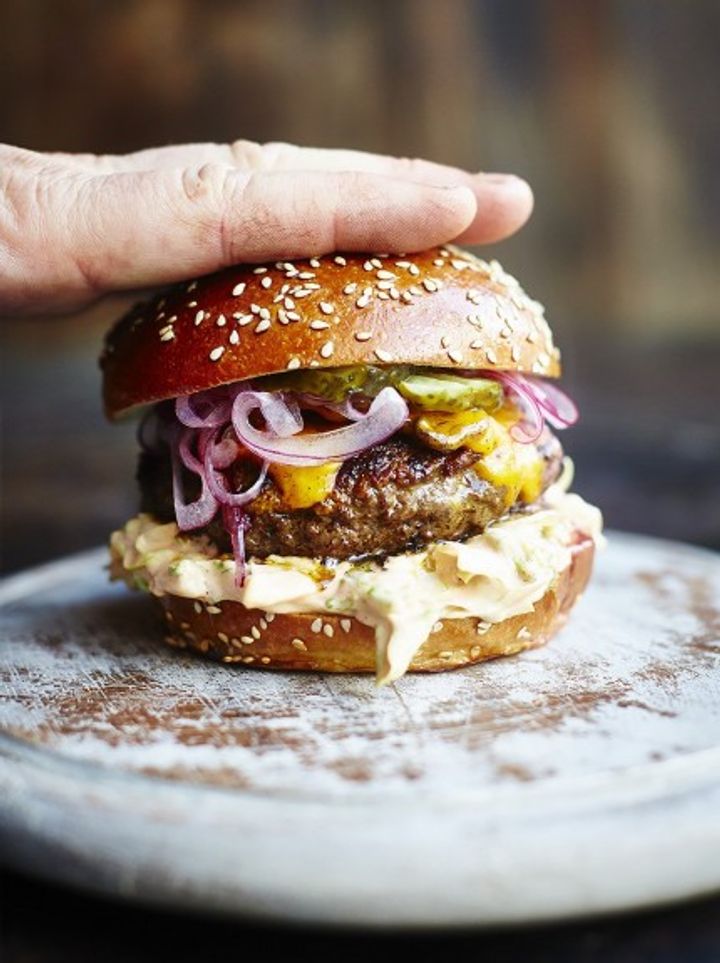 Walk into any burger bar or restaurant in Australia and ask for “the lot” and watch in horror/delight as they pile on just about everything in the kitchen. From what we can tell it’s usually cheese, bacon, pineapple, beetroot (!), a beef tomato and lettuce. And that’s before the sauces. We can’t pretend to have a recipe for that, but here’s a perfect patty recipe, ready for you to load up with whatever your Aussie mate demands. 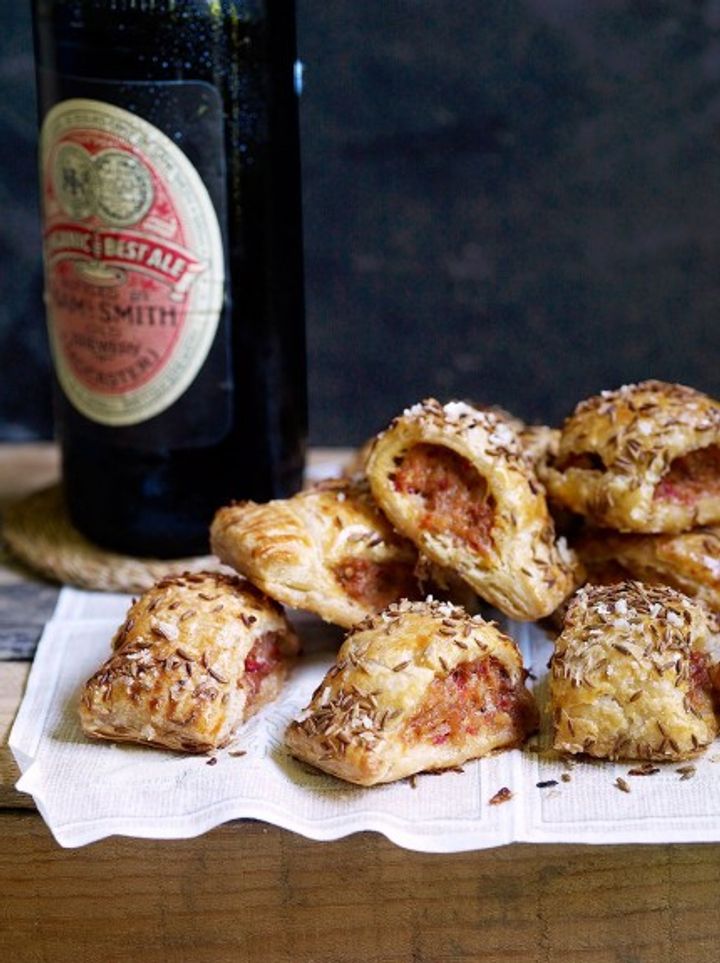 While we’re in calorific overdrive, sausage rolls are another naughty foodstuff close to the heart of Australians. Try these super-easy, super-delicious Jamie ones, and make sure you eat them warm. 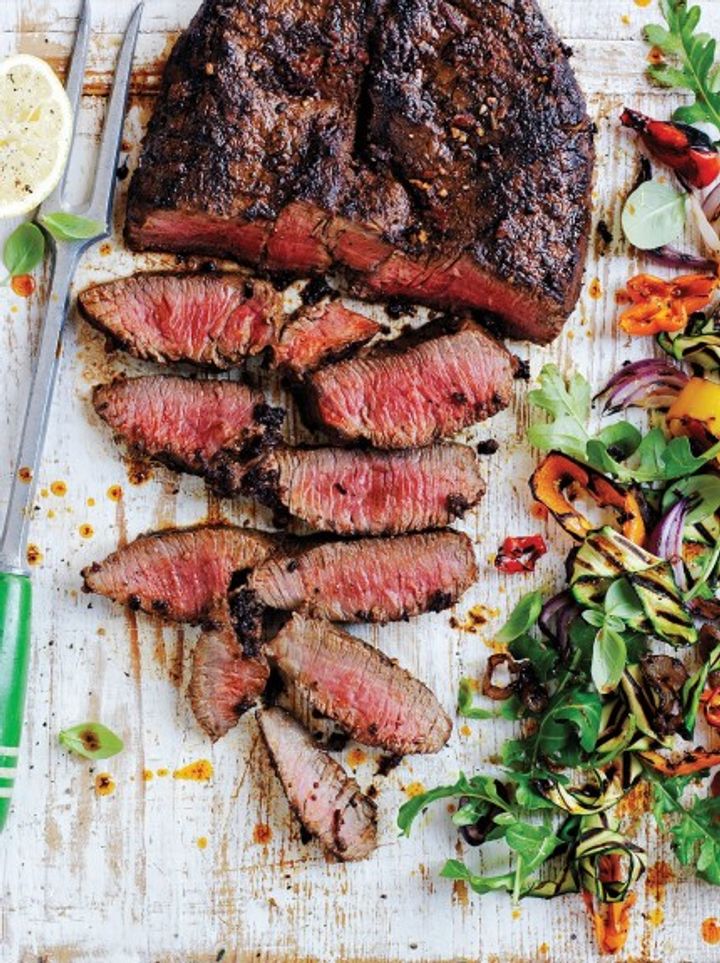 While opening the Jamie’s Italians in Perth, Sydney and Canberra, we discovered that higher-welfare Australian beef is quite something. Judging by how it flies out of the kitchens every service, the Aussies love their steak, so here’s one of Jamie’s favourite recipes – perfect for a prime cut. 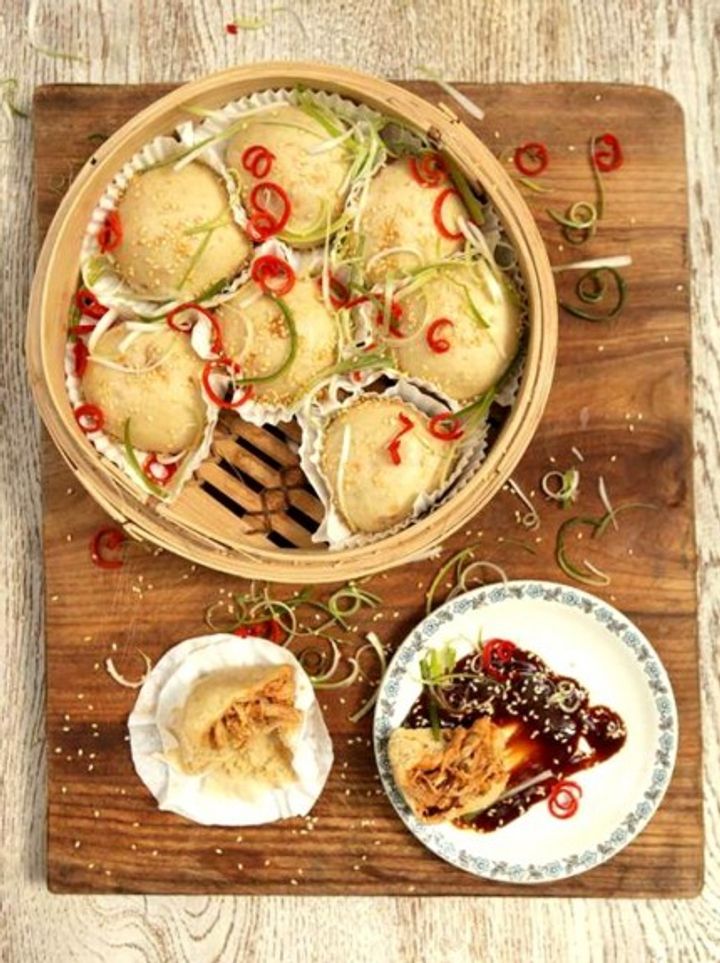 With south-east Asia a short flight away it’s natural that Australia developed a taste for sweet, sticky, sour Asian flavours – and they’re getting bigger all the time Down Under (even earning the alternative name dim sim – or dimmies!). It seems that dim sum has captured their imaginations most, so try Jamie’s barbecued (a great trick!) chicken dim sum – it’s doughy and delicious and boasts a gorgeous fiery marinade. 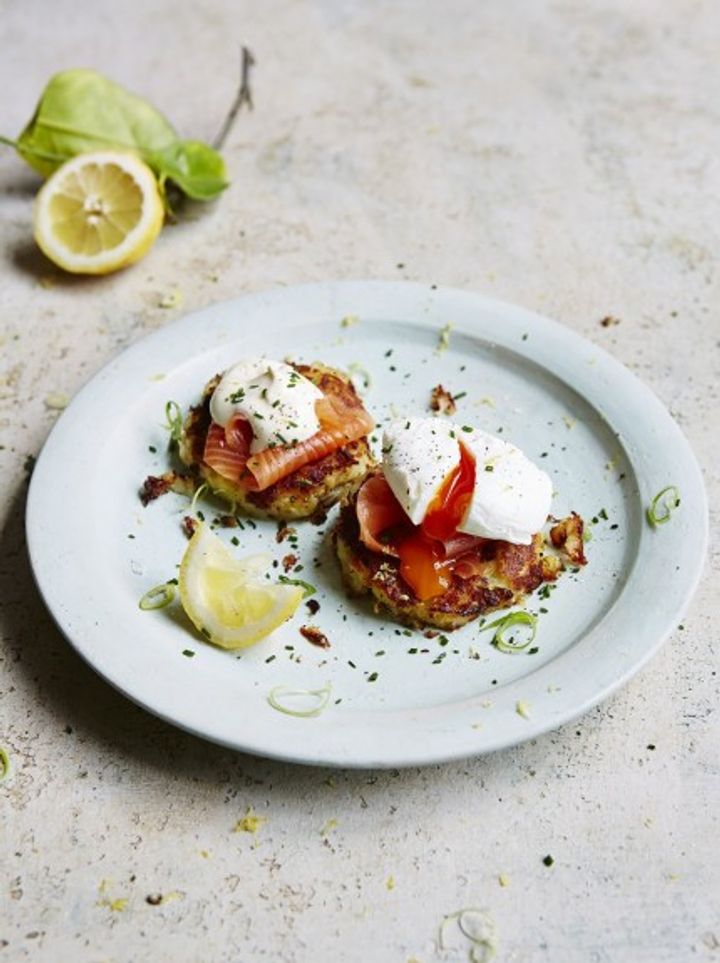 To be honest, you can ignore the smoked salmon and eggs in this dish. We’ve picked it because Australians love a fried potato cake. Well, most people do – you can’t beat that crispy-then-soft texture. They can also be topped with almost anything, which makes them a favourite in homes and takeaways throughout Australia. 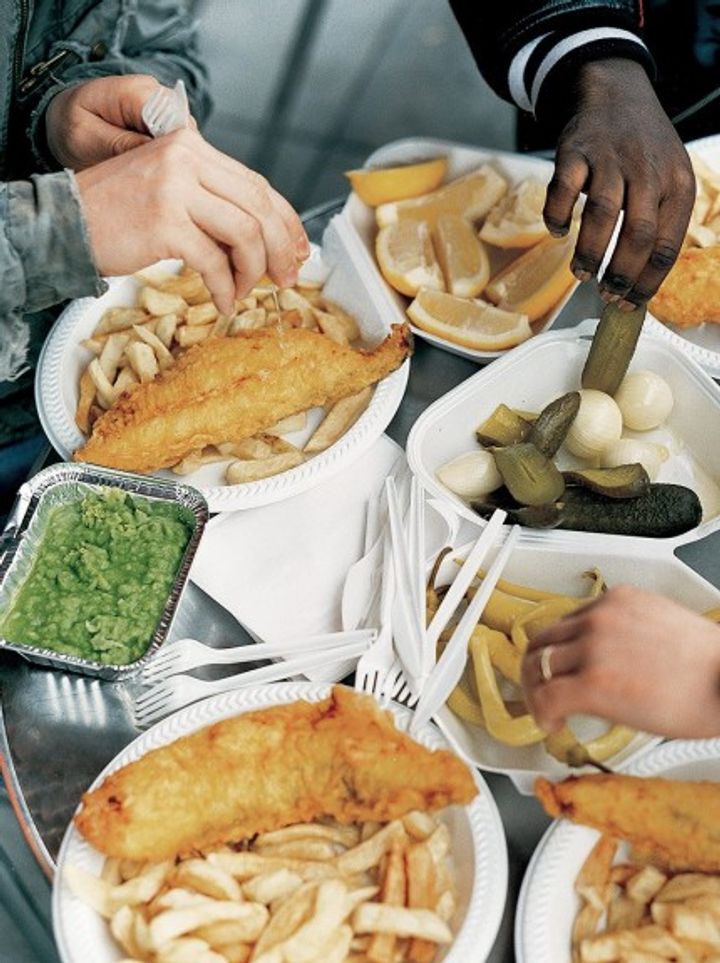 There isn’t a nation in the world that doesn’t deep-fry something, but we reckon beer-battered fish and chips is the ultimate. That flaky fresh fish with the crispy, ever-so-slightly oily batter is to die for, and perfect eaten while looking out to sea – and when you have as much coastline as Australia, that makes this a national dish. 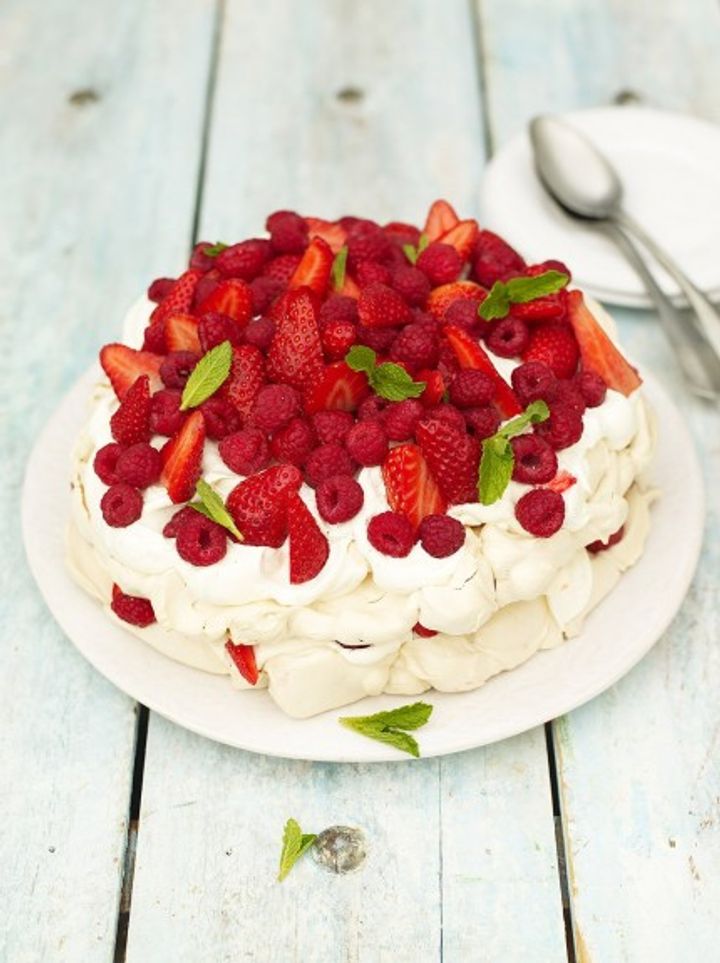 Apparently New Zealanders claim ownership of the Pavlova too, and on both sides the story is the same: the dessert was named after the famous Russian ballet dancer Anna Pavlova, following her tour of both countries in the 1920s. Quite why such a fattening treat was named after a professional dancer is unclear – maybe she was just very sweet.