Cinnamon buns are probably one of the most famous Swedish baked goods in existence. While I do enjoy a nice slice of Kladdkaka (sticky chocolate cake), it’s always these fragrant, caramelised buns that entice me most.

The dough is spiked with ground cardamom – a spice that isn’t often found in English baking but features prominently in Scandinavian recipes, especially for sweet treats! I think it brings so much to the flavour of the finished bun – it’s not an overwhelming taste, but it matches the spicy cinnamon and adds depth.

This Christmas, JamieOliver.com is making sure that those with special dietary needs have lots of lovely recipes to choose from, and these vegan buns fit nicely into that; they’re made with none of the usual eggs, butter or milk. Instead of the butter, which is usually fairly abundant in this kind of recipe, I opted for vegetable oil, which doesn’t need to be melted and is a lot easier to find than vegan margarine. The milk was an easy swap – I simply used almond milk, but any other dairy-free milk would work. Lastly, in place of the eggs I added corn flour, which has binding properties and also helps to create a softer dough.

The shaping of the buns is quite unusual and there seem to be many different ways of doing it, so see my guide to the process below. If it’s too confusing, don’t worry – simply coil the twisted strips into a snail-shell shape and bake as normal. 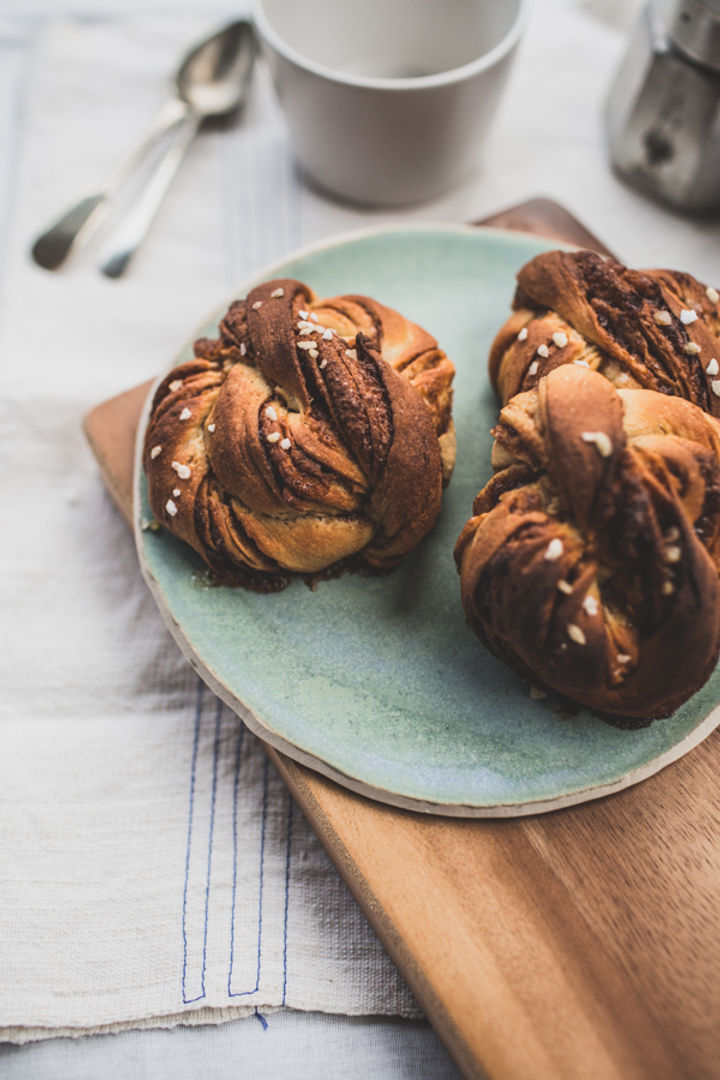 Combine the almond milk and water to make a warm mixture. Stir the yeast into this mixture and set aside.

In a large bowl, combine the sugar, salt, plain flour, corn flour and ground cardamom. Make a well in the centre of the dry ingredients and pour in the yeast mixture and vegetable oil. Bring together with your hands until a dough forms. Tip the dough out onto a lightly floured work surface and knead until smooth and springy – about 10 minutes. Oil the same bowl as before and place the dough into it. Cover with a clean tea towel and leave to prove in a warm place for an hour, or until doubled in size.

Once the dough is ready, in a small bowl combine the demerara, ground cinnamon and corn flour.

Roll the risen dough out onto a floured work surface into a 35cm x 35cm square. Brush the surface of the dough with the vegetable oil and cover with the cinnamon-sugar filling mixture. Fold the dough into thirds (like a business letter) and roll into a roughly 35cm x 20cm rectangle.

Cut the dough into 20cm long strips, roughly 2cm wide. Take one strip and twist it as shown, slightly stretching it as you do so.

Grab one end of the twisted strip and coil the dough around your hand twice, then over the top of the dough coil and tuck the loose end in at the bottom, as below.

Place the shaped buns on a lined baking tray and preheat the oven to 180°C/350°F/gas 4. Leave the buns to rise until doubled (about 30 minutes). 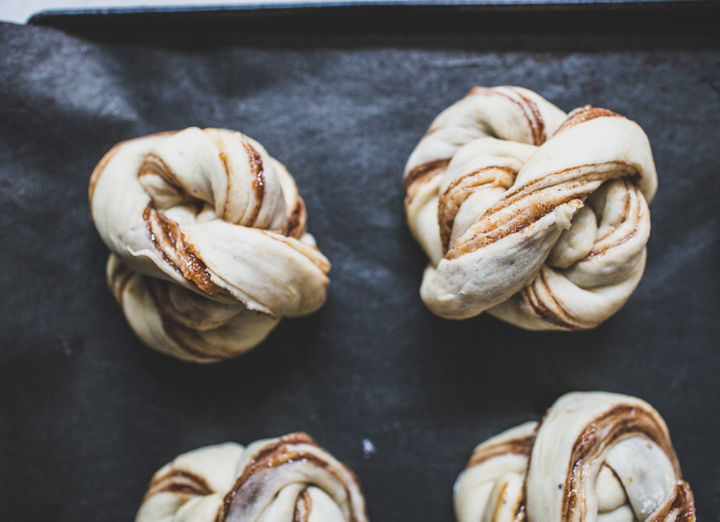 Make the glaze by dissolving the demerara sugar in the boiling water and brush this over the buns, then sprinkle them with pearl sugar or chopped almonds. 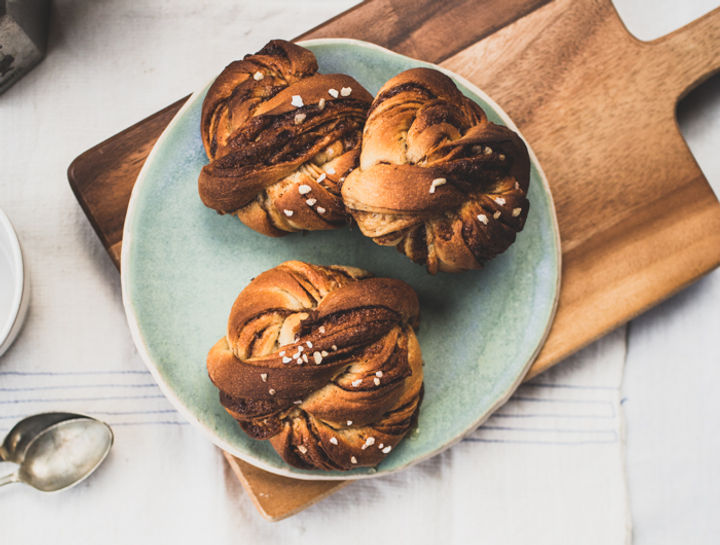 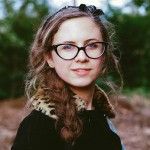 Izy Hossack is a student living in London who spends her spare time blogging and rambling on topwithcinnamon.com. She's passionate about cakes, roasted vegetables and anything involving maple syrup.