We’ve noticed an anomaly in the statistics of our viewers on the Craft Beer Channel. As expected, the countries famous for their beer make up our biggest audiences; the US and UK are far and away our biggest fans, followed by Australia and Germany.

All the big beer nations, right? No. In fact, the country with the arguably richest brewing tradition in the world isn’t even in our top 10. So we’ve had to face the facts – Belgium hates us.

We think we know why. All the foundations that craft beer was built upon – traditional methods, a focus on quality and an independent outlook – have always been there in Belgium. They never went through the decades of wilderness from the ‘70s onwards that most countries did – a time when most beer was either soda water or dishwater – unless they drank Stella through them, in which case they had a very different, very blurry kind of wilderness.

Belgium is responsible for some of the most important beer styles and traditions in the world ­– some vital, some silly. They are the barons of barrel aging, putting many of their beers in wooden casks to age with fruits; they show the world that 9% beer shouldn’t be downed from a tinnie and a brown paper bag, but from a chalice to be slowly supped in the sun. However, they also occasionally demand one of your shoes as a deposit for a litre glass of beer. Seriously.

But what makes Belgian beer so special is that even an amateur beer enthusiast can pick a Belgian beer out from any other. Whether it’s a pale ale, a dubbel, a fruit beer or a golden ale, Belgian beers taste unique, and that’s down to one thing: yeast.

Belgian yeast comes in lots of forms, but it all has a floral, sweet kind of edge to it that’s completely in contrast to the crisp, bitter stuff used in most beers. In fact, as beer becomes more and more of an art around the world, people are realising that the yeast is just as important as any other ingredient in the beer. When it eats the sugars from the barley it leaves more than alcohol behind – along with carbon dioxide it leaves more chemicals which can taste and smell delicious or, sometimes, goddamn awful. More and more I see beer aficionados arguing about the best strains, the fruity “esters”, funky “phenols” coming off them, and their uses in different styles.

But in Belgian styles it’s much more important than in any other beer, because Belgians aren’t really down with the hop thing. They find other ways of making aromas. They use herbs, fruits and old fusty hops that smell like carpet. But mostly they use beautiful yeasts, all with their own distinctive smell and taste, and all unique to Belgium. And that means it’s in big demand.

Some breweries keep their yeast close to their chests (usually a sign of infection, but not in this case) while others sell their strains or trade them. Of course, some breweries use wild yeast, which is in the very air we breath, that simply falls into their open tanks – that yeast is pretty hard to share. So it may seem obvious to say, but the best Belgian beer is still made in Belgium, brewed for drinkers who only remember good beer, in tanks older than the people who drink it, using recipes older than the tanks that brew them, invented by monks who seem as old as the religion they follow.

You can’t argue with that kind of heritage. So here’s three beers born of Belgian yeast and giving it new life today: 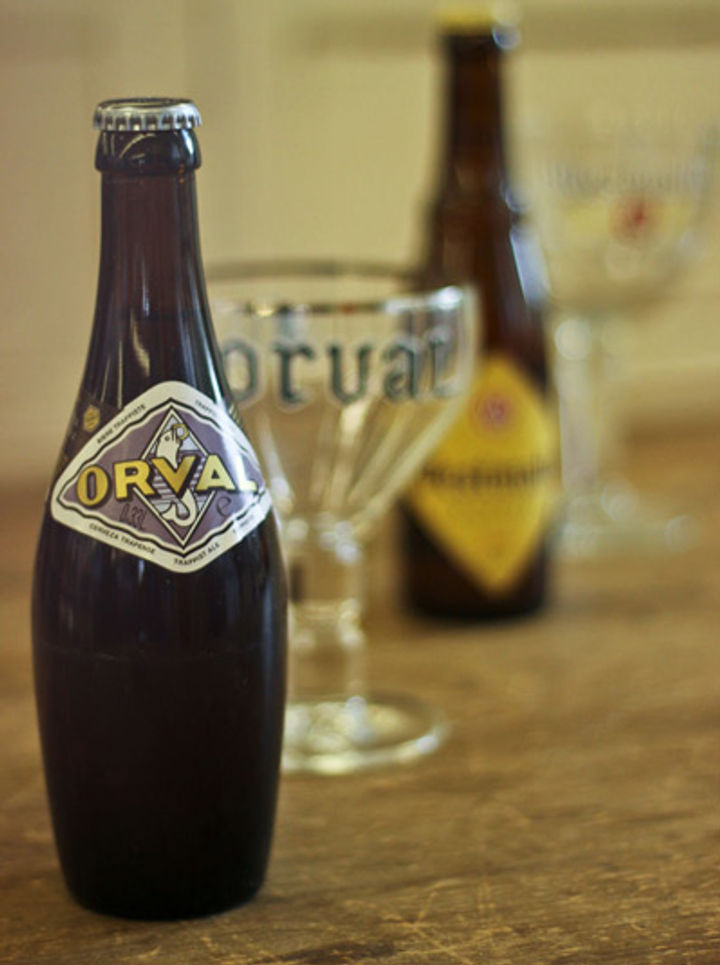 Orval (5.2% Belgian pale ale)
This is one of the most famous Belgian beers and with good reason. It’s light and drinkable, but hugely complicated – the kind of trick every brewer wants to pull off. Orval pours a bright, clouded amber and has a lightly hopped, spicy aroma that’s a signature of all Belgian pales. But the difference is that Orval is made with brettanomyces, a super funky yeast that adds a sour tang to beer. It’s only subtle, but it just lightens the beer and balances the sweetness of the malt to make a really refreshing, but still complex beer.

Westmalle Dubbel (7% dubbel)
Dubbels take their name from the fact that the brewer uses double the amount of malt, to ramp up the alcohol. So dubbels are dark, malty beers that are loaded with dates, raisin and cinnamon-like aromas, but this one has an extra banana-like smell that makes it a little lighter. The aroma of banana always comes from the yeast, and is most famous in German wheat beers where it is sometimes the overriding flavour too. The esters that add that profile also add a spicy touch to the palate, and help the dry finish that stops the sweet malt getting too cloying. 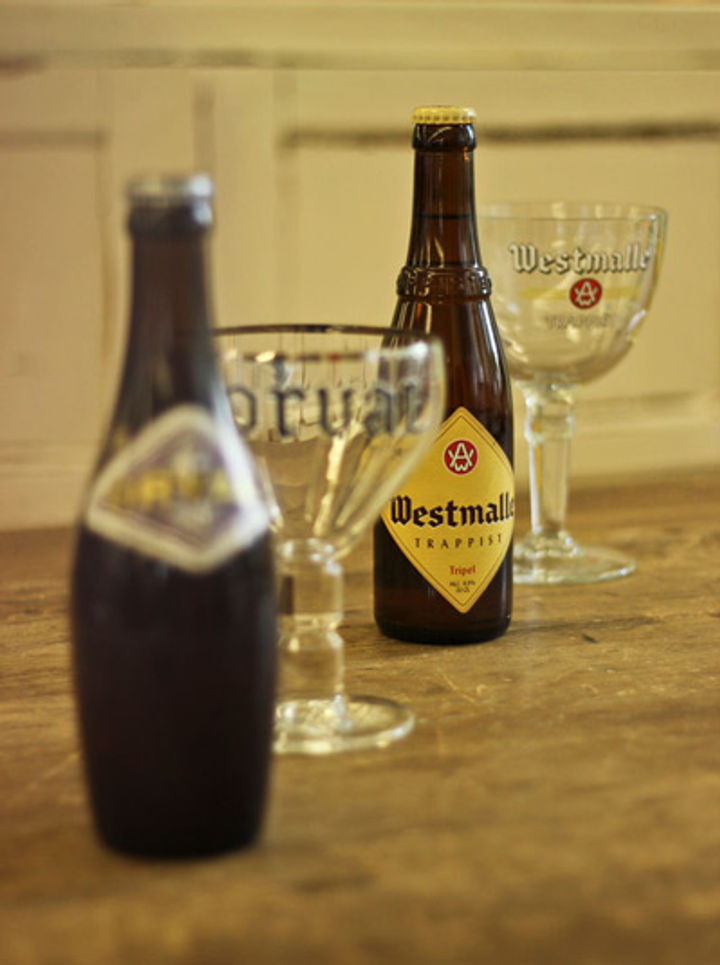 St. Bernadus Blanche (5.5% wit bier)
St. Bernadus are most famous for being a former brewer of Westvleteren 12. They used to brew under the St Sixtus name, which is the brewery behind the world-famous and rare-as-hell Westvleteren quadruple beer. That agreement ended in 1992, but they still brew beer to a similar recipe and they are damned good at doing it. This wit, too, is one of Belgium’s finest. It was developed in partnership with Pierre Celis, the masterbrewer of Hoegaarden. You may not like that beer (and let’s face it, the glasses are ridiculous) but this one is a brighter amber with lots of spices and floral aromas, along with plenty of sweetness from the wheat. It’s got a full, treacle-like feel in the mouth and just a touch of hops and spice over the apple, banana and pear-like yeast.