Lots of us shy away from cooking with game, but it’s a fantastic ingredient that, when treated correctly, can really deliver on flavour. With the British season about to begin, acclaimed chef James Lowe wants home cooks to embrace this often underused ingredient.

James Lowe wants home cooks to up their game.  “We’re so lucky to be able to cook and eat it”, enthuses the head chef and co-owner of celebrated London restaurant, Lyle’s. “All the animals have such unique flavours – so interesting and different, and we have an abundance in the UK thanks to our location and attitudes towards conservation – I want people to see that.” 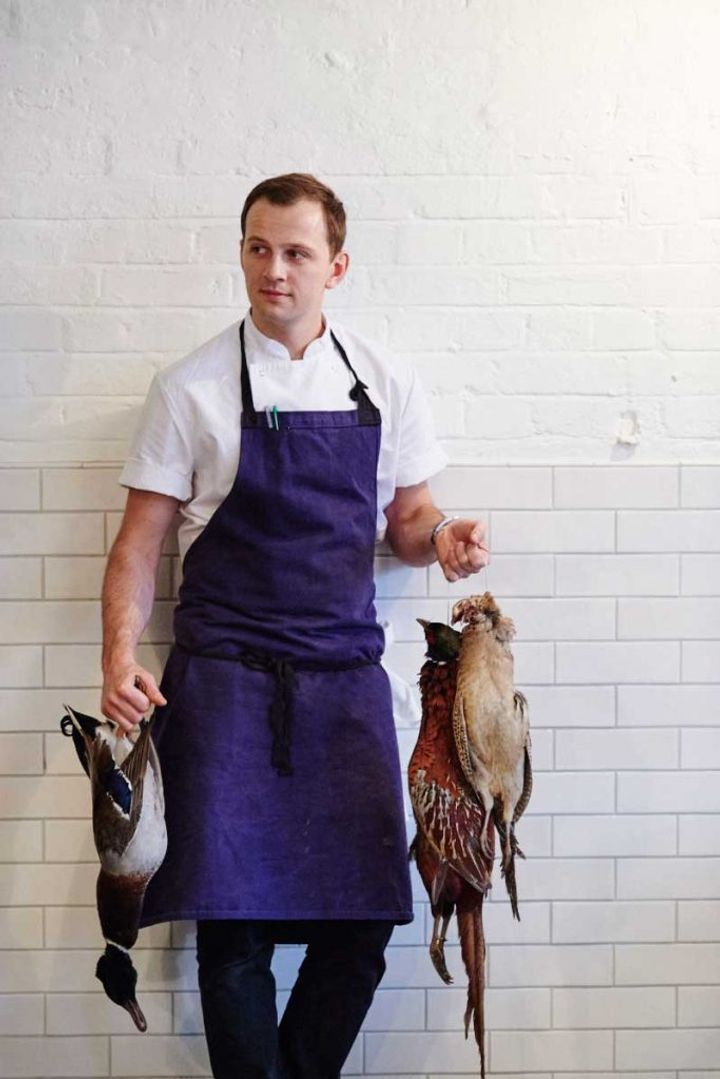 A love of top-quality ingredients is central to Lowe’s culinary philosophy. His menus change daily based on seasonality, and there’s a focus on expertly sourced produce. Dishes often comprise just two or three central elements – think Aylesbury duck with sweetcorn and blackberry, or apple granita and yoghurt. This approach has earned Lyle’s some serious accolades; the restaurant has recently been awarded its first Michelin star, was named as one of the top 10 restaurants in the UK in this year’s National Restaurant awards – and Jamie is a huge fan.  Game is often showcased on the menu at Lyle’s, but Lowe is confident that, with a few of his tips in mind, it’s something home cooks can enjoy too.

Morning guys I Had the most fantastic , thoughtful, delicious seasonal meal last night at the fairly new restaurant @lyleslondon It was most certainly in my top 3 brilliant meals of the year the chef owner @lowejames is a bloody legend such a fantastic talent humble and genuine and frankly amazing value at £39 for 5 or so courses of brilliance !! I’m super proud to give him a massive big up on Instagram and hope you guys look him up . Have a great day love #jamieoliver Lyle’s, Tea Building, 56 Shoreditch High Street, London, E1 6JJ map info@lyleslondon.com 0203 011 5911

“Choose a reputable supplier” says James. This means a visit to your local butcher or, better yet, specialist game seller. They’re likely to be a fountain of knowledge, too, so don’t be afraid to ask questions if you’re unsure.

As with many foods, going for what’s readily available will offer the best value for money and allow you to taste the produce at its peak. “The beauty of game is that the availability of the birds and animals is staggered throughout the season,” says James, “nature almost writes the menu for you.” Countryside-alliance.org is a good resource for checking which varieties are in season.

Because of the tactile nature of game compared to larger cuts of meat, accurate cooking is really important. James suggests investing in a digital probe and oven thermometer. “It may sound over the top, but I promise the results will be better.” 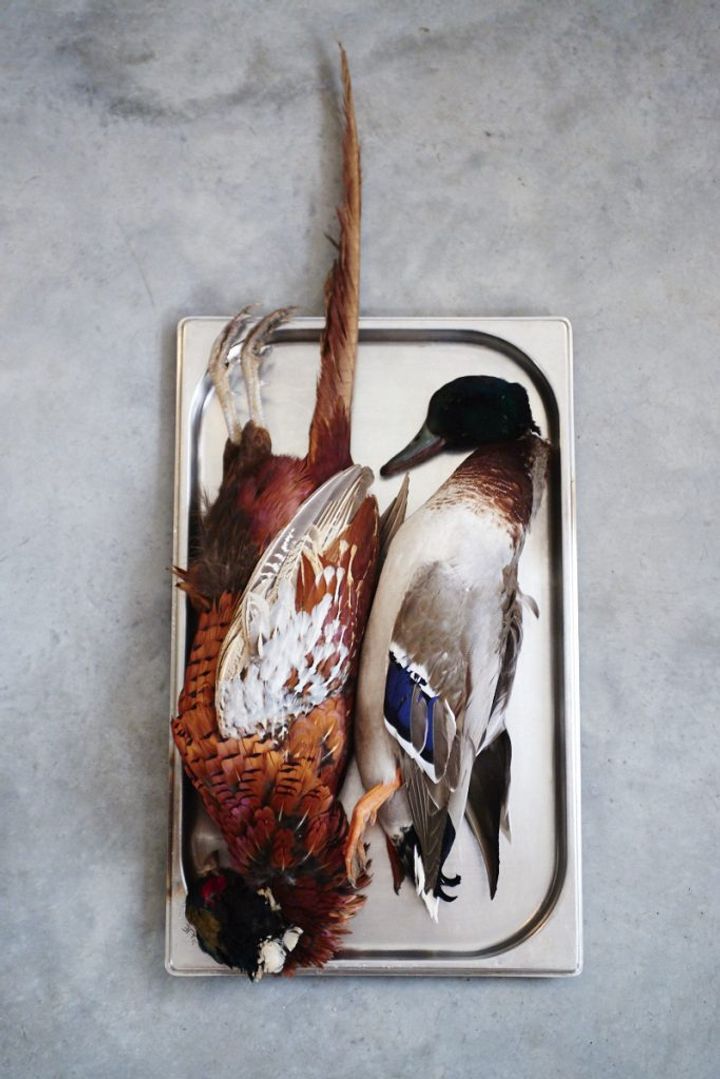 This is a good place to start for those who haven’t cooked or eaten game before, as it has a mild, sweet flavour and doesn’t taste overpowering. Try Lowe’s whole roasted pheasant recipe from the current issue of Jamie magazine. “The main problem with pheasant is that it’s very lean, so the breasts and legs cook at different rates. To avoid this, I braise the legs and roast the crown separately.” suggests Lowe. 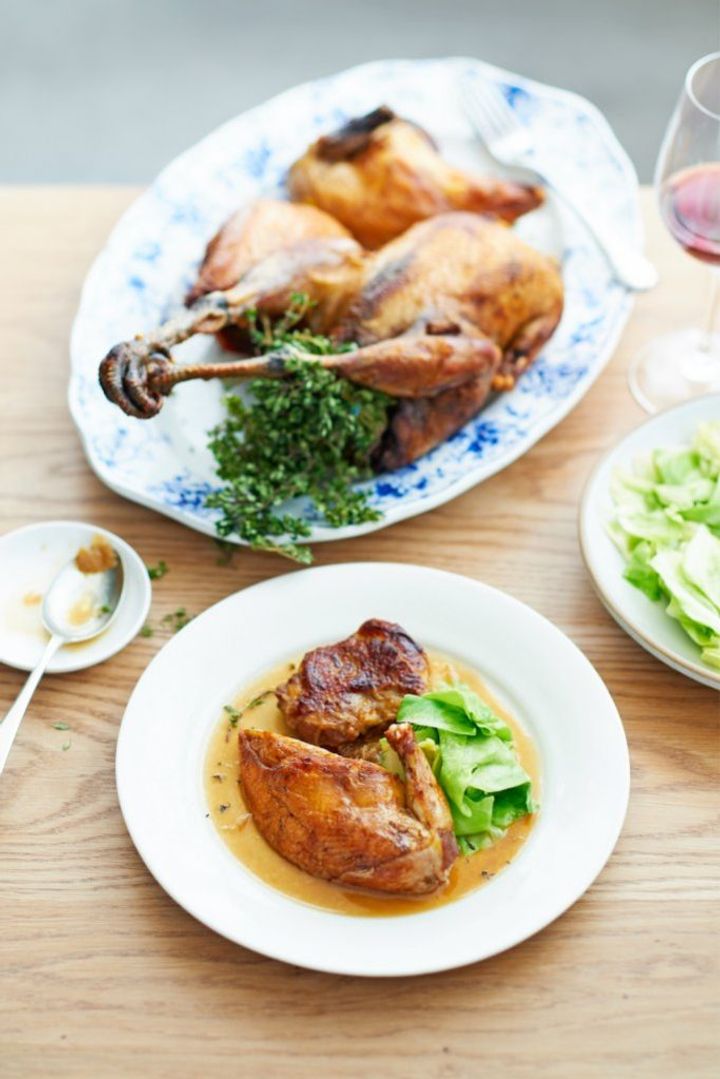 With a stronger, gamier flavour than pheasant, partridge will work in robust dishes, so pair it with earthy root vegetables and rich sauces. It makes a lovely alternative to a classic autumn roast that’s ready in half the time – for early season birds, twenty minutes in a hot oven is usually sufficient.

There are several varieties of wild duck (such as mallard) available in the UK during game season. “It can be quite intimidating,” says James. “But it is almost universally loved by our guests at Lyle’s – it’s smaller than farmed duck, with less fat. I think it has a fantastic chew.” If you can’t track down wild duck, a responsibly-sourced farmed bird still delivers a great result – though it’s technically classed as poultry. Both will work with mellow but earthy flavours– try this slow-roasted duck with celeriac remoulade.

Don’t be afraid of cooking with deer – it has an amazing depth of flavour . “Approach the various cuts in the same way you would any other animal,” advises James, “the shoulder and neck are best braised, the loin and haunch roasted pink or grilled.” The meat will add incredible aromas to autumn one pots like this hearty venison & juniper stew.

Feeling inspired? Check out this exclusive video from James Lowe’s annual game night at Lyle’s, where some of the best chefs in the world visit Britain to shoot and cook with the fantastic game on offer. “I’m hoping they find something they like and use their own cultural references to create something special that’s relevant to them but has been created because of what they will have seen” says James.