What is a vegan diet?

A vegan is usually defined as someone who eats only a plant-based diet. Vegans avoid eating meat, fish, milk, eggs and any other foods or ingredients that come from the killing of an animal or from agricultural practices that lead to unnecessary death or suffering. This includes, honey and foods that contain ingredients such as gelatin or animal fats, as well as additives from animal sources.

It is often the case that families who choose to bring their baby up on a vegan diet will choose to breast-feed, if they can. There are currently no infant formulas suitable for vegan infants on the market in the UK – even if they contain no animal-derived ingredients (for example, the protein source is from soya or from hydrolysed vegetable protein), the vitamin D that is added will have been sourced from sheep’s wool lanolin. Soya protein-based formula should not be given to infants under the age of six months unless under medical supervision.

The main recommended milk drink throughout a baby’s first year is breast milk, but if families choose to use an infant formula, a first whey-based formula is recommended (which won’t be vegan).

From six months, babies are usually developmentally ready for solid foods to complement their milk feeds. In the first year, the main milk drink should remain either breast or formula milk. Unsweetened calcium-fortified soya milk, nut milks, oat or coconut milk can be used in cooking (for example, to soften mashed potato or make sauces), but not as baby’s main milk drink.

It is important not to give rice milk to under fives, as it has been shown to contain traces of arsenic, and would exceed their tolerable daily intake.

Foods to offer from six months

If you’re planning to bring your baby or child up on a vegan diet, you need to make sure they get a wide variety of foods to provide the energy and vitamins they need for growth. Check with your health visitor about the recommended vitamin supplements you should offer in the first year of life – we recommend all breast-fed babies receive a supplement of vitamins A, C and D from six months of age, but vegan babies may also benefit from an iodine and vitamin B12 supplement.

Protein is needed for growth and for maintaining and repairing body tissues, as well as to make enzymes that control many body functions. Vegan infants need a good variety of protein foods, such as peas, beans, lentils, soya beans, tofu, soya yoghurt, nut and seed butters, as well as cereal foods and grains. Pulses are very good first foods to offer because they can be mashed easily and provide a variety of tastes and textures.

Other important nutrients to consider

Iron is essential for lots of body functions – it’s important for babies to receive adequate amounts during the second six months to avoid becoming iron deficient. This can lead to a reduced resistance to infection, loss of appetite and iron-deficiency anemia in the early years, which can impact intellectual performance and behaviour in children. It’s important to offer a good range of foods that contain iron, as soon as solid foods are introduced.

Vegan sources of iron include: whole grains, pulses (such as, peas, beans and lentils), nuts and seeds, green leafy vegetables, tofu, dried fruit, and fortified breakfast cereals (if these cereals are also fortified with vitamin D, remember to check that the source is acceptable to vegans).

It can be tricky to get enough iron into a vegan diet, and if a baby has a small appetite then families should seek advice on the kinds of fortified foods they may wish to introduce as food intake increases. The absorption of iron may be enhanced if foods or drinks rich in vitamin C are consumed at the same time. Iron from plant-based sources is less bioavailable (which means the body cannot absorb it as easily) than those from animal sources, so anything you can do to enhance its absorption, the better.

Zinc is required for the functioning of every organ in the body – it plays a major role in the metabolism of macronutrients (such as, protein, fat, carbohydrates and so on) immune health, vitamin A utilisation and in wound healing. Like iron, zinc from plant-based sources is less bioavailable than zinc found in animal sources, so it is important to make sure that vegan children have foods rich in zinc on a daily basis. These include: pulses, whole grains, wheat germ, tofu, seeds and nut butters.

Calcium requirements in children are much higher than they are for adults for building and maintaining bones and teeth, for nervous system health and muscle function among others. Most infants get the majority of their calcium from breast milk or formula milk, but it’s important for vegan infants to get used to good non-dairy sources of calcium in their diet. These include calcium-fortified soya, almond, oat or coconut milks, tofu, green leafy vegetables, pulses, ground almonds, tahini, figs and seeds as well as cereal foods.

Iodine is essential for thyroid gland function, which regulates the body’s metabolism (affecting heart rate, body temperature and how the body uses energy from food) and is also important for brain development. There are few good plant-based plant sources of iodine and families may be advised to offer a supplement as infants and young children get used to different sources of food. There is some iodine in cereal foods, nuts and some vegetables, but the amount may be variable. It’s important to be aware that the high quantity of iodine found in some sea vegetables, such as seaweed, can be harmful. Vegans should only use a small amount of sea vegetables that are known to have a consistent iodine content, for example: nori, wakame and arame. Many plant-based milk drinks are fortified with iodine and these can be used usefully in cooking.

Vitamin B2, or riboflavin is particularly important for the brain and nervous system as well as for our metabolism. In the UK, most riboflavin is obtained from dairy products and therefore vegan children need to make sure they have a good variety of alternative sources – these include wheat germ, nutritional yeast, pulses, almond butter or ground almonds, avocados, mushrooms and green leafy vegetables. Most unsweetened calcium-fortified non-dairy milks, such as nut or soya milk, contain riboflavin – just 300ml of unsweetened fortified non-dairy milk will provide 80% of the daily riboflavin a 1-  to 4-year-old needs.

Vitamin B12 is required for protein synthesis, red blood cell production and nervous system function. Deficiency can lead to the loss of energy and appetite. Vitamin B12 is found almost exclusively in animal products – the only good sources for vegan children are those that are fortified with vitamin B12. Yeast extract is also a good source of vitamin B12 and some dairy-free spreads are fortified. Vitamin B12 fortified nutritional yeast can be a useful cheese replacement in recipes.

It’s possible for a baby to get all the nutrients they need from a good, varied vegan diet and breast milk, but it is also important to take any supplements recommended by your health visitor. However, the first year of life is an important window of opportunity to introduce a wide range of foods, and when baby reaches 12 months they will be reliant on food for the majority of their energy and nutrients. 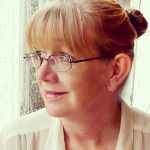 As a registered public health nutritionist and dietician with over 30 years experience, Helen’s expert advice and recipes tick all the boxes for nutrition, budget and ease.