At the moment, I’m perpetually lugging hosepipes around but I don’t care. There’s been a strange yellow ball glowing in the sky for days now and it’s making everything grow and everyone happy. I heard on the radio that it’s a rare phenomenon called ‘summer’. 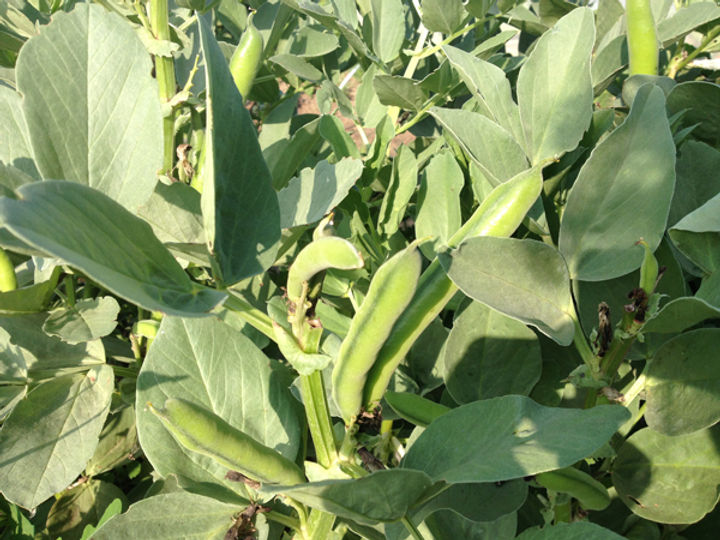 The broad bean harvest is now in full swing. It doesn’t feel like fifteen weeks since I wrote about sowing them but apparently it is. There are many reasons to love this bean, aside from the taste (certainly beats the rather insipid runner bean in my book). I admire its hardiness – it shrugged off that ludicrously long winter we just had and its broad oval leaves are always cheering sight on cold days. I appreciate that it crops early in the summer, after the comparative vegetable drought of late spring. I also respect its antiquity – it’s the only bean we had in Europe till Columbus reached the Americas. All that said, the thought of there being no prospect of baked beans in tomato sauce here till the sixteenth century does make me feel a bit peculiar. 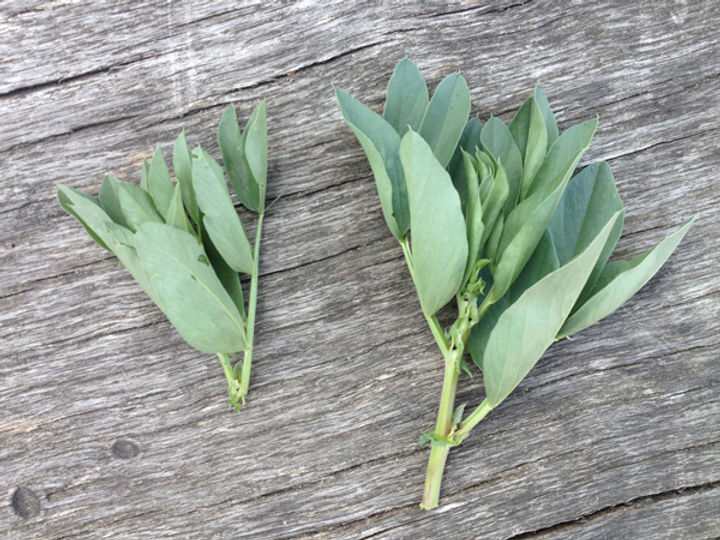 The plant itself is beautiful too, in a stout, no-nonsense kind of way. It needs to be to hold all those heavy pods, which hang in clusters at regular intervals, like the storeys of a building. As with tomatoes, these are called trusses. Before that, however, come the flowers, which are fragrant and usually purply-black and white though there is a striking red-flowered variety.

When the first pods started to form at the bottom of the plant, I pinched out the tops, which focuses the plant’s energies on pod formation and ripening and also helps to control blackfly by denying them their favourite meal. This aphid loves to suck the sweet sap at the growing point. A bad infestation gums the surface of the plant up with their sticky excretions, stunts growth and deforms pods. 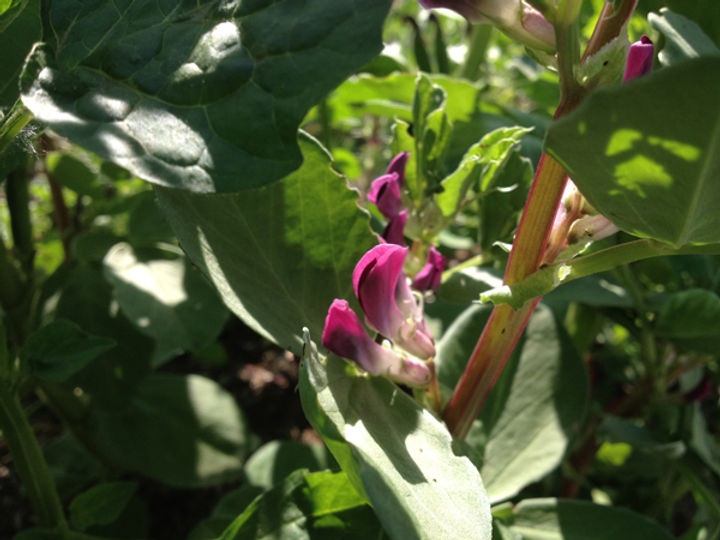 By the time the bean tops come off there are usually four or five trusses of flowers, which means plenty of beans in due course. Don’t throw decent tops away though, as they can be put to many uses in the kitchen. Fifteen Restaurant had the lot this year. They ended up in garden salads, inside ravioli, mixed with ricotta and smashed broad beans on bruschetta and even as a bed under baked bream. 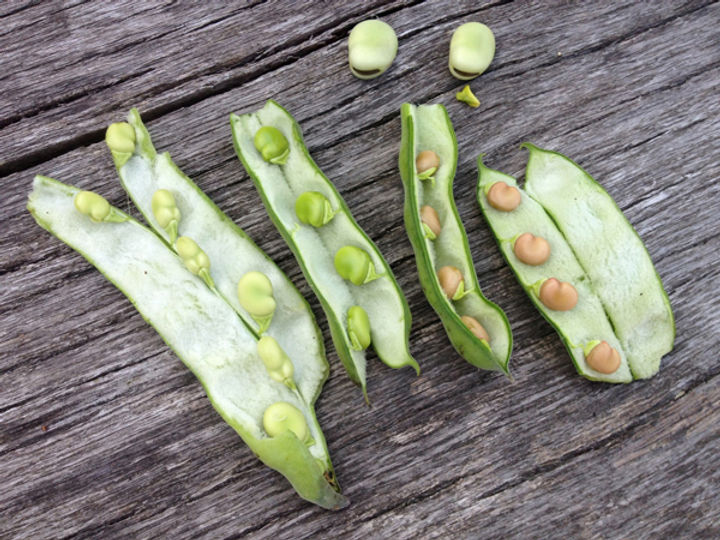 When very small, pods can be eaten whole, either raw or lightly cooked. Any bigger and the beans must be shelled. It’s a job I enjoy, partly because the packaging is so nice to handle – the beans nestle in a delightful material that’s somewhere between foam and fur. It smells lovely and never fails to take me back to a childhood where I was press-ganged into service in the garden by cruel and authoritarian parents. Beans are usually green or white-green but look out for pink ones such as ‘Karmazyn’ and ‘Red Epicure’. All three together on a plate look marvellous.

By picking regularly you can catch all your beans at their sweet and tender best before they turn into starchy, mealy monsters. You can tell if a shelled bean is going over by knocking off its little stalk and looking at the colour of the scar underneath. If this hilum is turning black then the bean is now on the starchy side. Such beans are still edible, of course, but are better off individually peeled, and that way madness lies.