Cameroon’s cuisine is one of the most varied in all of Africa. This is due in part to the geography of this fertile country, which includes savannah, desert, tropical forest, mountains and coast, and allows a great range of crops to be grown. But the wide ethnic and cultural diversity has resulted in many different regional dishes.

In fact, Cameroon is able to trace its history through the vegetables they eat. Repeated European colonisation, which began with the Portuguese in the 15th century, briefly featured the Germans in the 19th, and ended with French and British rule from 1919 until full independence in 1961, has left its mark too. The staple crops of the Hispanic Americas – sweet pepper, chilli, tomato, maize and potato were introduced very early on and incorporated into traditional cooking. The French influence is seen in the availability of French bread and pasta, and that of the British, oddly enough, in terms of desserts.

Despite this, most people tend to eat more traditional African food. A typical meal will comprise a filling, starchy vegetable with a spicy sauce and, if possible, some form of meat – usually fish but sometimes goat, beef, chicken or bush meat – even insects, depending where you are. Fufu, for example, is a dish common in much of Africa and bits of the Caribbean too. A boiled, starchy vegetable is pounded with pestle and mortar into a doughy mass, then rolledd into little balls and dipped into sauce or soup – it’s much more moreish than it sounds.

Maize, consumed throughout Cameroon, is frequently the starch of choice but there are others, namely yam, cassava, cocoyam and plantain. With only one season’s experience of growing food in the tropics to my name, I must confess I find the large roster of starchy tropical vegetables a little confusing, especially all the underground tubers, which go by several names and seem – to the inexperienced eye at least – look rather similar. In St. Lucia in the Caribbean, where I did my growing, they all went by the rather pleasing term “ground provisions”, as in the phrase “I’ll have the goat-neck curry but no provisions – I’m on a diet” (said by a gun-toting female prison warden with one eye on her waistline and the other on her machete-wielding charges, working in the fields). 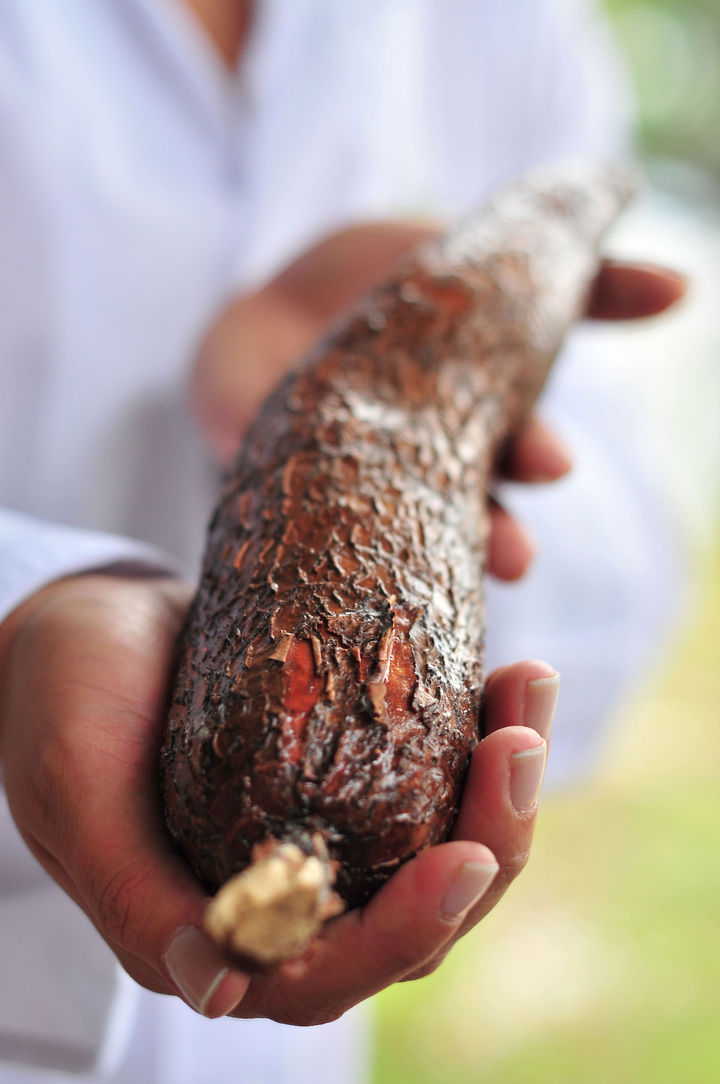 With the exception of maize, none of the crops listed above can be grown outdoors in the UK, but they all turn up in metropolitan markets and are worth experimenting with. Cassava (also known as manioc) deserves a mention at this point. It originated in South America and was introduced to Cameroon by the Portuguese after their explorations about 500 years ago – Americans may know the dried form as tapioca. Impressively, the tubers will last in the ground for up to three years, which provides useful food security for people living in a warm, humid environment. This comes at a price, however: all but the newest cultivars need to be cooked right to remove toxins.

The national dish of Cameroon is ndole, or bitterleaf soup, made with the leaves of a plant named Vernonia, which is in the same family as sunflowers and daisies. It’s a really thick soup (almost like a pesto) that also contains peanut paste (another introduction from South America), plus beef or fish and sometimes shrimps. 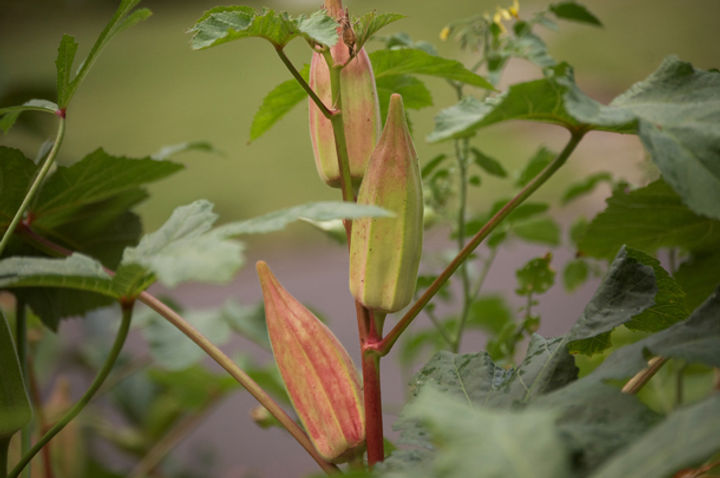 Another popular ingredient in sauces and stews is okra, which has a rather dark history compared to the bright green (or occasionally red) ribbed pods of a tall annual plant in the mallow family. Okra is actually native to Africa, but the slave trade was responsible for it gaining a strong foothold in the Caribbean and southern United States, where it is called gumbo. The flavour is mild and pleasant and works well with tomatoes and aubergines. I’m a great fan, but those not put off by the history might be put off by the internal texture, which is a little slimy – or mucilaginous to use the technical term!

Food is so fascinating because of the places it can take you. Perhaps nowhere in the world is that more obvious that Cameroon. Ingredients are always bound up with the wider history of human interactions… good and bad.

Header image by Eunice, corn by David Spender and Cassava courtesy of CAIT.