As a rule, we think of carrots as being orange. However, that’s a pretty recent development – the original carrots were red or purple, and were domesticated in Iran and Afghanistan a good 3,000 years ago. Moorish Spain added yellow ones to the roster but it was the Dutch who, sometime in the sixteenth century, developed our familiar orange roots. Through a weird quirk of history and language, these were then enthusiastically adopted by the House of Orange as it fought for independence from Spain. All these colours, plus white and a violet bordering on black, have made a comeback here in recent years, branded as “heritage” cultivars. 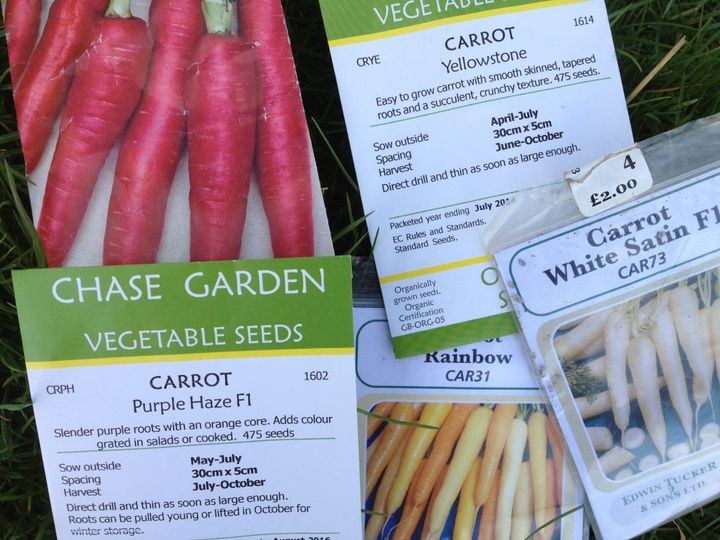 Once you’ve bought your seeds, how do you know when the soil is warm enough to sow carrots outside without protection? I always take the sudden appearance of tiny weeds everywhere as my guide, which happened last week. I hoe these off and then sow the carrots. My neighbour Bruce, patriarch of the row where I live, says that it’s when you can drop your trousers, sit bare-cheeked on the vegetable bed and count to twenty in comfort, but each to their own.

As with parsnips, carrots grow best in soil that is deep, light and free from stones (roots will fork or “fang” round them). They like it fertile but not over-rich – if organic matter was added for the previous crop that will suffice. The seeds are small, so work the soil to a fine crumbly tilth before sowing, and remove all weeds first. Try to sow fairly thinly to reduce the need for subsequent thinning. An eventual spacing of around 5cm is about right.

It’s important to water regularly during dry spells to keep the soil moist. Otherwise, drought followed by a downpour can result in roots splitting.

The bane of carrot growers is the carrot fly, whose larvae bore little tunnels in the roots. Seedlings usually die; older plants grow poorly and may end up so riddled with holes as to be useless for eating. Reddened and wilting foliage is the sign of an infestation. Whilst a crop grown in the isolation of a garden may escape, carrot fly is often endemic on allotment sites. 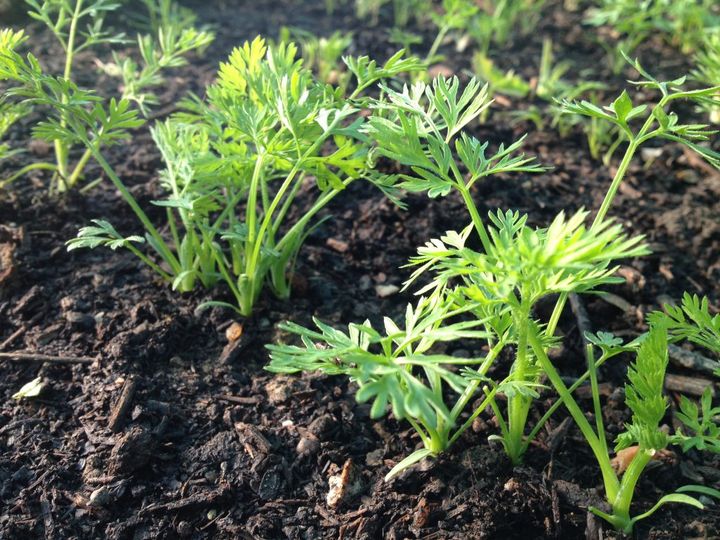 Various tactics can be employed to defeat this pest. Sowing early with frost protection in March, and late – at the start of June – should miss the main problem period. Then there are varieties that offer some resistance, such as the imaginatively named “Flyaway” and “Resistafly”. Sowing a sacrificial row of something less resistant alongside these is thought to distract them too. Some people swear by intercropping with a pungent crop such as garlic or onions to confuse the fly, which searches for carrots by smell. This is why thinning must be done carefully, to avoid bruising the foliage and releasing attractive odours. Nip thinnings off, bury them in the compost heap and give the remainder a watering to settle them back in. Likewise, don’t rip the tops off larger carrots in situ in a cavalier fashion – carry them away from the plot first. The best counter-measure is to grow under fine mesh secured at the edges, or to erect a mesh barrier rather like a seaside windbreak around the rows of carrots. These are easily bought and need only be 60cm high, since the flies are poor aviators. 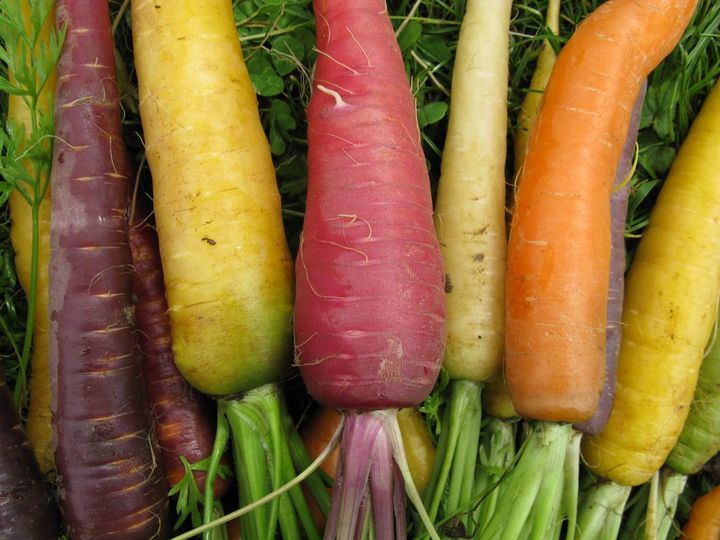 If it all sounds like a lot of faff, I assure you it’s worth it. To quote Withnail’s Uncle Monty, “There is, you’ll agree, a certain ‘Je ne sais quoi’ oh so special about a firm young carrot.” He was certainly right about this vegetable: you’ll never eat carrots as sweet and, well, quite so carroty as the ones you grow yourself.