There’s something magical about a well-made cocktail. It’s a special treat that transports me into a different world or time. Every cocktail on any menu in any bar around the world has a brilliant history – classy or crude, who cares?

Great countries, events and people have been immortalised by having a boozy concoction named after them. More than just the invention of the drinks, I’ve always admired the talented folks who conjure up the names… Fuzzy navel, anyone?!

The world of cocktails is vast and varied, so I’ve look into its history to make sense of it all.

The origin of the word “cocktail” is believed to be related to the practice of docking the tails of horses to resemble the tail of a cockerel. This was generally done to make a non-thoroughbred horse more attractive to a buyer. It is said that a “cock-tail” came to mean a horse of mixed breed, which extended to the idea of a mix of spirits. An interesting aside that backs the theory is that a desirable horse like a thoroughbred would have a high tail, wide eyes and an active disposition, so to increase the chances of selling the horse for a good price, a colic of blended oats, gin, water and ginger would be given to the animal just before it went to auction to perk it up a little.

I always thought that cocktails were very much a 1920s New-York-and-Paris “boom-years” invention, but their roots are more likely embedded in 1700s London. Because of an increase in good grain harvests, King William III reduced taxes on distillation to help improve the nation’s health. Many Brits already drank low-alcohol ale and cider daily because the water was bacteria ridden so, when the new refined, higher-alcohol “hard stuff” hit the pubs and chemists, it was like a drug epidemic. Spirits like gin were given nicknames such as “Mother’s ruin” because of the emotional and physical affects of drinking hard spirits daily.

In the 1800s, cocktails took off in a big way. Jerry Thomas, an American bartender, is credited with laying down the laws of cocktail recipes and barmanship. The experimental nature of cocktail-making captured the richer classes’ tastes, and the popularity and value of mixing drinks grew. By the early 20th century “American Bars” were popping up all over Europe, with the London’s Savoy and Claridges Hotel becoming stalwarts in this new circle of social drinking.

Today cocktails epitomise relaxation, holidays, parties and business networking. Your favourite very much reflects your personality – do you want a dirty martini straight-up, or fun and fruity strawberry daiquiri? There’s a cocktail for everybody, which can be a bit overwhelming – so here is my super-simple jargon buster for you aspiring mixologists.

Please share your own cocktail-making tips, tricks and stories below. The art of cocktail making is about technique and experimentation – enjoy drinking them responsibly for maximum happiness! 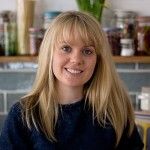 Pip is a junior stylist in Jamie’s food team. She spends her life following Jamie around, testing his recipes and helping out on shoots. She is addicted to Instagram (@pipparoo_spence), fascinated by food history, and obsessed with homemade ice cream. Mostly she writes about store cupboard heroes, using up leftovers and hearty comfort food.