Do most people prefer filleted or whole fish? A quick stroll around a UK supermarket will probably tell you that in most cases it’s the former.

Why? Our British love affair with filleted fish has meant that 170,000 tonnes of useable offcuts, including the heads, cheeks, gullets and liver, all get thrown in the bin every year in the UK. However, what most of us perhaps don’t realise is that they’re not only useable but arguably the best bits!

British demand for fish fillets, particularly cod and salmon, has also meant we’re relying on ready-filleted and packaged imports from countries like Iceland and Norway, where these species are most common. But while over-fishing of our popular fish has led to a serious decline in these stocks, British fishermen, who haul in a huge variety of fish, from turbot and monkfish to megrim and bream, are having to sell 90% of their catch abroad, simply because we don’t want them. Something doesn’t add up!

Back in 2010, Jamie teamed up with Hugh Fearnley-Whittingstall in the Big Fish Fight, a campaign and TV series to raise awareness of dwindling fish stocks and the huge problem of discards. Discards are fish that have been caught and thrown back to sea, because they’re too small or too unpopular and there’s little market value in bringing them to shore. Anywhere between 40% to 60% of all fish caught worldwide are discarded, despite being perfectly edible and, in most cases, pretty tasty too.

By changing our buying habits and choosing different varieties of fish, we can help to relieve over-fished and threatened species, while creating a market for the unpopular species that are often discarded at sea.

Making use of whole fish is also a great way of making the most of your money, creating tastier meals and reducing food waste – and it’s totally achievable, too. Here are some quick and easy ways you can start making a difference:

Try fish that you’ve never heard of before

Ask your fishmonger what they recommend – they’ll be able to tell you which fish is local, how it was caught, which is more sustainable, and which is fresh that day.

Cooking whole fish might seem like a bit of a minefield, but it is really no more difficult than cooking the fillets alone. You’ll get more meat for your money, and it’s where you’ll find the tastiest morsels. See Jamie’s recipe for Mediterranean-style dab or watch Gennaro cooking a beautiful sea bream right on the Amalfi Coast.

Next time you’re at the fishmongers, ask them for the head and bones as well as the fillets. You can use them to make your own delicious fish stock, which you can freeze, ready to use on a rainy day. It’ll add incredible depth of flavour to fish stews, soups, risottos, seafood paellas or noodle broths. 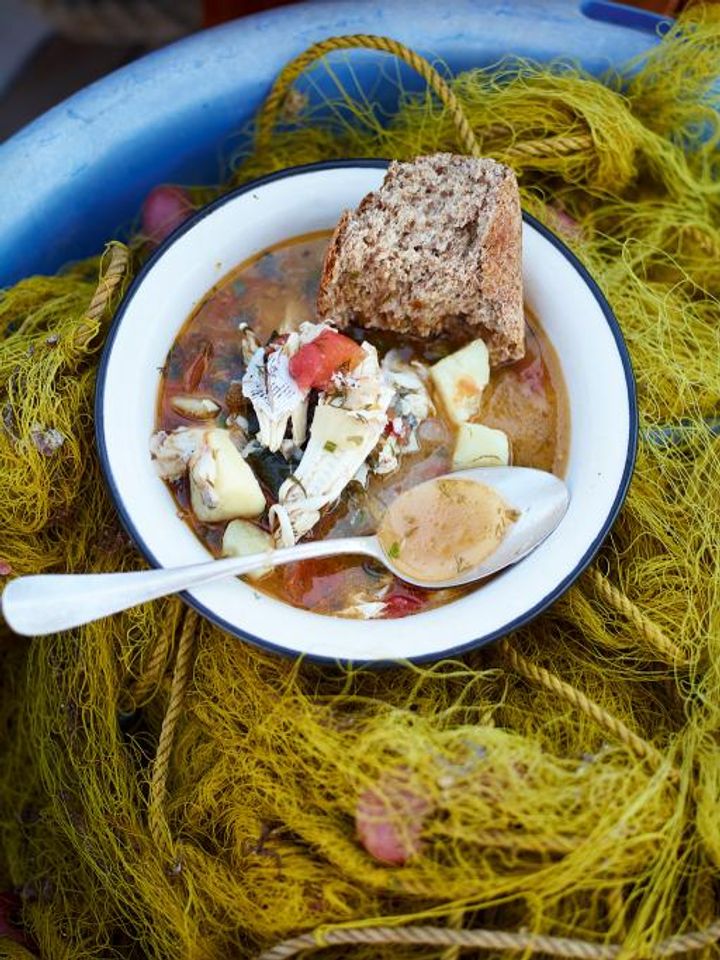 Look out for the Marine Stewardship Council (MSC) approved logo. The MSC measure the sustainability of our fish stocks, so by buying MSC-approved fish, it’s much easier to know when you’re buying responsibly.

For more fish ideas, check out the rest of our fish recipes! 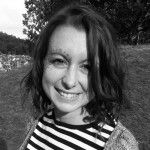 Malou Herkes is a scrap-saver, wonky-veg worshipper and trash-talker. She hates to see food wasted about as much as she likes to eat it, which works out well. For recipes, tips and info on how we can all help reduce food waste follow her on Instagram.