It’s barbecuing time! Not because summer is just starting to sneak through the clouds, but because today DJ BBQ – Jamie’s go-to man for smoking food and cooking over fire – releases his first book.

The BBQ Book comes off the back of Food Tube, Jamie’s YouTube channel, which finds new talent and gets them out there. DJ BBQ is the king of “catertainment”, coking up food and DJing at events all over the world. His sticky leg of lamb has mythical status in Jamie’s office, and his rad ribs aren’t far behind.

With recipes like that it’s no surprise to find that he originates from the southern states.

“My mom and my dad broke up when I was quite young,” he tells me, “so all of a sudden there’s my dad, who’s a greeting cards salesmen for Hallmark but used to be a navigational officer on helicopter carriers picking up astronauts, looking after me. I had to fend for myself a little bit, so I learnt to grill from the age of eight. He knew some stuff about food, but he mostly knew about barbecue because his dad was a big barbecue guy.”

The idea that growing up cooking over flames as a way of learning to cook could ever translate into a career is something he still has trouble formulating in his mind.

“I’m still in shock, man! Food Tube has been a phenomenal thing to be a part of, and to get the chance to put all that love and all those recipes into a book and have Jamie endorse it is just one of the raddest things.

“My family all love Jamie. It’s almost like a family cookbook in a way, because it’s everything I do at home for the kids, the wife and friends – and it’s got my ancestors’ recipes in it too, so it’s a very cool thing.”

Recipes from DJ BBQ’s family make up a lot of the book. One of the book’s best dishes is a meatloaf that was passed down to him from his grandparents. 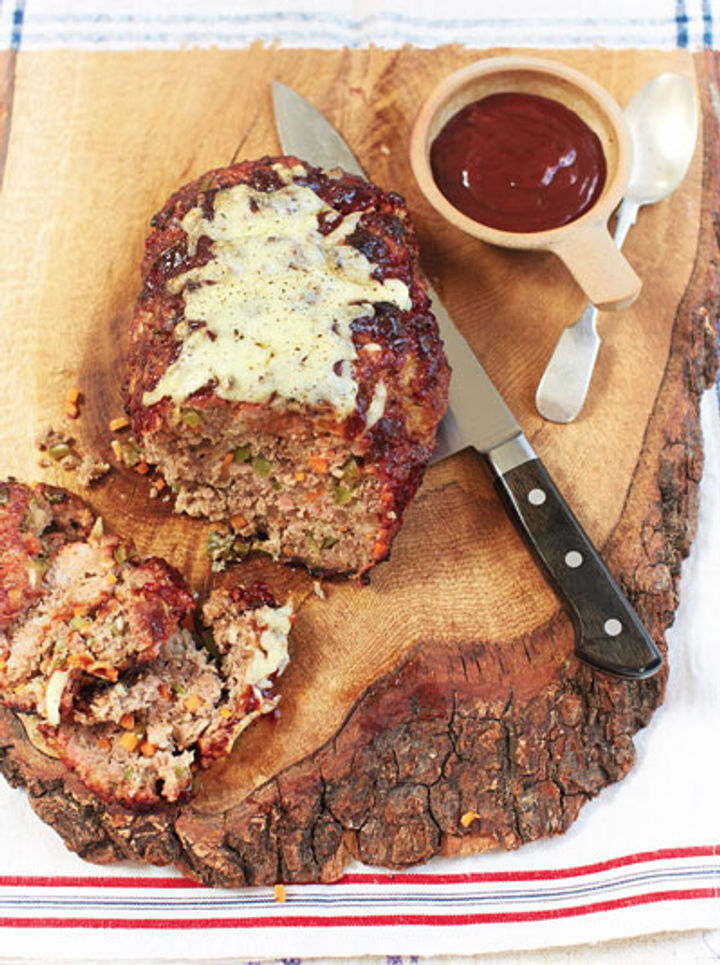 “When you’re a kid you almost think ‘Aw meatloaf? Come on’. But I remember my gran made a mean meatloaf, and when my grandparents died my dad collected up all their recipes and made books for the family. SO I used exactly my grandma’s meatloaf recipe and it’s amazing – I think the cheese on top helps. It’s also got my BBQ sauce from Planet Damn, but with my grandpa’s extra spicy kick to it.

“It tastes of home, like a lot of recipes in there. Meatloaf for me is going to Iowa, cruising the main drags, going to this lake and having my first kiss, touching my first boob, then going home to find some meatloaf in my gran’s fridge and thinking ‘today was awesome!’.”

That’s not to say the recipes are all from the Deep South. DJ BBQ has lived in America, the UK and Portugal, the latter of which has a really long heritage of cooking over fire and still teaches him things every time he goes back.

“The joy about barbecue is there is so much to learn. I just came back from Portugal, where I learnt so much about how to grill chicken and fish – these guys were cooking on the back of a compressor coil over an oil drum, but I learnt things like authentic piri-piri sauce, and that you have to cut into the meat to make it thirsty for the sauce; stuff I didn’t know. I’m 46 years old and I’m still learning!”