The World Cup is just three days away now, and this is the first in a series of culinary nods from myself to the cuisines of the teams. I’m starting in Croatia, who take on the hosts, Brazil, in the first game of the tournament on Thursday.

A very important part of any trip around the world for me is discovering new foods and people, and getting a glimpse of local traditions – and sometimes there is a lot to see.

Croatia, located on the coast of the Adriatic in the Mediterranean, brings together a cuisine influenced by many interesting regional variations. Local diets inland are coloured by the Slavic traditions and the neighbouring central European cuisines, while Croatian coastal food and drink is heavily influenced by the countries Croatia trades with, as well as Mediterranean cuisines such as Italian food.

Croatian doughnuts, called “fritule” or “Uštipci”, originate from the historic Croatian coastal region of Dalmatia.  Fritule are traditionally served at Christmas time, but I find it really hard to stick to such rules, so you’ll have to allow me a little leeway here. My thinking is that if I see mini doughnuts, especially ones as tempting as these, I want to taste them right now!

I used a homemade Polish cherry brandy to flavour the fritule, since as that’s what I had to hand, but fritule are locally flavoured with lemon zest, vanilla and brandy or a similar Croatian liqueur called “loza”. 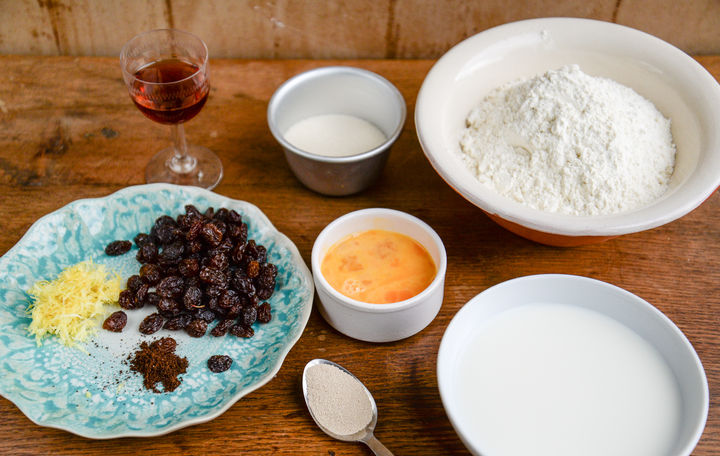 So why did I choose these Croatian mini doughnuts? I think they’d make the perfect treat for a football-themed party, because bite-sized snacks always go down well. They’re also so simple to make –the batter comes together very quickly and easily before teaspoons of the dough are dropped into hot oil to cook for just a couple of minutes.

A little warning though, these Croatian doughnuts are highly addictive, particularly when sprinkled with powdered sugar! The best part is definitely biting into a soft nugget of raisin within the dough…

So, have I convinced you to add them to your party menu?

Mix together the plain flour, yeast and sugar. Add the beaten egg, lemon zest, vanilla and brandy. Stir together well with a wooden spoon and then gradually add the milk. A thick batter should start to form, but you can use a whisk to mix the dough to make sure everything is well combined and that there are no lumps. Add in the raisins, stir again and leave to stand for 30 minutes. You should have a batter with has a dropping consistency, if it is a little thick, add a splash more milk.

In a large pan, heat the oil until a cube of bread browns within 20 seconds) then quickly drop teaspoonfuls of the batter to the pan – until you have around 8-10 cooking. Fry the mini doughnuts on all sides, until they are golden brown – 1-2 minutes in total.

Carefully take the doughnuts out using a slotted spoon and drain in a bowl lined with kitchen paper.

Once they’re all cooked, sprinkle them with powdered sugar and serve warm in front of the TV! 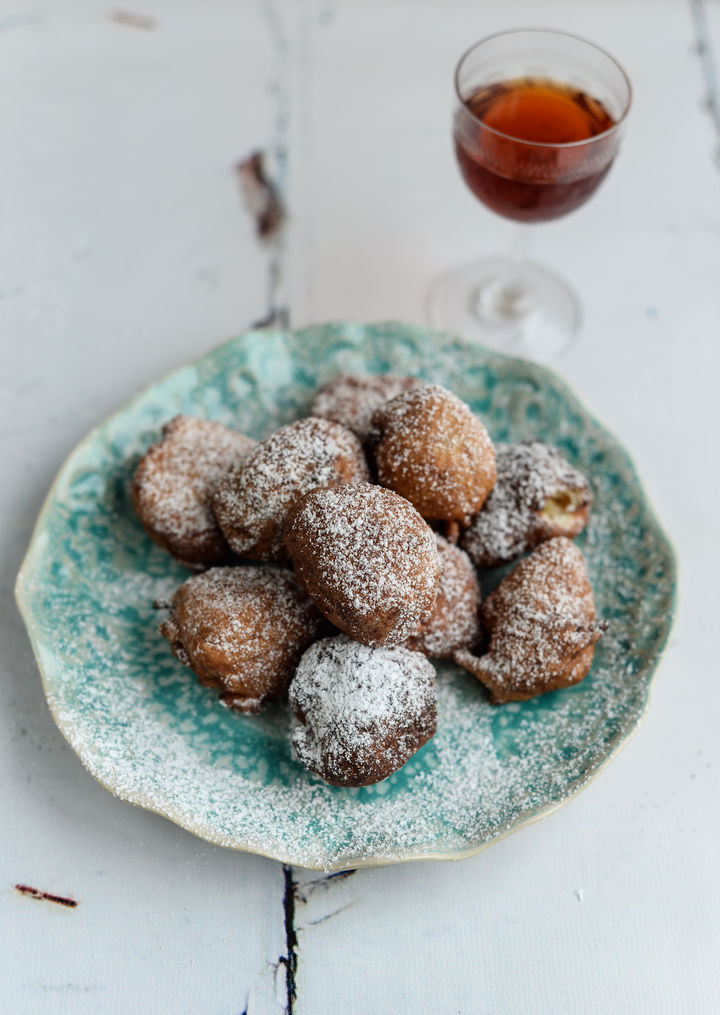