There's always a lot to do in December, but not much time in which to do it before the Christmas holidays begin. Short days and grotty weather don't help matters. Ideally, I'll have finished weeding the vegetable beds by then, so that in January I can concentrate on mulching them.

Sadly, that seems unlikely – it was such a mild autumn that the weeds just kept on growing, and we didn’t have frost until 22nd November. That’s really late. Never mind, it’ll all get done somehow.

Tidying up aside, my main task this month is to make sure that Jamie and family have all the vegetables they might want over the festive period easily to hand. It’s no fun on a cold wet night to trudge out to a muddy field to dig up leeks. For my part, it’s pleasing to know that they are going to be eating really top-notch stuff. 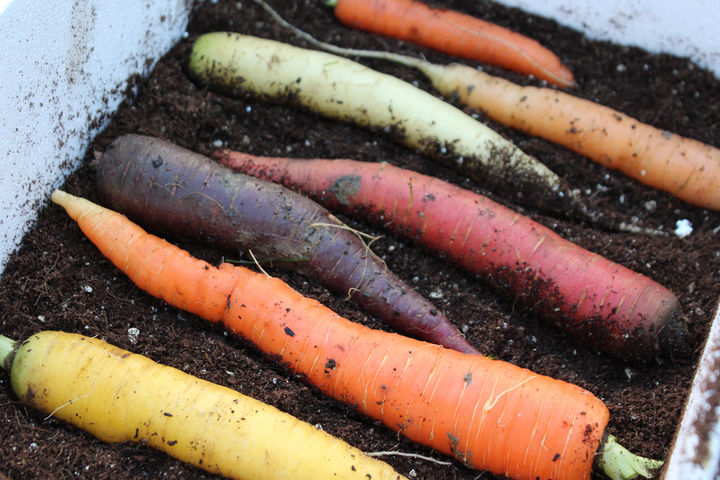 Not everything can be left in the ground right up till Christmas. Beetroot and carrots  will be damaged by hard frost, so I lifted a lot over autumn and stored them in boxes of old potting compost in the big fridge. Any cool place will do – a garage or shed – as long as it’s free from vermin. To store root veg in this way, select undamaged ones, remove the tops and arrange them so that they do not touch. Any rot that appears is then less likely to spread. Check up on them from time to time – they should keep for months like this. 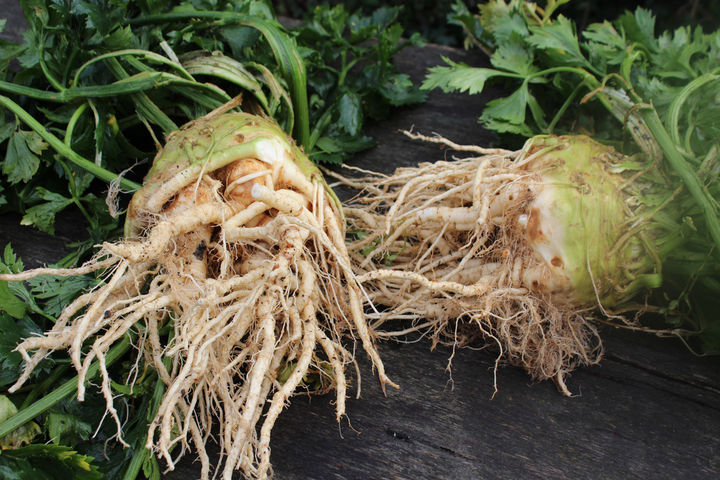 Celeriac is hardier, especially if mulched with straw, but before any prolonged cold spell it should be given the same treatment. Parsnips, on the other hand, are virtually indestructible, but it’s annoying when a cold snap freezes them into the ground (so I always store a few of those too, just in case). Ditto leeks, which can be transplanted into a bucket of soil somewhere cool but frost-free, or heeled in to a greenhouse border till needed.

The potatoes have been in paper sacks in a dark storeroom ever since I dug them up in September. Again, it’s important to look periodically for signs of rotting and also to keep them dark, otherwise they’ll turn green and become poisonous. Onions, shallots and garlic just need somewhere cool and dry, and certain varieties can keep well into next year. The same is true of squash like ‘Crown Prince’ and ‘Queensland Blue’, which normally have an eat-by date of April. 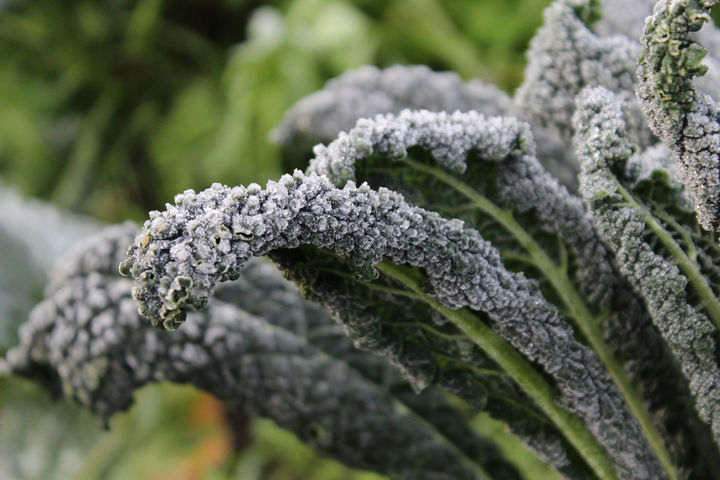 All the green stuff – kale, cavolo nero, cabbage, winter salad – I leave for Jamie to pick fresh at the last minute. All of them benefit from a touch of frost, which sweetens them up a bit. The only greens newly in season this month are Brussels sprouts, which are to my mind an integral part of the Christmas meal, guaranteed to divide family opinion and make children unhappy. Contrary to British culinary tradition, their edibility is vastly increased by not boiling them to death. The whorl of loosely hearting leaves that crown the plant are also an underrated source of winter and spring greens, for when the sprouts themselves have all been picked. 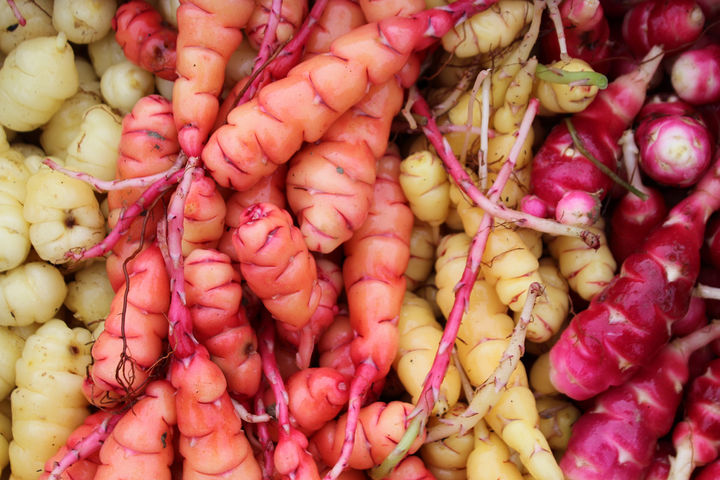 The oca is also ready to harvest now. I’ve been fond of this colourful Andean tuber since a trip to Bolivia a decade ago, but it’s yet to catch on here in the UK. It needs careful breeding to mature earlier and crop more heavily at our latitude. They like it in New Zealand and call it yam. The flesh is starchy with a lemony taste that comes from the presence of oxalic acid (as with sorrel) and is delicious roasted, though sadly the fluorescent colours fade. Oca is grown in the same way as potato, itself originally from the Andes.

I must confess, I don’t grow all the festive food. I’d need a large, heated greenhouse to produce decent citrus or pomegranate. Chestnuts would be possible if only we had a Sweet Chestnut tree. There’s one in the car park of my local supermarket, which I have foraged from on occasion, but the location forbids me from throwing sticks up to dislodge a decent amount. The time to collect these is late October and November – the ones that fall early in autumn are puny and no good to eat. Wear gloves, because the seed casings are viciously spiny.

Likewise, I could grow cranberries to accompany the turkey (both are north American imports that we have taken to heart), but given that the soil here is alkaline I’d have to do so in large containers filled with (peat-free) ericaceous compost. With some effort, it’d be possible to eventually have enough for sauce on Christmas Day – but if your soil is naturally acidic and damp then I’d give them a go. Hardiness is not an issue: they can cope with sustained periods below -20ºC.

If all this doesn’t sound much like three weeks’ work, please factor in the other big seasonal job: thrutching up trees and clambering under guttering with long strings of fairy lights. It’s lucky I used to climb a bit! By the time we’re done, the place is looking lovely and ready for the festive season.