So we’re on the road with Jamie, or rather, in the air to begin our journey into American food and my first into the United States. And although it doesn’t really count, let me start with the tale of BA’s food on the plane. Oh, by the way, I’m with Rich, Jamie’s Food Tube Channel Manager filming some amazing San Francisco and Phoenix How To… videos to really get to the heart of the new wave of this country’s food scene.

Chicken in lemon cream sauce – nice juicy breast fillet, pretty good, served with fat chips! So after soaring over the amazing landscapes of the Scottish Highlands, the volcanoes of Iceland, the ice floes of Greenland and into the verdant expanse of Western California we land. 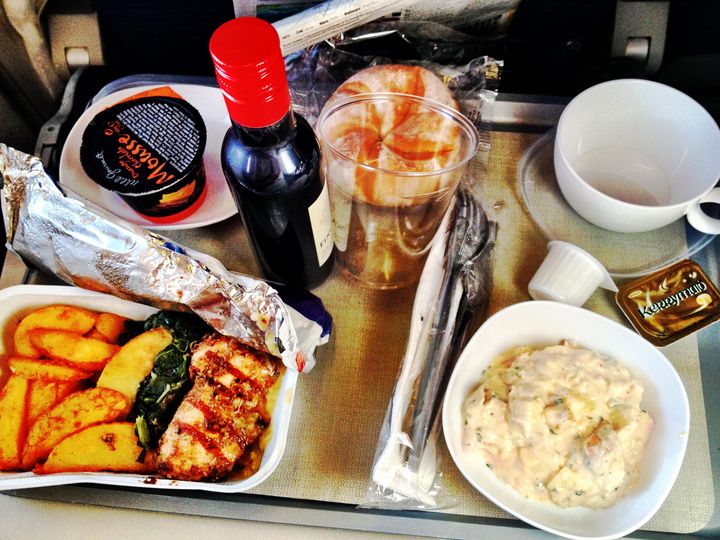 Immigration was easy, but not very smiley and Walter the car rental guy nearly fainted when we told him we worked for Jamie – this is a theme that keeps cropping up; Jamie is well-loved in this region. San Francisco is kind of sheltered, a bubble that doesn’t truly reflect the food habits of the rest of the nation and this becomes obvious when we drive down Union Street – artisan bakers and florists, beautiful seafood restaurants covered in fairy lights (more of that tomorrow) – this is the norm?

But our hotel is NOT in a place like that – it’s more like a scene from Dirty Harry, with chest-bumping gangs of suspicious youths on every corner and Vietnam Vets pushing their shopping trolleys full of other people’s recycling, slow-moving police cars whirring their siren every now and then and skateboarders sliding down the public library handrails – it’s a parody of itself, it’s the real America and the poverty is a little shocking.

But then we find a refuge, a place called Sam’s Diner. A sports bar with food, in San Francisco, on Superbowl week; and San Francisco 49ers are in the Superbowl!

So Rich orders the Meatball sandwich, sweet, honeyed pork and marinara sauce, Swiss cheese in a brioche. Beautiful. Then my Angus burger with Provolone and Jalapeno! The best I’ve ever had. It was medium-rare, and so juicy. The bun was crispy with a bit of chew and the fries were everything they should be. 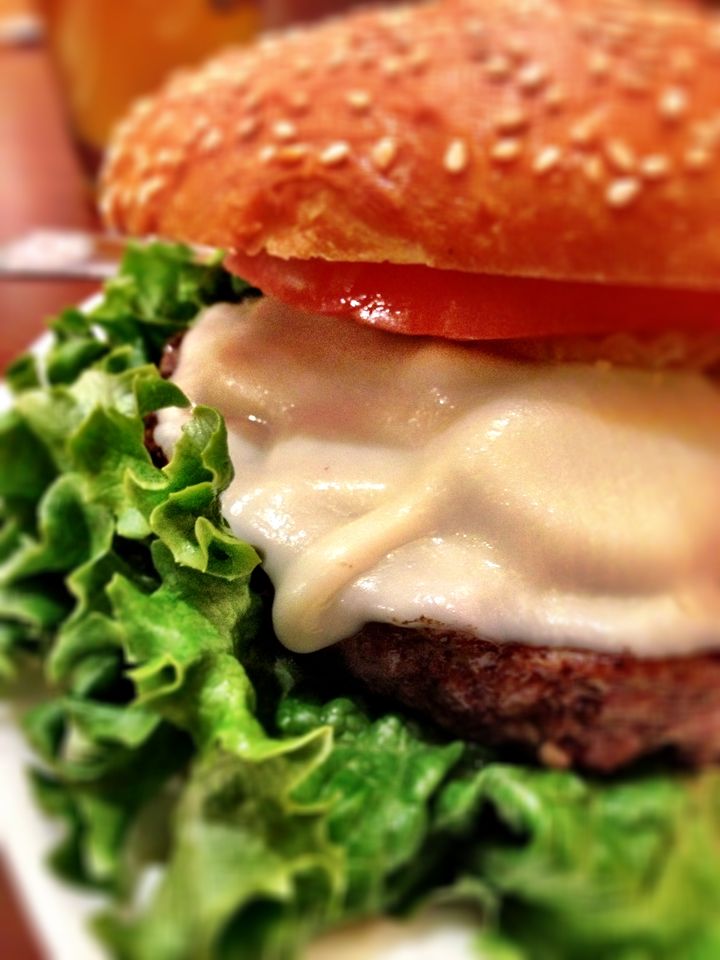 Despite the fact we hadn’t slept for 24 hours, we both knew we were in a foodie city, especially if this is what a middle-of-the-road diner offers.

Can’t really remember much more after that as we were gone….