I love that potatoes are such a blank slate. From the simplest forms of baked, boiled or mashed, to a fancier dish like Duchess Potatoes, they that can be dressed up in so many different guises.

It doesn’t matter what time of year it is either – potatoes can be a hearty addition to a warming dish or a soft change of texture in a fresh summer salad.

As we move into winter though, I can’t think of a more comforting dish than an easy potato gratin – or scalloped potatoes.  Often this dish is made simply with potatoes and a canned (mushroom) cream soup, but a few clever substitutions can make this dish really special.

Growing up in Australia, scalloped potatoes were a real winter staple. On a recent trip home, I was thumbing through some classic Australian cookbooks from the 1940s and 50s, and every one had their particular version of a scalloped potato dish – all a variation on potatoes with cream, baked until the potatoes are lovely and tender and golden on top. 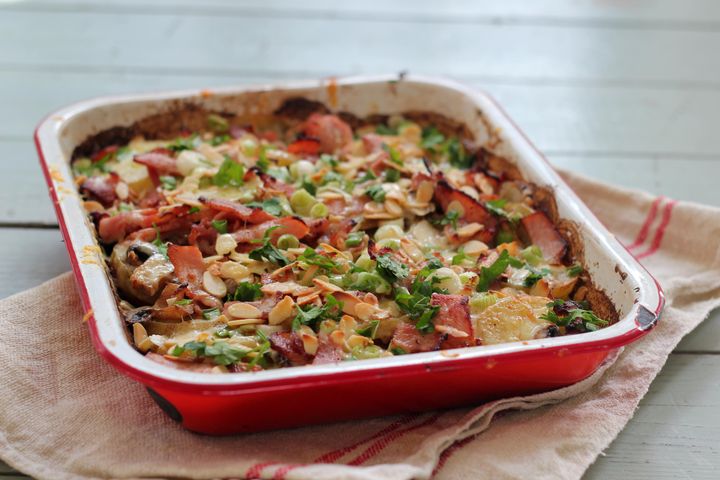 I’ve taken the ingredients I like to use when I serve (twice) baked potatoes and turned them into a potato bake, adding double (heavy) cream and fresh mushrooms for a true comfort food dish.

This stands alone as a main dish with a salad, but is also a perfect accompaniment to your winter roasts. And the leftovers (if you have any!) will taste even better the next day!

In a heavy saucepan, bring the cream and garlic to a boil over medium-high heat, then allow to simmer for a couple of minutes. Remove cream from the heat and add the potatoes and mushrooms. Season with salt and pepper then stir thoroughly to coat.

Carefully pour the potato and mushroom mixture into the prepared baking dish. Cover with lightly greased foil and bake for 50 minutes.

While the potatoes are cooking, lightly fry the bacon pieces in a heavy skillet over medium heat. You don’t want to cook the bacon until it’s crispy because it will cook again in the oven. Drain on a paper towel and set aside.

Remove the foil from the potato bake and sprinkle the Cheddar, flaked almonds and most of the bacon and spring onion on top, reserving a little for a garnish

Bake, uncovered, until the cheese is melty, bubbling and starting to brown a little, probably 10-15 minutes. Check the potatoes are done with a skewer, then remove the potato bake from the oven and allow it to sit for a few minutes. Top with remaining spring onion and bacon, then serve. 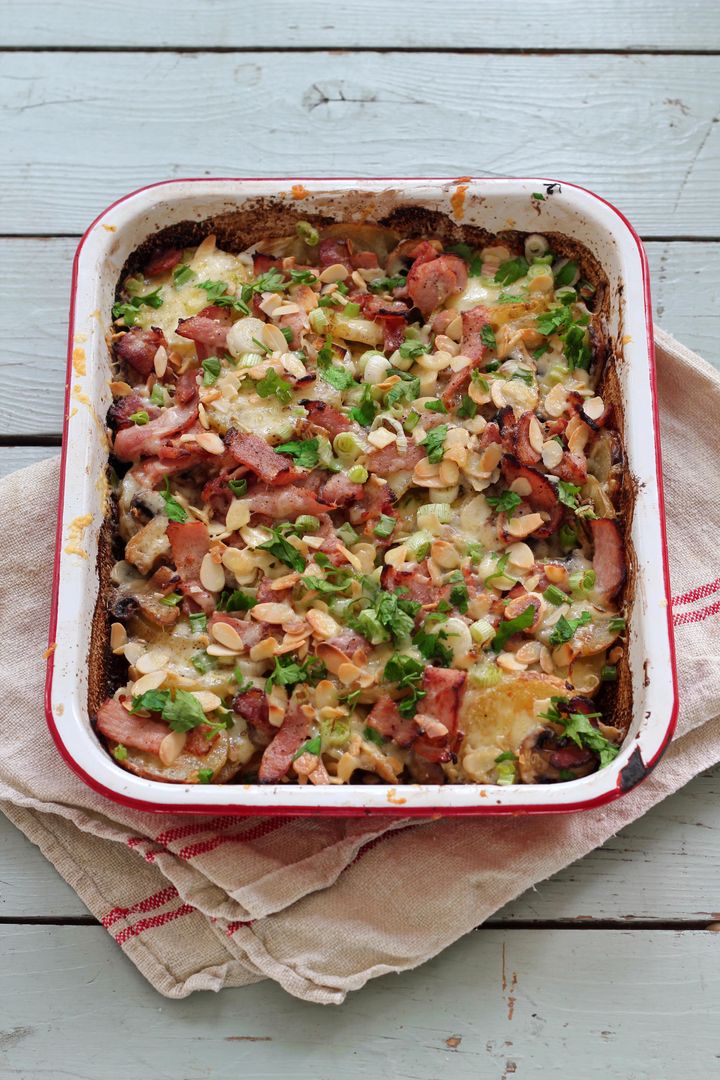 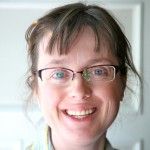