Now, I’ve been to my fair share of Jamie’s Italians – maybe all of them, in fact, from the grand “King of King Street” in Manchester, to the quaint Cambridge restaurant (now with a pizzeria!). So, you would be forgiven for asking if I’m tired of them.

Well… not yet. For a start, that truffle tagliatelle is just too good. But also, each one is different, whether it’s the menu, the specials board, the décor or the people. At Jamie’s Italian Dubai it was all four.

To open a small rustic Italian restaurant in a city spoilt for dinner choices isn’t easy, but Jamie’s Italian has settled into its surroundings nicely. Having got hopelessly lost outside the enormous Jumeirah Beach Hotel I found the restaurant via the back door, which meant that the first thing I saw was the incredible veranda. It looks out over the Burj Al Arab tower, an ultra-modern impression of a ship’s sail. Lit with lanterns, lined with cushioned sofas and surrounded by tropical plants, it felt more like I was in the Caribbean – helped by the distinctly tropical storm raging outside at the time. 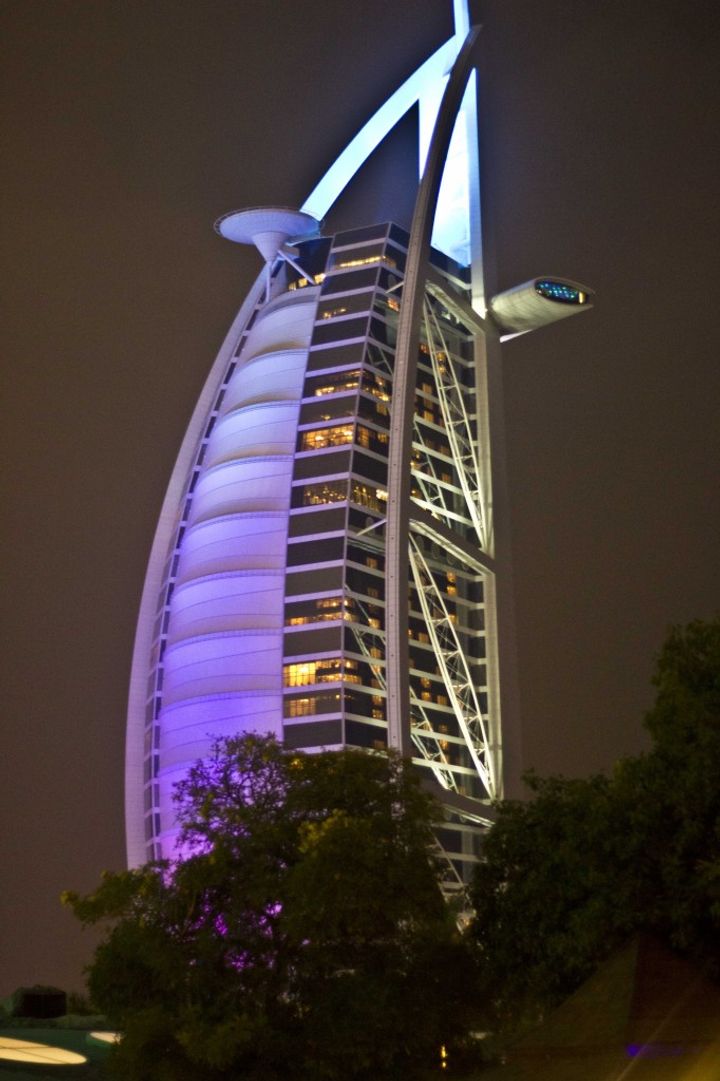 Wandering confusedly into the sweeping curved restaurant, I met the general manager Lisa Wetton, who showed me around. She introduced me to Supermanny, a man who has worked for the restaurant since the start and climbed up the ranks, and then the team of chefs, who come from all over the world but were turning out gorgeous Jamie’s Italian food – the wild truffle risotto is just as good as the tagliatelle back home.

Even in a city as disparate as Dubai, every Jamie’s Italian strives to feel like a community and gets involved with local people and events. So it was great to see that every Saturday the team head down to Safa Park in downtown Dubai to take part in the Ripe Market, a growing food market that’s promoting local produce. There the team sell lots of edible goodies and Jamie books. As you can see, there are some Jamie fans in Dubai… 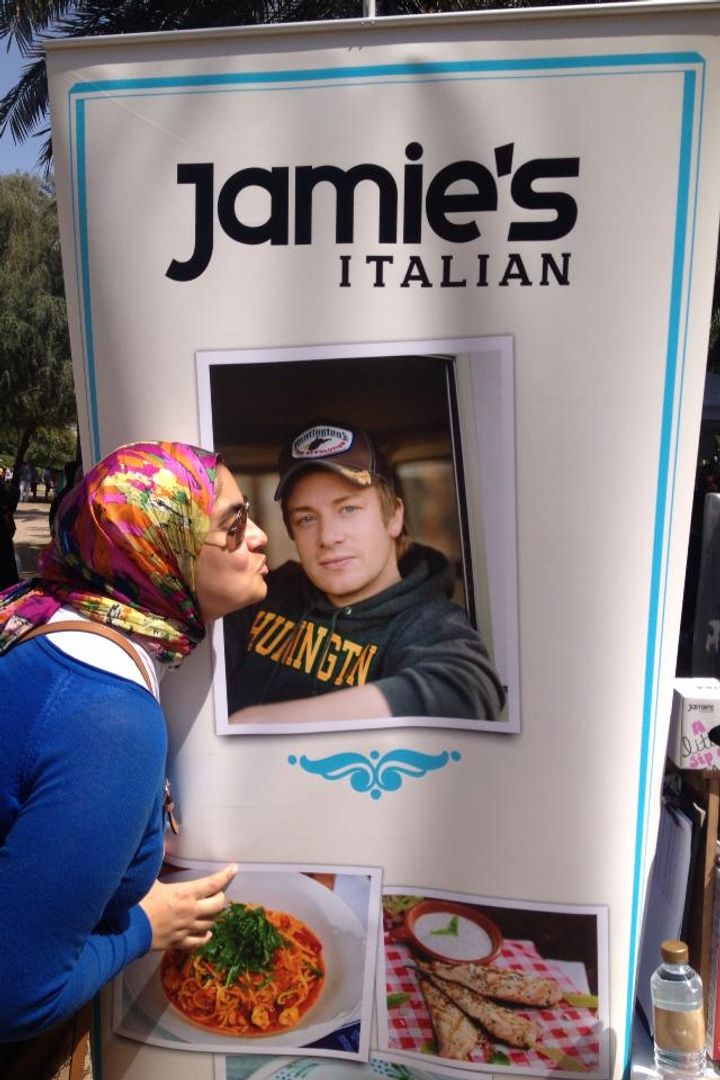 Jamie’s Italian joins an incredible range of restaurants in Dubai but because it’s a desert city, pretty much all the ingredients have to be flown in. That’s far from ideal, and Jamie’s Italian does everything it can to reduce its carbon footprint, but it does make for an amazing global food culture. Italian might not be first on your list while in the Middle East, but in such a modern city I think it offers a much more rustic, family feel and a little taste of home – for a man who spends his life in Jamie’s Italian at least. 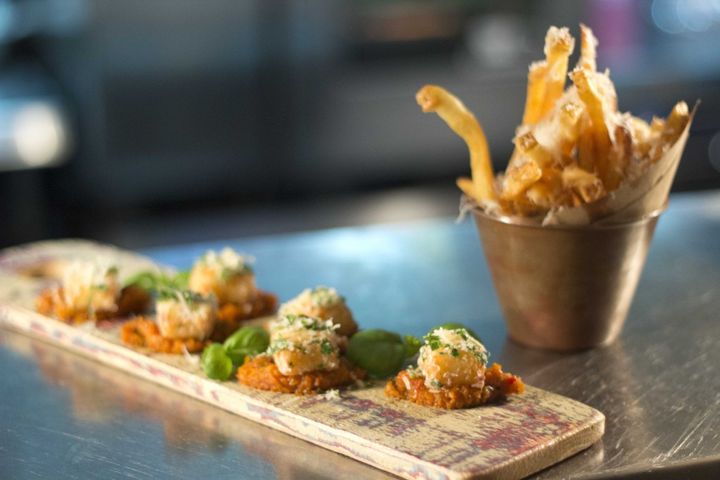 Downtown Dubai is slammed with exclusive restaurants, all offering silver service and 8-course taster menus. Believe you me, I indulged in them. But in most cases you have to head out the older parts of the city for a more exciting atmosphere and a buzzing restaurant. The atmosphere at Jamie’s Italian Dubai is a relief, like finally exhaling after holding your breath.

After a whistle-stop tour, Lisa and I sat down for a beer on the veranda (which felt very naughty in Dubai) and, as with any expat over there, talk turns to why she moved to Dubai. She says came over to help launch the restaurant and loves the job too much to return. I think the weather probably helps too, but her pride in the restaurant and particularly the staff is written all over her face – and they’re all making Jamie proud too.

Jonny was visiting Dubai as part of a food adventure. Check back for more from his foodie odyssey!