As a family our meals were all over the place. Lunch was called dinner and dinner was called tea. We had supper just before going to bed and hardly ever sat down at the table for family meals; except for the occasional Sunday roast. The norm would be to have breakfast and dinner in a chair by the gas fire and tea in front of the television while my mum and nana ate in the back room. My dad was served much later, after he returned from work (or the pub).

Because of this dysfunctional set up, those forced family gatherings around the table were tense. Nobody quite knew what to say or how to behave – so they passed mostly in silence, peppered with sarcastic volleys across the table, like passing poisonous petit fours. Going out to eat as a family was rare and even more tense, especially with the extra cutlery.

Despite all this, however, I have some very strong food memories.

The first thing I can remember eating and enjoying was cheese. In fact, to this day cheese is sometimes the first thing I think about when I wake up. There is a picture of me as a very young baby, sitting in the garden with a huge triangular wedge of Cheshire cheese looking happy and fulfilled. My Mum had a signature dish she called “grilled cheese”, which was just cheese sliced into an enamel dish with a drop of milk and held under the grill until it had melted. We would sit around the dish using knives to scoop out runny goo and spread it on plain white bread like a budget fondue. It was delicious.

But it was her mixed grill that really made a lasting impression on me. I had never before experienced so many different types of cooked meat on one plate and it felt so decadent – admittedly it was wholly unbalanced nutritionally, but that never entered my head. It was from this dish that I got my love for offal, particularly liver. My previous experience of liver was the type served at school where they start cooking it on Tuesday ready for Friday, but my mum had a gentle touch with it. It was soft and pink with a slight taste of iron. We were told it was good for us and I believed it. The mixed grill came with kidney, bacon, beef sausage, lamb chops and mushrooms, topped off with a fried egg hat. I remember we were allowed to pick up the lamb chops with our fingers and gnaw at them like King Henry VIII. I could continue to chew a lamb chop bone well beyond the point of normal acceptance. 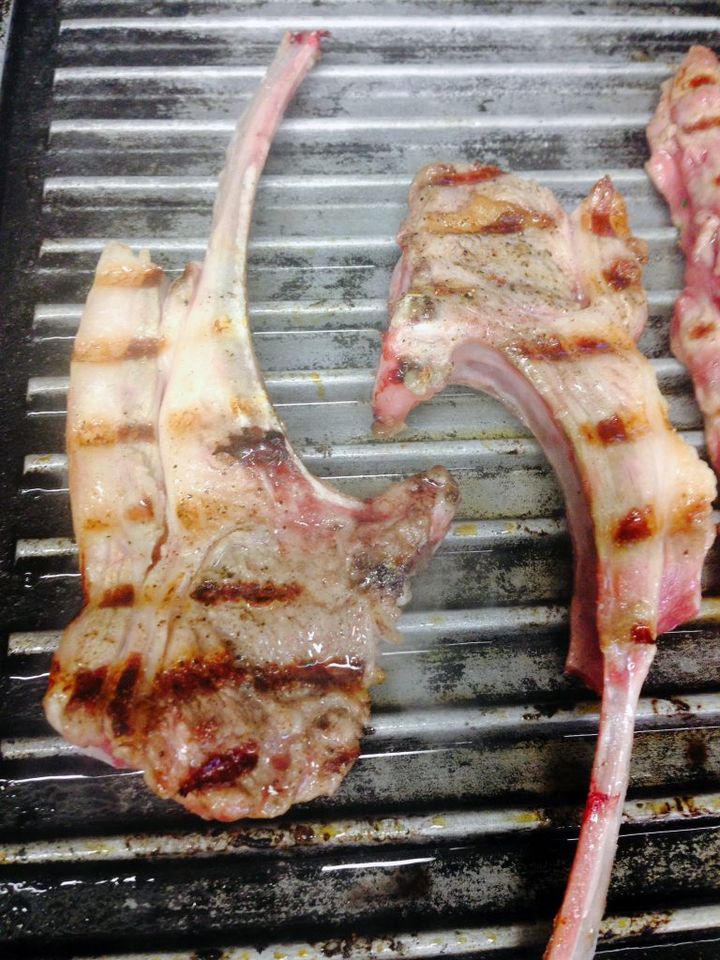 She bought the ingredients from our friend Alan the butcher, who had a sawdust-covered floor and stuffed bull’s head on the wall. He kept the liver whole and removed fresh slices from large lobes cut across it, so that the ventricles inside were kept to a minimum. He also used to remove a thin transparent skin off the liver by lifting an edge with the tip of his knife and then working his fingers underneath until it came off like cellophane.  He used to tease me that he was my Mum’s old boyfriend, but I’d heard him say that to a lot of young customers. I used to ignore him and write my name in the sawdust with my foot.

“Yes – we thought it would be easier for him to spell!” my mother replied. Everyone in the shop had a good laugh, and we went home to eat in separate rooms. 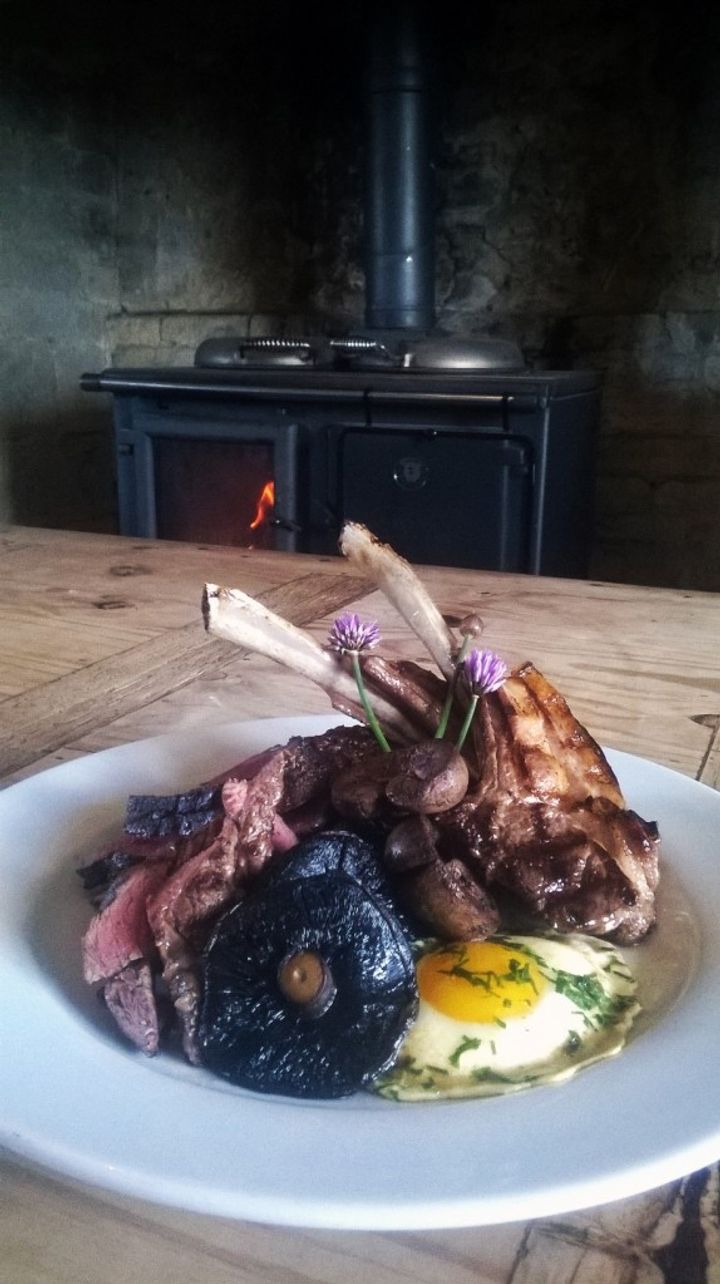