Many parts of the world came together to celebrate good food and better food habits on Food Revolution Day 2013. In London more than 5,000 people turned up to Jamie’s Street Party, which was beamed live around the world by the amazing guys at FoodTube.

Jamie, alongside his friends Gennaro Contaldo, DJ BBQ, Jun Tanaka and others gave cooking demos and hosted the fun. 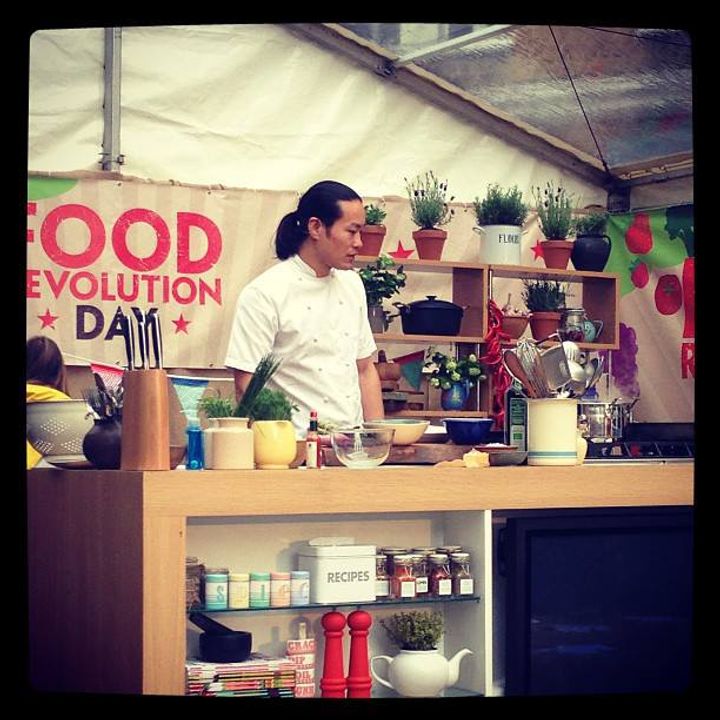 Celebrity spotters weren’t disappointed either, with comedian Russell Brand, actress Sheridan Smith and presenter Kirsty Allsop among those joining in the fun and helping to raise awareness.

Jamie HQ also hosted the winners of the Prizeo raffle at a private cooking lesson with Jamie in his office kitchen – the winners were Annie French and Robbie Robertson from Perth, Australia who had an amazing time cooking up some fun.

More than 1000 public and private events to raise funds and awareness for the campaign also took place around the globe; from street markets in California to massive dinner parties in Australia.

Helping to give Westland Place more of a party atmosphere Take a look at Jamie introducing some wicked art adorning the street outside of his London Fifteen restaurant.

Jamie said: “I just wanted to give a huge shout out to everyone who helped with Food Revolution Day 2013.  There’s an enormous list including all the celebrities who helped with video messages; everyone who came down to the street event in London – big love to Kirstie Allsopp and Victoria Pendleton, to Russell Brand and Ronan Keating and everyone else who made it a day to remember – there were over 5,000 of you during the day which was just incredible. Also big, big thanks to Jermain Defoe who took time out of his busy end-of-season schedule to cook with the kids down at the Ministry of Food over in East London.”

He continued: “Massive love and respect to all the ambassadors in 74 countries.  I’ve been keeping up to date on all the events and it’s been truly humbling.  Whoever you are and wherever you are, you’re amazing so thank you.   And I have to give a big shout-out to all of our business partners and friends who helped in any way they could, wherever they are – The Good Guys in Australia; Wholefoods in California; Google; FremantleMedia; Penguin Books; Food Day; Boots; DK in Germany.  All of you did an incredible job.  I also wanted to thank all the various media organisations across the world for their support and help in promoting Food Revolution events both locally, nationally and internationally.”
“One of the most amazing things about last Friday was watching on social media as news and pictures from all the many global events flooded in.  This year, I truly believe that Food Revolution Day came of age and put us in a great position to really make a huge impact next year so thank you to everyone who organised an event whether it was big or small, and also to everyone who attended an event.  You all helped to make a difference and you all helped build a platform for even bigger and better things next year.  I hope you all took something positive away from Food Revolution Day this year.  I know I did. See you all for FRD2014.” 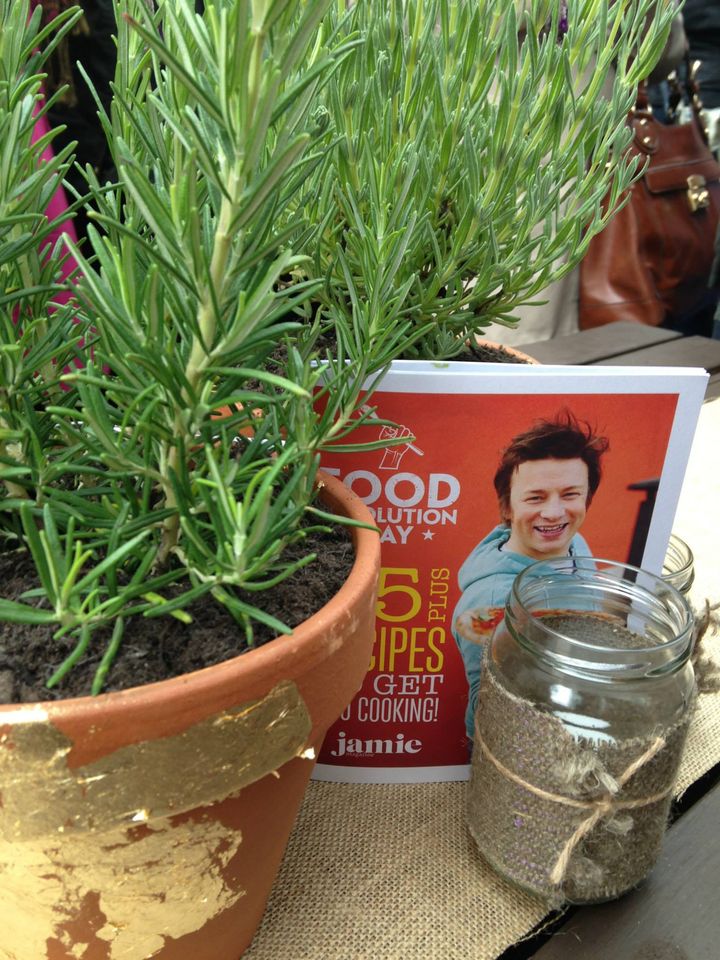 “Also a huge thanks to the team who work tirelessly all year to make these things happen. Here’s to an even bigger one next year.”