There is no greater treat than a cupcake. Seriously. It’s a cake all to yourself. You can devour it at your leisure, without fear of someone taking a bigger slice and eating what is rightfully yours.

It’s also practical: no plate, no spoon or – god forbid – spork is needed, just as wide a mouth as you can manage.

Over the last few years, cupcakes have gone from glorified fairy cakes cooked with kids, to pieces of art that draw crowds at food markets and leave people drooling at instagrams on their phone. In fact, following Cupcake Jemma (@jemmajemma) on instagram can lead to dehydration. The cakes are just that good.

So that’s why Jemma was invited to be part of Jamie Oliver’s Food Tube. Because when it comes to cupcakes, no one does it better. And now you can get 50 of her gorgeous recipes in the first set of Food Tube books – as well as three recipes here on Jamieoliver.com to whet your appetite.

Jemma’s Cake Book, which is out now, is full of outrageous recipes, from decadent chocolate monstrosities to more subtle (but still not that subtle) Jamaican ginger cake, and ridiculous, arty cupcakes such as her PB&J one. Does the thought of all those cakes in one place get you excited? Probably. But not half as excited as Jemma. Or her mum.

“This is my first book and oh my god! My mum is a hairdresser and she has told every client – anyone who has come into contact with her has probably bought the book already.”

With her tattoos and background in bartending, on the surface Jemma seems an unlikely cupcake baker. So if she didn’t learn her baking skills from her mum, where did it come from?

“I’m not sure. I started baking later on in life, about 10 years ago. I lived in Australia for three months and when I left I thought it would be nice to have a tea party, something really naff and English. So I got a couple of my friends’ recipe books and baked some stuff. Now, I think it was the recipes rather than me, but most of it was inedible. But there were a couple of things that went really well and it was those little triumphs that inspired me – and I realised that you make a lot of friends when you bake.”

Once she had honed her skills (or at least made the majority of her baking edible), her boss at the bar she worked in suggested she go for a job at Rose Bakery on Dover Street Market. From there she set up her own stall on Brick Lane and founded Crumbs & Doilies, her bakery which bakes cakes for all occasions and customers, and can still be found at weekly food markets around London. Baking has gone from a last-minute farewell party on the otherside of the world, to a lifelong career back home. 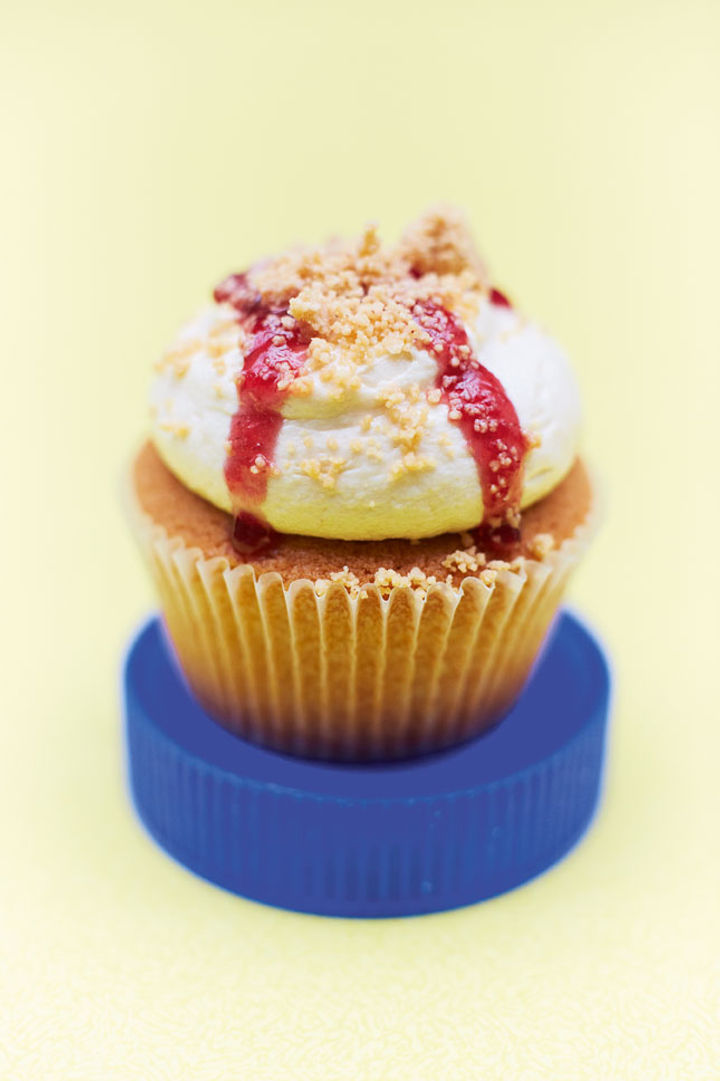 “When you bake something it’s kind of magical and when someone eats something you’ve made from scratch and they’re sitting there eating it and going ‘Yum! This is so good!’, it’s such a great feeling. I kind of wanted that feeling all the time.”

Writing a book has given her the opportunity to spread all her knowledge and favourite recipes as far as the postal service can take them, so people can have that experience everywhere. In the book she’s included some of her most treasures recipes, from the super simple to the more complicated.

“My favourite is probably ridiculous chocolate cake, because it’s just bonkers and so tasty, or the PB&J cupcakes are really, really good too. I just ate one actually. But one I really love is the vegan vanilla fudge cupcake.

“It was originally just called the vanilla fudge cupcake, because a lot of people see the word vegan and think ‘Oh, well I won’t like that’. But honestly we started doing them at Crumbs & Doilies about three years ago and I think that now every member of staff has kind of admitted that they prefer them to normal cupcakes. They’re just absolutely knockout. They’ve got soya yoghurt in place of a whole bunch of stuff, and they’re really moist and bouncy and squishy…and yummy. I’m using all these ridiculous adjectives…but they’re just kind of sexy. Vegans get a bad rep but sometimes they deserve cake too.” 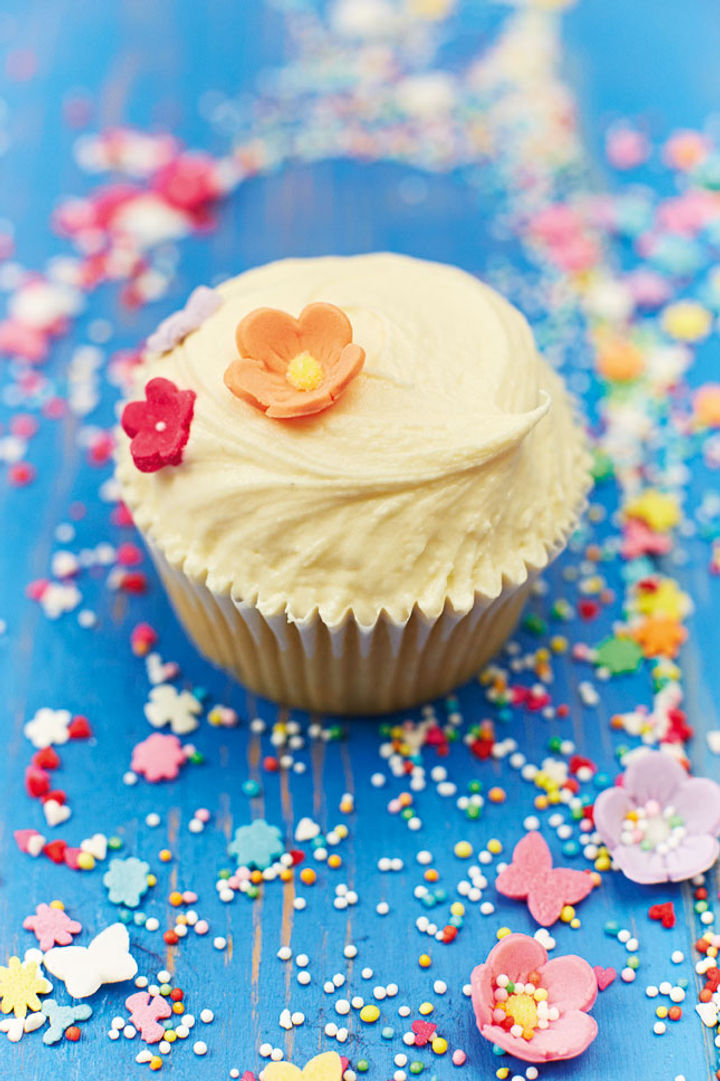