This month has been all about finding solutions for people with special diets, and showing everyone that cutting something specific out of your diet doesn’t have to mean cutting out your favourite food altogether. We’ve given you gluten-free pizza, dairy-free chocolate mousse and vegan mac ‘n’ cheese. Well, sound the trumpets, ring the bells and run naked through the streets because now we bring you gluten-free beer.

You may not expect a clear liquid to contain gluten, but it all comes from the use of barley in the brewing process. At the start of the brew, malted barley is heated in water to extract sugars for the yeast to turn into alcohol – and with that sugar comes the gluten. So, to make gluten-free beer you either need to find an alternative to barley, or find a way to extract the gluten from the “mash”.

None of the breweries we got hold of would tell us how they made the beer, only that they brew with barley and then “extract” the gluten using a “special process”. With so little detail, working out whether gluten-free beers can live up to their gluten-y cousins was going to prove tricky. So there was only one way to go about it: a blind taste test under strict scientific conditions. By which I mean a couple of beers in a bar.

We lined up five interesting gluten-free beers and matched them with a gluten-laden alternative. We had a pilsner, a hoppy lager, a British bitter, a Belgian amber and an IPA. My glamorous assistant mixed them up so I didn’t know which was which, and they I started trying to spot the gluten-free ones. To see the test in action, watch the video below.

And what did I find? That I could only tell 60% of the time which one I was drinking. While they tasted wildly different in many ways, those flavours were more down to variations in style than the lack of gluten. That leads me to a very simple and very happy conclusion – that gluten-free beers aren’t inherently worse, and the only thing removed is gluten, not the flavour or texture. Of course there will be good ones and not so good ones, but the same goes for normal beer.

Our brilliant gluten-free pilsner, CELIA, is brewed using the noble hop, Saaz, and pilsner (light lager) malts. It was crisp and full-bodied with a subtle lemon finish – a classic pilsner that would stand up to many of the much-loved examples. I would want a tad more hop profile, but given that the hops are also organic that might be too much to ask.

The other lager we tried, St Peter’s, was the most adventurous because it was the only one brewed without barley. Instead of using the mystical extraction method, they brewed the beer with sorghum grass, a gluten-free grain mostly grown in the tropics. It gave the beer a honeyed sweetness that was totally off style, but they have offset it with a highly bitter, orangey hop called Amarillo. It was the most obviously gluten-free beer, but also the only one that had absolutely no gluten at all. The rest fall below the 20 parts per million threshold that makes them legally gluten-free in the UK. If you’re extremely sensitive or don’t want to take any risks, this is the beer to go for.

The two amber beers – a British bitter and a Belgian amber – were both bona fide good beers. Green’s Dark ale was fruity, with lots of lovely banana and yeast esters, and had a gorgeous smooth mouthfeel that put a great big smile on my face. It’s a great winter beer whether you’re coeliac or not.

Daas’ delicious Belgian amber was malty but light, and full of subtle fruity notes. It couldn’t compete with Chimay, but then Chimay blue is one of the best Belgian beers ever brewed. The Daas was lighter, fresher and still had a lovely stone-fruit nose and taste. I would drink them both, regardless of my dietary requirements, which is what this test was all about discovering. 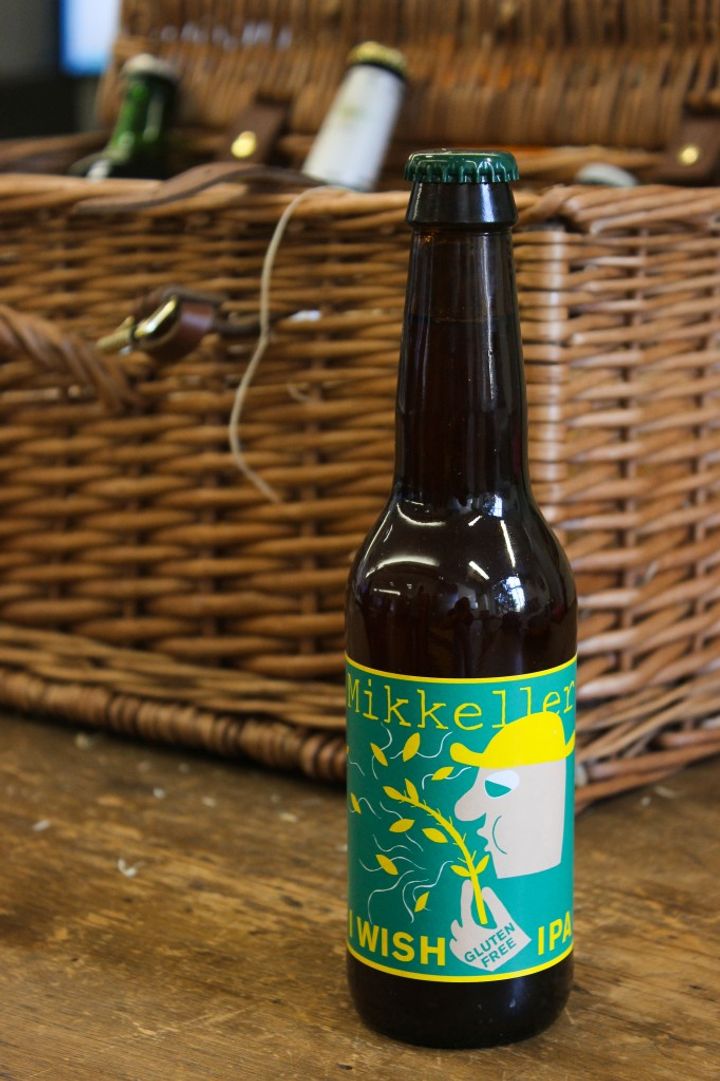 It was, predictably, the Mikkeller beer that really got me excited though. Hailing from Copenhagen, the founder Mikkel doesn’t even have a brewery but is responsible for some of the best beers in the world. He is what is known as a “gypsy brewer” – one who travels around brewing in other people’s breweries. It means he gets inspiration and ingredients from all over Europe, from unknown Scandinavian berries to coffee stouts made from weasel droppings. His I Wish IPA, however, is even more special. With its huge mango hop profile and mega-bitter finish it is the first beer that gives coeliacs an opportunity to taste what the craft beer revolution is all about. It’s a big and brash and totally flies in the face of a supposedly limiting diet. It’s going to make some coeliacs very happy indeed.