I’m a huge fan of Greek food, having been introduced to it properly during my time at Reading University. I never expected the town to be such a haven for the Greek community, but I experienced lots of wonderful Mediterranean food at lots of the parties held there.

The Greek diet is regarded as one of the healthiest in the world because it’s based largely around fruit and vegetables, wholegrains, fish, and a small amount of cheese and yoghurt.  Non-meat protein sources in the form of beans and legumes such as fava, split peas, and lentils are also a popular staple, usually used in soups, stews and salads. This array of foods looks a lot like what I regard as a healthy, balanced diet.

The Greeks are also famous for their love of olive oil, which is lower in saturated fat than butter, and therefore a good choice for cooking. If you’ll forgive some geeky science, recent evidence published by the PNAS (Proceedings of the National Academy of Sciences) journal shows that the combination of olive oil and leafy salad or vegetables is what gives the Mediterranean diet its healthy edge, because the formation of nitro fatty acids between the two food groups lowers blood pressure. So I recommend that as a side, whatever you’re eating!

Of course, Greece’s diet isn’t perfect – according to the World Health Organisation, 33% of 11-year-old boys and girls in Greece are overweight, which is actually the highest prevalence in Europe. It’s likely down to the rise of fast food outlets in the major cities and increased access to processed food that’s high in fat, sugar and salt. Their traditional cuisine isn’t faultless, though – if you’ve ever tried saganaki, a fried hard cheese, then you’ll know it’s a wildly indulgent (but delicious) dish. A nod should also be given to tiropita, otherwise known as cheese pie.

Generally, however, there’s a lot to be said for Greek cuisine, so here are a few delicious Greek-inspired recipes. My favourite is Jamie’s twist on Greek chicken with couscous, which everyone can tuck in to and help themselves. 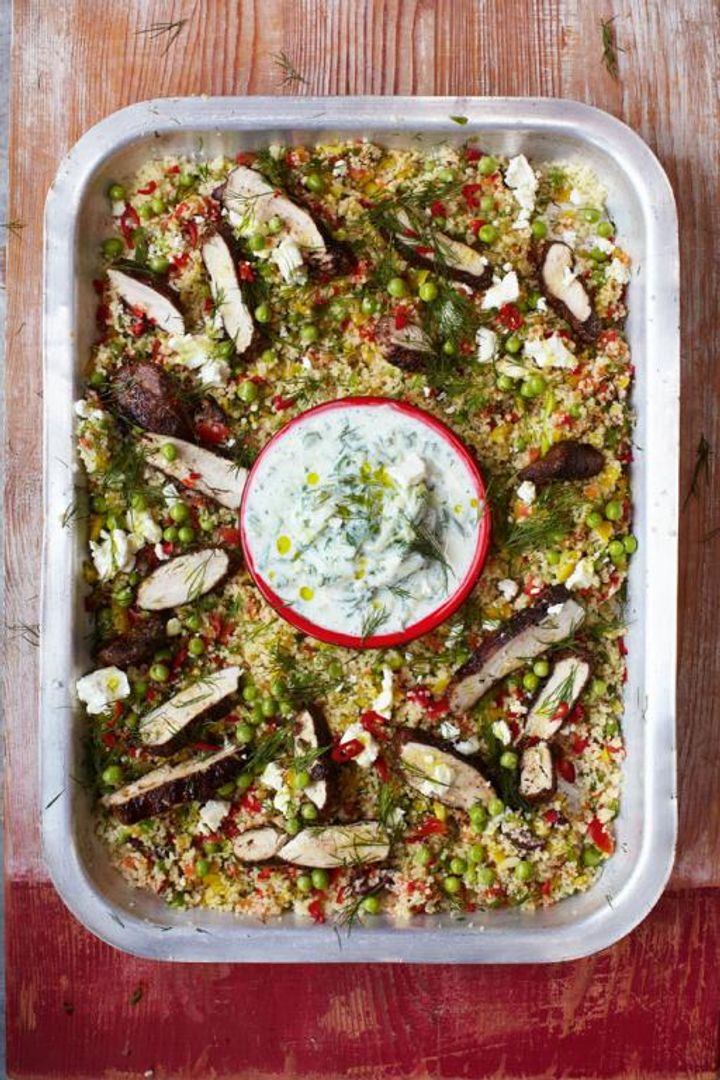 To accompany this, there’s a great recipe on JO.com for a very simple Greek salad, although the key to getting this right is to use the best olive oil you can afford for the dressing and use the ripest tomatoes you can get your hands, so to maximise the flavour! 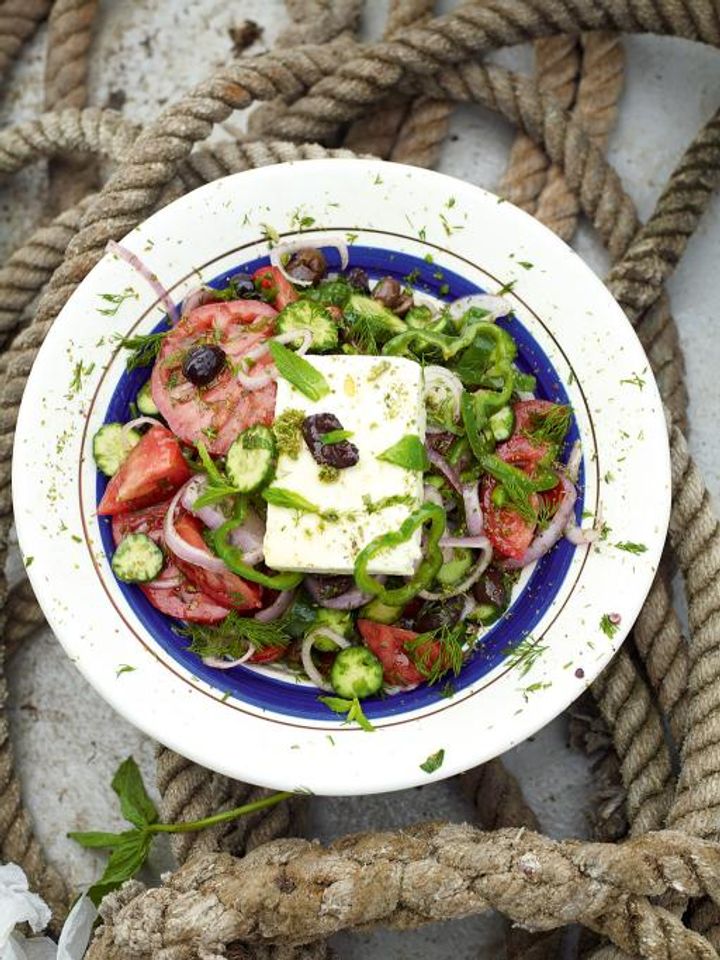 Alternatively, try something new with this beautiful Cypriot-style potato salad! 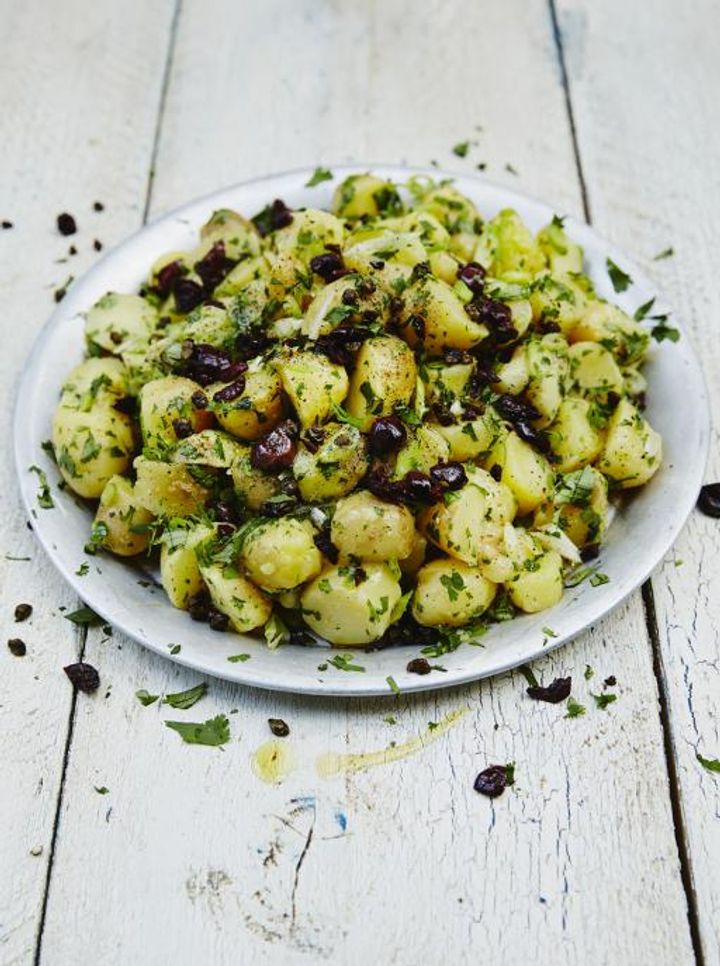 These colourful vegetable kebabs are a fun dish for the whole family, perfect in the summer and for getting kids exciting about cooking. 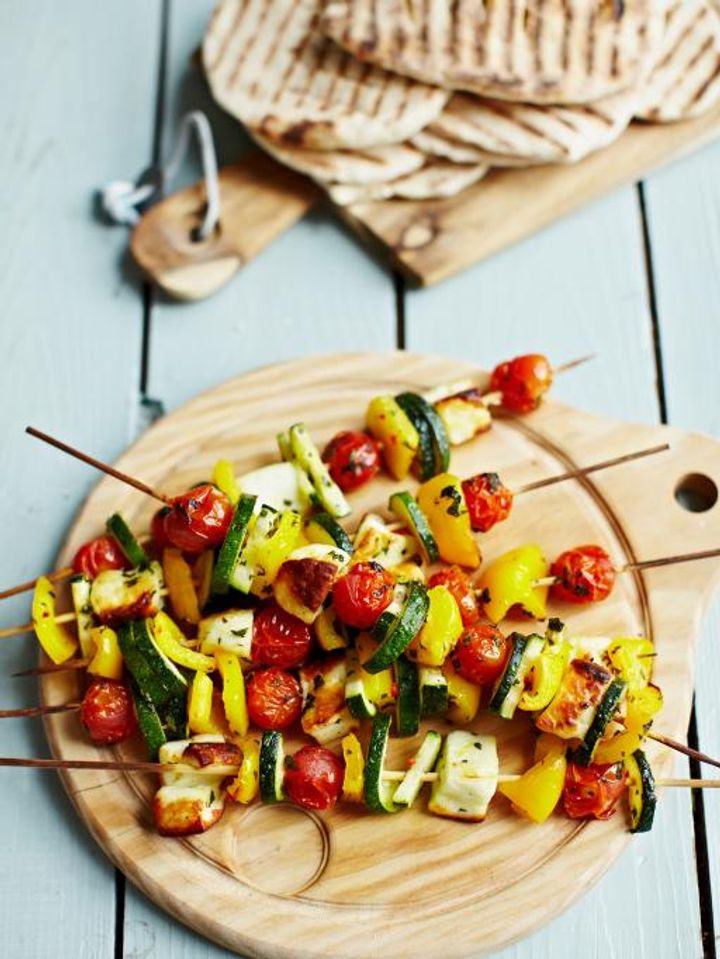 And lastly, this simple fish stew is actually a total showstopper – big on flavour, and big on nutrition, full of lovely fish and healthy herbs. Get stuck in! 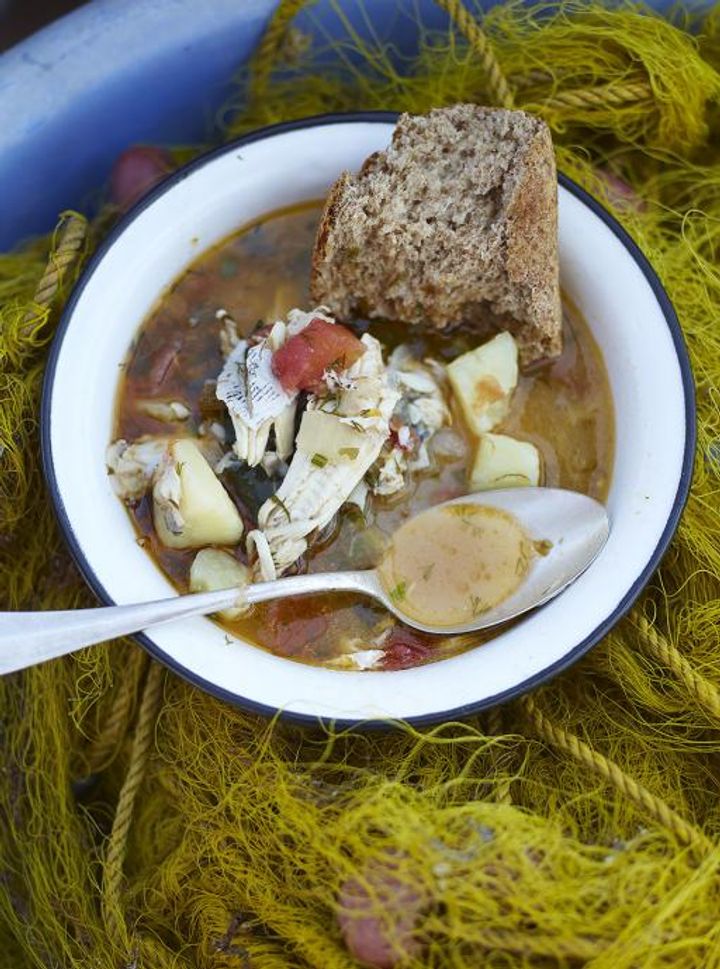 Laura is head of nutrition at Jamie Oliver. Her passion for food comes from having cooking lessons at a local college from the age of 10, and the nutrition side from a fascination for how the right foods can fuel the body.