Now the soil is warming up nicely, outdoor sowing is beginning to gather pace. The roll-call so far includes broad beans, peas (“Kelvedon Wonder” from Essex, appropriately enough), radishes, some early carrots under fleece and parsnips. While I might be at action stations – there is so much to do at this time of year – nothing happens very fast in the world of the parsnip.

In fact, nothing will happen at all if you don’t use fresh seed every year, since it doesn’t stay viable longer than that. Even with fresh seed, germination is often slow and erratic, especially from the traditional late-February sowing, which is why I normally wait ‘til March, when the ground is a bit warmer. Covering it with cloches or black plastic sheeting in advance will help. The ideal soil is deep, light, stone free and not too rich (i.e. organic matter was added for the previous crop on that spot). Lime it if your soil is acid, and grow a shorter-rooted cultivar if it’s heavy. 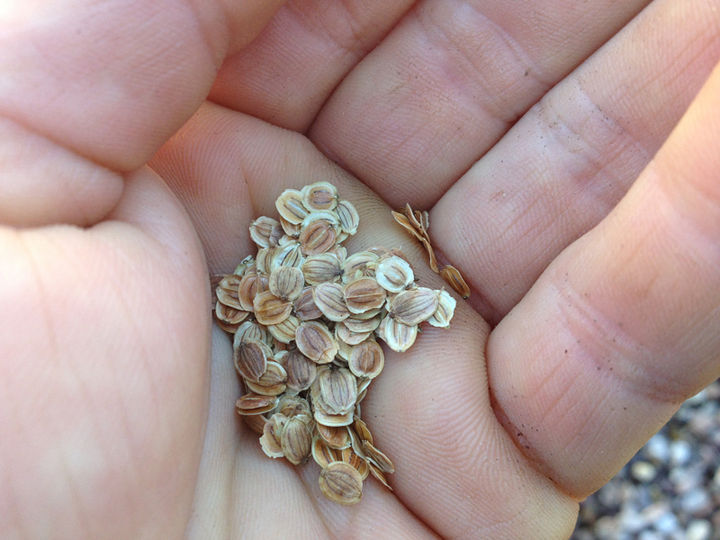 The seeds themselves are winged and are naturally dispersed by the wind. In practice this means they blow away in the slightest breeze and one always appears to spring up from nowhere the instant you tear into the foil packet. Incidentally, I always have a good sniff at this point: the seeds have a pleasant, slightly spicy orangey aroma. If you water the bottom of the drill (the groove into which you sow) first, they take off less readily. Sow three seeds every 15cm and thin later, if needs be, to leave the strongest seedling – this is known as “station sowing”. Dropping a couple of radish seeds in between each station will soon mark the row and provide a quick crop without troubling the parsnips. If the parsnips don’t show after a month, there’s still time to re-sow.

If ever you are tempted to harvest parsnips in summer at the baby vegetable stage, it’s worth noting is that the sap in the foliage is toxic, as I once discovered to my cost. Do not allow it to come into contact with bare skin: it contains a photosensitive chemical that will react with strong sunlight to produce a chemical burn like that from its infamous relative the Giant Hogweed. The blisters are nasty.

All of which leads me onto thoughts of my mother, who is far from nasty, except when I forget Mother’s Day (only once ever, and never again…), so thank you to this website for all the flashing “what-to-cook-your-mother” reminders. I would cook her a roast dinner and include the last of the stored parsnips, but she hates the things. They do seem to be one of the foods that really polarise people, like marzipan and Marmite, though they can at least provide universal amusement on occasion. 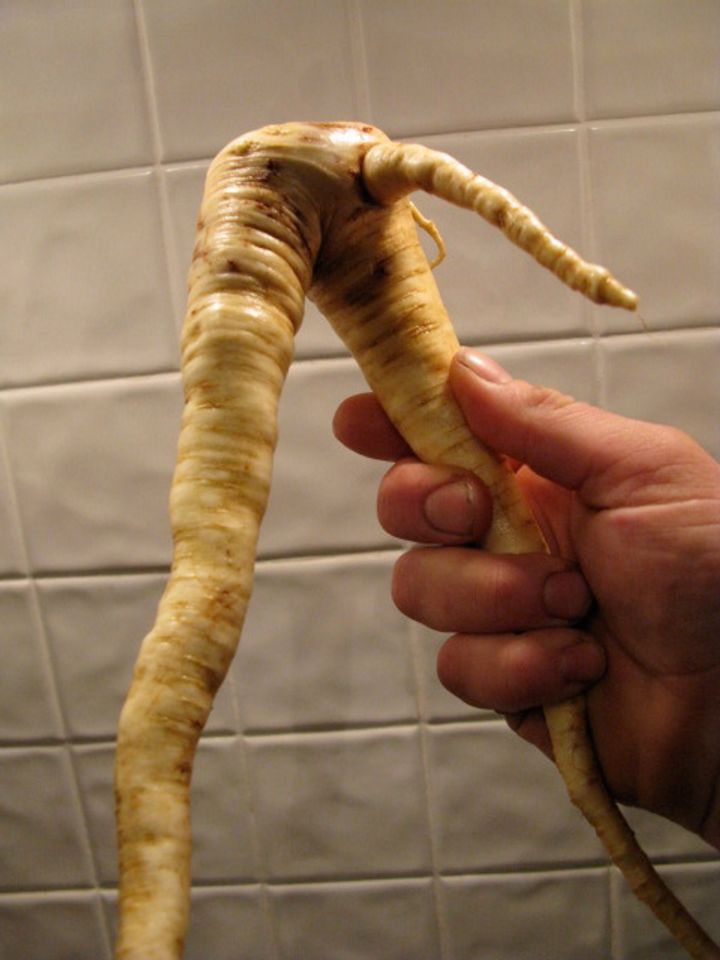 So, if you happen to be one of those benighted parsnip-haters, you could try growing Hamburg parsley instead (otherwise known as root parsley). It’s a form of parsley with a big taproot that looks almost identical to a parsnip. Taste-wise it falls somewhere between carrot, parsley and celeriac: still sweet but not as cloying. The leaves are like coarse flat-leaf parsley and can be used to flavour stews and casseroles. It’s more popular than the parsnip in central and eastern Europe, and often turns up in borscht recipes. The photograph here is of some on a market stall in Germany, where it goes by the marvellous name of Wurzelpetersilie, which would score a lot in Scrabble. 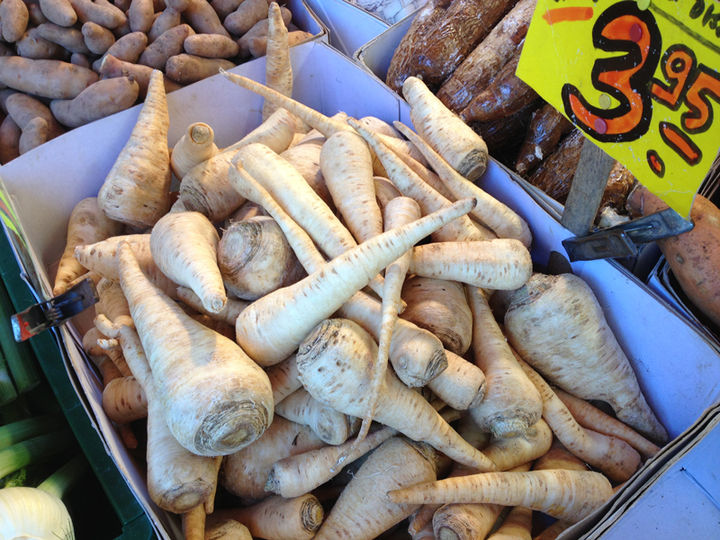