I’ve never really thought of baking as a trigger for social change. However, with a bakery boom in the UK hiking up the prices of high-quality, handmade treats, it’s important to remember that artisan baking is not solely the provision of the rich.

Learning to cook has been the start of a better life for so many people. A number of modern social enterprises have proved that – the People’s Food Company and Jamie Oliver’s Fifteen for starters – and when I heard about the Rwandan Women’s Bakery, I really wanted to learn more.

Established in 2013 by a USA Peace Corps volunteer called Markey Culver, the bakery was set up in Bushoga, a village too small to even appear on maps of Rwanda. By empowering its women, Culver hopes to improve the lives of the entire population of the area.

2014 marks the 20th anniversary of the Rwandan genocide, when between 500,000–1,000,000 Tutsi and politically moderate Hutu people were killed by order of the governmental elite during the civil war. The genocide had a lasting and profound impact on Rwanda and its neighboring countries, leaving broken families and around 50,000 widowed wives.

There are 10 times more widows in Rwanda than widowers, which means empowering women is a very important part of the country’s recovery. The Bakery’s mission is to create and sell nutritious foods – namely basic bread and fortified breads containing milk, bananas and peanut or bean flour. Food with high nutritional value such as this is often hard to come by in rural parts of Rwanda – a completely landlocked country with trade routes still affected by the scars of the genocide – and while the ingredients to create them often exist, the skills don’t, This is where the bakery comes in.

The Bushoga Women’s Bakery isn’t a charity, however; the local women have been trained to own, manage, account, and market this venture, with the aim of teaching the village women life-lasting skills that will help strengthen existing village assets, such as the local school and health center, by generating a sense of community ownership and responsibility for public and private entities.

The Bushoga Women’s Bakery got up and running in October last year and is already in profit, with members selling breads to families in Bushoga and nearby villages. It remains to be seen whether the bakery will continue to be a long-term success, but after reading such an inspiring story I thought I’d share a recipe for traditional Rwandan honey bread. 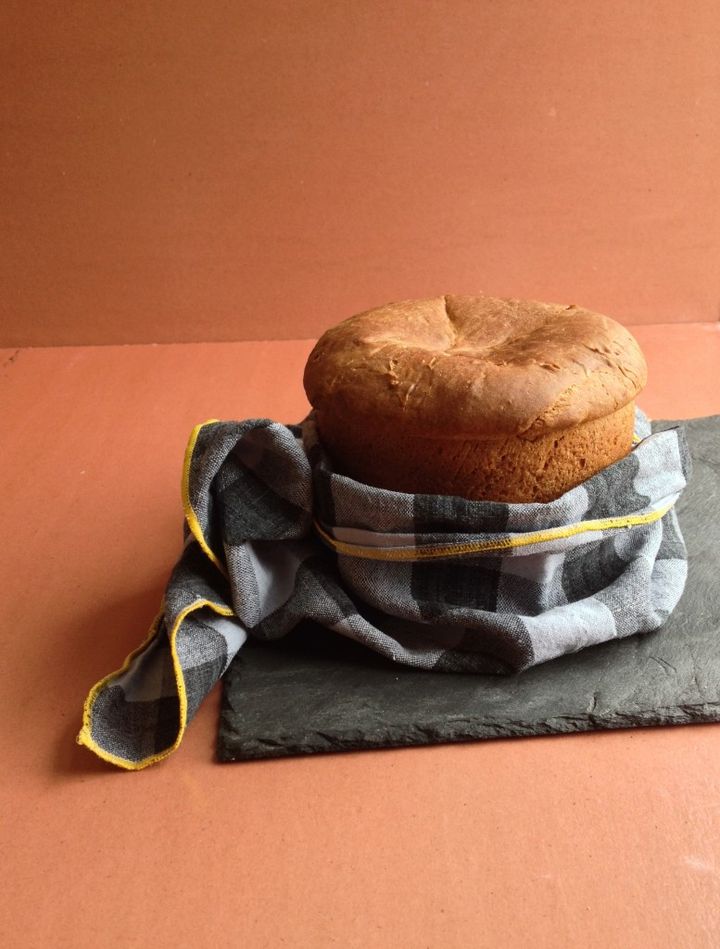 NB this recipe uses cups as a measure, if you don’t have actual official baking cups, then use a teacup or a small mug instead.

Put the lukewarm water in a jug and sprinkle the yeast sachet on top. Leave for 2-3 minutes, then stir thoroughly. Leave the mixture to stand somewhere warm for around 5-10 minutes until you can see bubbles forming and the mixture looks like it’s expanding a little.

While you’re waiting, mix together the honey, egg and spices in a bowl until combined. Add the lukewarm milk, yeast mixture and two-thirds of the butter. Mix well then begin to add the flour, keeping your touch light.

Once the dough has come together, remove from the bowl and, on a well-floured surface, combine it with most of the flour – you’re looking for a light, soft dough that isn’t too wet, but you may not need all of your flour, so go slowly. If you get lots of dough on your hands, add a little flour to your palms and rub them together briskly until the dough falls off.

Knead the dough using floured hands (and once it needs no more flour, buttered hands) for around ten minutes, until it is springy and smooth – this stage is really important, because by doing this you’ll wake up the gluten strands, which is what will your bread an ace texture. You want to end up with one or more shiny, round, loaf shapes.

What’s great about this bread is that it can be baked in lots of different types of tins. I used 3×5 inch round tins to get three fat little loaves. If you want one large loaf, go for an 8inch round tin, or a large loaf tin. Alternatively, you can use a large round oven dish, such as a Le Creuset. Butter the tin / dish with the remaining butter and pop your dough inside – fill each one around half full.

Cover the tin with a clean tea towel and allow to rise in a nice warm place for at least an hour – you want the dough to have risen almost to the top of the tin. Don’t scrimp on this stage, as even rising is important!

Bake at 190°C/375°F/gas 5 for around 40 minutes – it should have a golden brown top with a crust. To test if it’s done, take a tea towel and place it on top, then turn it upside down so the tea towel catches it. Then tap it on the bottom – if it sounds hollow like a drum then it’s done!

Serve in torn-off chunks or thick slices with butter and a bit more honey.

If you’re inspired to try some other loaves, check out some of Jamie’s brilliant bread recipes.