With the weather warming up, we're thinking about making gorgeous gelato at home, so we asked our friend Sophia from Nonna's Gelato to show us how it's done.

Some people think that gelato is just the Italian word for ice cream, but it isn’t. Gelato is so much better! Gelato is lighter than ice cream, as it traditionally contains milk rather than cream, and generally has only 4-8% fat compared to a minimum of 10% in ice cream. Air is a key factor in the churning stage – gelato tends to contain less air or “overrun”, as it’s called in the business, which gives you a much denser and intensely flavoured scoop.

Unlike conventional ice cream, you don’t need to use eggs, which means that gelato is really easy to make at home. Here is our recipe for the traditional Italian flavour Fior di Latte, which translates to “flower of milk”. It’s a delicious milk gelato which we like to describe as the ultimate Mr. Whippy! 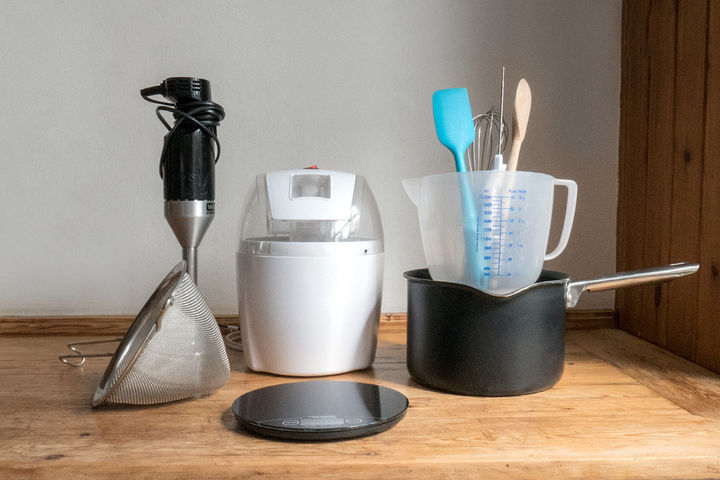 HOW TO MAKE GELATO

The great thing about Fior di Latte is that it serves as the base for many other flavours. For example, to make a classic vanilla, simply infuse a vanilla pod in your mix while pasteurising on the hob, and sieve it out at stage six.

The same can be done with mint leaves, then just throw some chocolate chips in towards the end of the churn and you’ve got yourself a refreshing mint, choc chip gelato!

You could add a ripple to your batch too – Jamie’s recipe for dulce de leche would work perfectly, or incorporate your gelato into a classic pudding like Eton mess. 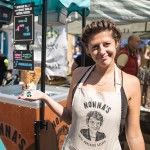 Sophia Brothers runs Nonna's Gelato in East London. She started the business a year ago and makes all her gelato by hand from her home-turned-professional kitchen. Inspired by her Nonna; her gelato is made in the traditional Italian way using the best local and seasonal ingredients. You can find Nonna's Gelato at Broadway Market, Hackney on a Saturday and many other locations across London.

Desserts, How to, Summer