Stuffing is one of those brilliant dishes that transforms your average roast dinner into something really special.

It’s a real mixture of textures, flavours and colours. Too many of us think of it as just a Christmas dish – but stuffing is awesome at any time of year! Check out Jamie’s go-to stuffing method, here.

Use these key flavours to form the base of your stuffing, and then play around with flavours you like to create your own special version. 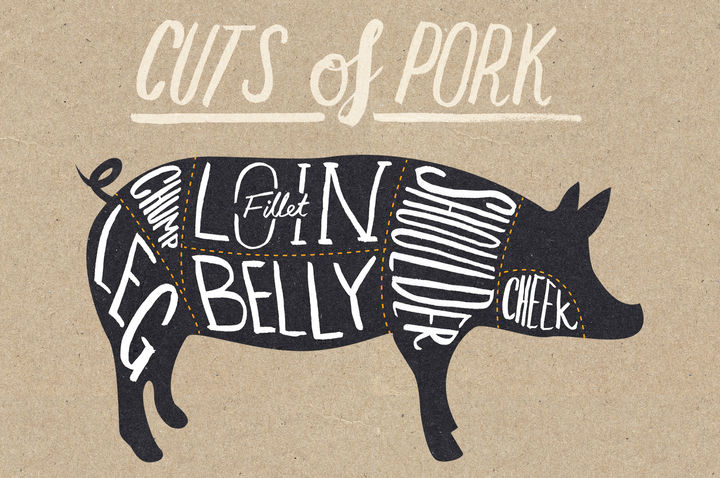 If you’re using meat in your stuffing, the traditional choice is pork. The better quality of meat you buy, the better the end result, even if you’re mixing it in stuffing. Fatty cuts are best (like pork belly or shoulder) as they stay juicy when cooked and keep your stuffing from drying out. Finely chop or mince your meat before using it.

Veggie stuffings are just as delicious as meat ones. Why not try adding dried fruit like apricots or cranberries for a bit of added bite? Or tumble in some chestnuts with a few spices like nutmeg or even chilli flakes. Mix up your flavours with added herbs, and give it extra texture with chunks of bread instead of breadcrumbs. Take a look at this tasty mixed mushroom stuffing for some more inspiration.

Take a look at our tips for truly delicious flavour combos, along with clever ways to cook (and brilliant ideas to serve) stuffing to your guests.

COOKING STUFFING IN THE TURKEY

Traditionally, stuffing is pushed under the skin at the neck-end of a turkey, where the wishbone is. However, more often than not that space doesn’t actually hold as much stuffing as we’d like. So cook some extra separately to make sure everyone gets a good helping! If you stuff the turkey in this way, cut out the wishbone first– otherwise it gets in the way of carving. This little bone runs down the end of the two breasts in a V shape and is right under the surface of the meat. You can feel it with your finger and just cut it out. It’s easier than you think!

You can also cook stuffing in the turkey’s larger internal cavity but, if you do this, don’t pack the cavity full. Cooking times given for birds assume the cavity is empty – hot air from the oven gets inside the bird as well as around it, and if you prevent that happening, the bird can be undercooked. Leave a little space for the air to circulate and check your bird is fully cooked by pricking the deepest part of the meat to make sure the juices run clear, not pink.

Lastly, if you cook your veg before adding to the stuffing, make sure they are cold before combining with any raw meat. Warm veg, plus raw meat, can equal food poisoning!

HOW TO COOK STUFFING SEPARATELY

HOW TO MAKE GLUTEN-FREE STUFFING

And you needn’t miss out if you’re coeliac, either. Here’s a beautiful recipe for gluten-free stuffing, which is easy to make and big on flavour.

If you want to get ahead on your stuffing, make it in advance then bag it up and freeze it. Defrost the stuffing fully before using. If you’re making stuffing balls, you can roll them, then freeze them spaced out on a tray before bagging up. Then you can defrost and bake (or bake from frozen), making sure they’re piping hot inside before serving.

Discover Jamie’s ultimate recipes for all the festive classics in Jamie Oliver’s Christmas Cookbook, on sale now. And take a look at our Christmas hub for ideas for everything from cocktails and edible gifts, to special diet recipes and tasty leftovers.

Christmas, Gluten-free, How to