Enchiladas are very traditional in Mexican cuisine, with their appearance varying according to the region in which they’re made – often appearing as a dish in themselves, or as an accompaniment to chicken or carne asada (sliced grilled beef).

The structure of an enchilada is always the same: a tortilla warmed quickly through a little bit of oil. Over the years, enchiladas have adopted a variety of names, but in fact the only difference between them all is the sauce used: if you serve them with green salsa, they are ‘enchiladas verdes’, if you serve them with sauce they are ‘enfrijoladas’ (corn tortillas in black bean sauce) or ‘empipianadas’ (enchiladas made with a pumpkin seed sauce known as pipían), and so on.

What you fill them with is entirely up to you, but popular favourites include: shredded chicken, beef, pork, shrimp or lobster and queso fresco (or mild feta); chopped onion and fresh cheese; or simply finely shredded lettuce, Mexican crema (crème fraîche is a great substitute), onion, crumbled fresh cheese, and long, thick slices of jalapeños.

This recipe comes from Sonora, a state in the northern region of Mexico.

HOW TO MAKE PORK ENCHILADAS

Take a look at some more of our delicious Mexican recipes, or check out our gallery of celebratory Mexican meals for a festive gathering.

Recipe from Mexico: The Cookbook by Margarita Carrillo Arronte, published by Phaidon. 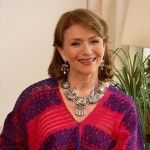 Born in Mexico, Margarita Carrillo Arronte has dedicated more than 25 years to researching, studying, teaching and cooking Mexican cuisine. From 1996 to 2006, she was the Mexican Ministry of Agricultureâs chef and organised Mexican food festivals and gala dinners across North America, Europe and Asia. In 2010, she led a campaign to get Mexican cuisine recognised as a UNESCO cultural property. In addition to teaching Mexican cuisine at Cucul Cultura Culinaria AC and the National University of Mexico, Carrillo Arronte is also the leader of the Slow Food movement in Baja and runs the restaurants Don Emiliano (San Jose del Cabo) and Casa Mexico (Mexico City). She lives in Mexico City. Mexico: The Cookbook by Margarita Carrillo Arronte is published by Phaidon.

How to, Mexican, World food