I’ve rather lucked out in the seasonal draw this month, as St. Patrick’s Day, provides me with an excuse to delve into one of my guilty (ish) pleasures; the Irish coffee. It’s a delight, both as a cocktail and as a style of java; just sugar, whisky, cream and, of course, coffee. Very simple, very indulgent and very delicious.

The Irish coffee hasn’t been around long – it didn’t even make an appearance in Irish history until 1943 when, as the widely-accepted story goes, a flight from Shannon Airport was cancelled and a certain Joe Sheridan, a local head chef, decided to comfort the freezing passengers by adding whisky to the coffee he was serving them. Upon being asked if they were drinking “Brazilian” coffee, Sheridan announced that it was, in fact, Irish.

It wasn’t long before Stanton Delaplane, an American travel writer for the San Francisco Chronicle, drank one of these sweet, boozy delights at Shannon Airport. After intense testing with bar owners back home to float the cream in the same way he had experienced in Ireland, the drink was added to the menu of the Buena Vista Café in San Francisco. It sold in tens of millions – helped largely by Delaplane’s continual mentions of the drink in his widely-read travel column. 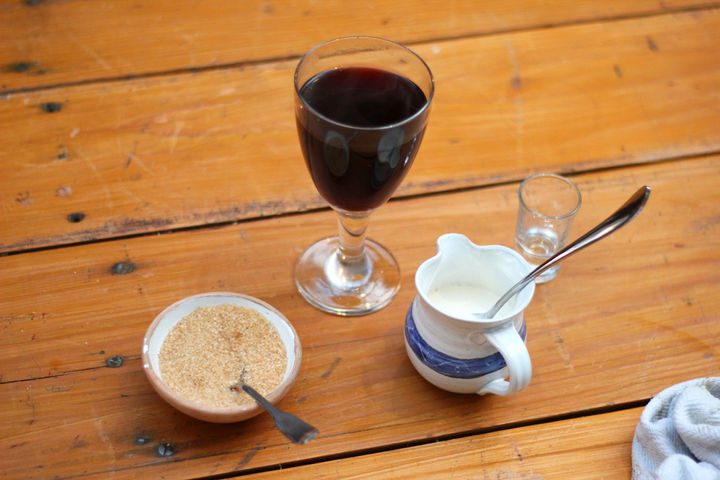 The recipe itself is not complex; however, the ingredients must be at-the-ready and each step must be closely followed. The cream must not be over-whipped (still very much pourable), the coffee must be piping hot and strong (obviously) to combat the strong flavours of sugar, alcohol and cream, and the whole thing, once assembled must not – I repeat, must not – be stirred; the hot liquid is to be drunk through the cold cream, which floats beautifully atop it and will leave you with a killer moustache after each sip.

In fact, the only mildly intimidating thing about this recipe is the pouring of the cream over the back of a teaspoon, a technique ensuring that the heavy cream spreads and remains sitting over the surface of the coffee, as opposed to sinking straight down. The first time one attempts it it’s difficult it working, but it does, and it’ll continue to satisfy and delight every time.

A hopefully fairly obvious disclaimer: as it’s about as far from being ‘healthy’ as it’s possible to get, the Irish coffee is not something to have every day. However, it’s a great thing to have as a treat every now and then, and certainly a fitting thing with which to bow out an especially grand St. Patrick’s Day meal – enjoy! 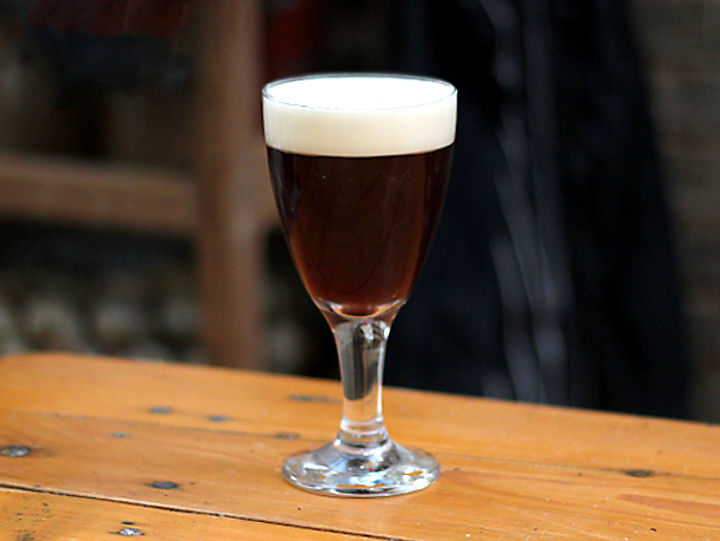 Heat a tall, sturdy glass (traditionally with a stem) with boiling water.

Pour away the water. Add the sugar and coffee and stir until completely dissolved.

Add the whisky to the coffee and stir.

From a jug with a good spout and over the back of a teaspoon, pour your slightly whipped cream over the surface of the coffee until you hit the rim of the glass.

You can watch Mike Cooper making this recipe on Drinks Tube below!