I’m often asked if we should stop consuming tuna. And as with many other wild seafood species the answer is not a simple ‘yes’ or ‘no’; but depends on the source of the tuna.

I have travelled the world to live, fish and cook with the most sustainable fishing communities. Along the way I have visited some great tuna fisheries in the Maldives (Indian Ocean) and near San Diego on the Pacific; great examples to the world of how we should catch and consume tuna. 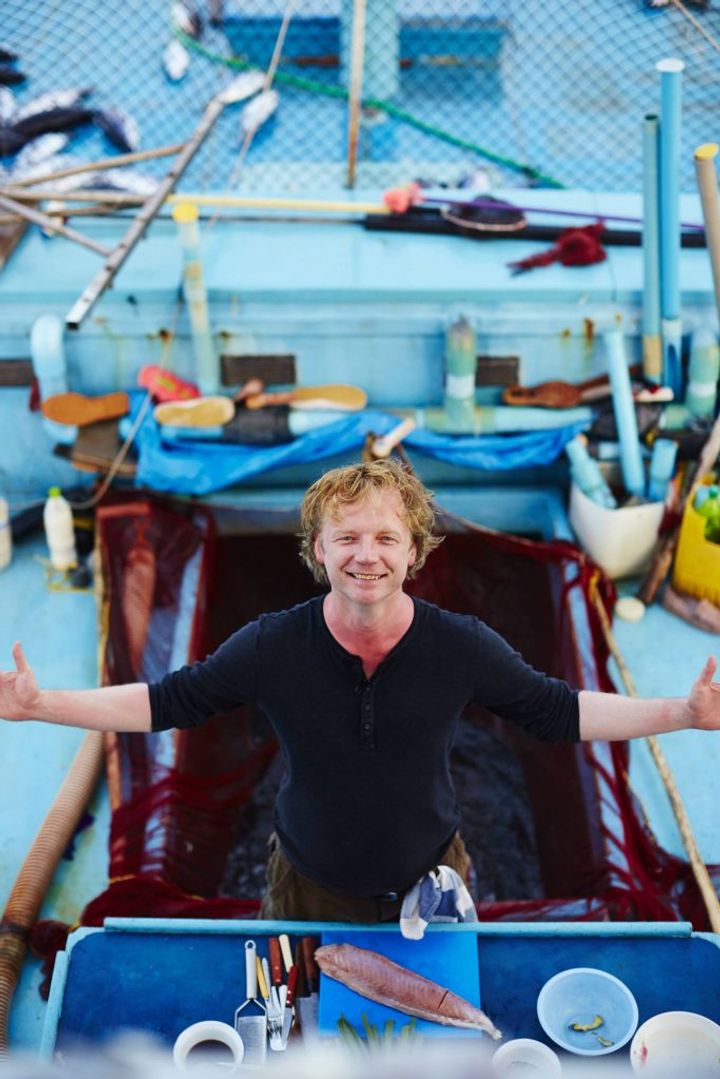 Tuna has been caught and eaten by humans for a very long time, and is still commercially fished all over the world, but tuna populations are being impacted by overfishing. And besides this, the fishing methods used to catch tuna are often responsible for a high by-catch of birds, sharks, dolphins, turtles and other marine species.

The best ways to catch tuna are the selective ‘one-by-one’ methods of pole and line and handline fishing. Only a small part of the total global tuna catch is currently caught using  these methods, but they provide the tuna that is universally considered the most environmentally sustainable. If you buy tuna, make sure you buy tuna that’s been caught this way!

The Marine Stewardship Council (MSC) is a non-profit organisation certifying fisheries all over the world that are contributing to a better marine future. The MSC has certified 10 tuna fisheries around the globe so far. If you buy a piece or tin of tuna, look out for the blue eco-label.

POLE AND LINE AND HANDLINE

Pole and line and handline are traditional fishing methods that are both socially and environmentally responsible. Using ‘one man, one hook, one fish’ methods, fish are caught one at a time. These methods require many skilled fishers and are very selective, which makes it hard to overfish the tuna, ensuring fish for future generations of fishermen. This kind of fishing ensues that tuna stocks are protected, and so are vulnerable species like sharks, whales, dolphins and turtles that can get caught up in net fishing.

Besides the positive marine biological impact, these traditional methods also contribute to employment and better economies in developing countries – it takes a lot of people-power to catch tuna by pole and line, which means more job security for fishers.

Look for ‘pole and line’ or ‘handline caught’ on the label when choosing your tuna, and take comfort in knowing that it was fished from a sustainable source and that you are supporting small fishing communities.

There are many different tuna species, but the most commonly traded ones are skipjack, albacore, yellowfin and blue fin.

Skipjack tuna, also known as the striped tuna, is a relatively small fish. The colour of its meat varies between off-white and light red, which becomes brown-grey when cooked. The skipjack is the most abundant variety of tuna and the most widely consumed. It’s often found in cans, but you’ll also find the fresh fish in local markets in Asia and Southern Europe.

The mild-tasting albacore has a distinctive white-coloured meat when cooked. It is very popular in a number of countries, thanks in part to its large, moist flakes. In North America it’s a very popular canned product, while in the Mediterranean it is often sold in jars with olive oil.

Yellowfin tuna are big fish that can swim at incredibly high speeds, which is why in some locations they can be found swimming with dolphins. The meat is bright red when raw, but turns a brown-grey colour when cooked. The flesh is firm and moist with large flakes. Yellow fin is sold fresh, frozen and canned. It is also popular as a raw product in sushi and sashimi.

There are two varieties of blue fin tuna – the northern and the southern. Both are highly prized, particularly by the Japanese market as sashimi and sushi because of their size, colour, high fat content, flavour and texture. However, the populations of both are heavily depleted and it should therefore be totally avoided.

There are so many wonderful ways to cook tuna – just have a browse through our brilliant tuna recipes, or check out my lovely seared tuna steak for Food Tube below!

For more information on fishing methods and for tips on buying sustainable tuna, the International Pole & Line Foundation website is an excellent reference resource.

All photography by David Loftus