Very often, the foods and dishes we find most comforting are the ones associated with our childhood. The very smell of a dish has the power to instantly transport us back to a place or to a specific moment.

In my case, childhood was filled with the kind of food that reminded my parents of their home in Poland; a home they had left behind during the Second World War. Family recipes, flavours, textures, tastes and even customs provided a strong nostalgic pull. Cooking was a way of remembering, and whatever was placed on the table was both respected and enjoyed.

With seven in the house, my mother became adept at turning nothing into something. She always cooked from scratch and, because I saw the time and effort she poured into preparing our family meals, I came to appreciate home cooking as an art form.

There are too many wonderfully comforting dishes weaved into the Polish cuisine for me to simply pick one as a clear favourite. Pierogi (Polish filled dumplings) will always remind me of Christmas Eve, though they were eaten many times throughout the year, including sweet Pierogi in the summer months. It was great to see a version of Pierogi, filled with mashed potatoes and cabbage, within Jamie’s Comfort Food. Winter nights and larger family gatherings always called for Bigos, or “Hunter’s stew” – a one-pot meal filled with meat, sausage, cabbage and forest mushrooms that would quietly bubble away on the stove for hours, sometimes days.

Sticking with savoury classics, my mother would also often make use of leftover potato (or simply an excess of home-grown potatoes) by mixing in flour and an egg to make a soft dough from which she would make these dumplings, known as Kopykta or “little hooves”. During the autumn months, adding a scattering of foraged mushrooms (foraging is a national pastime in Poland) would often provide an extra treat.

Boil the potatoes in a large pan of salted water until very soft. Drain and set to one side to cool down and steam dry. Once cool, mash until smooth. 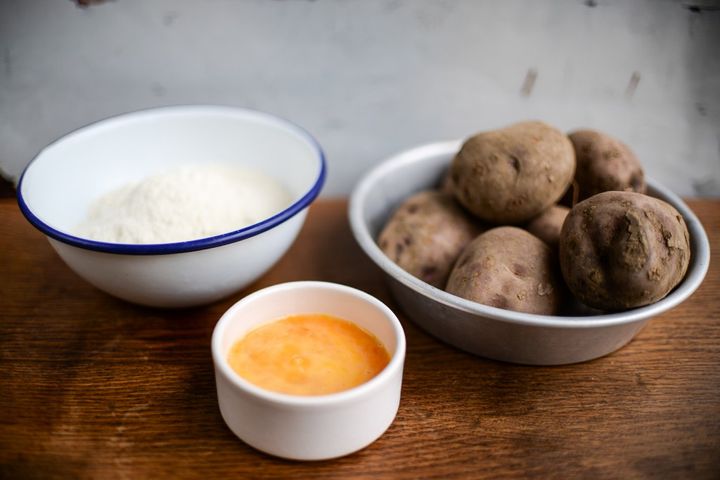 Put the cold mashed potato into a large bowl. Add the flour, egg and a good pinch of salt and pepper. Using a metal spoon, bring the mixture together. Then tip it out onto a board (with a little extra flour) and knead it until all the flour is incorporated into the potato. The dough should come together and be fairly soft and springy, but not be too sticky. 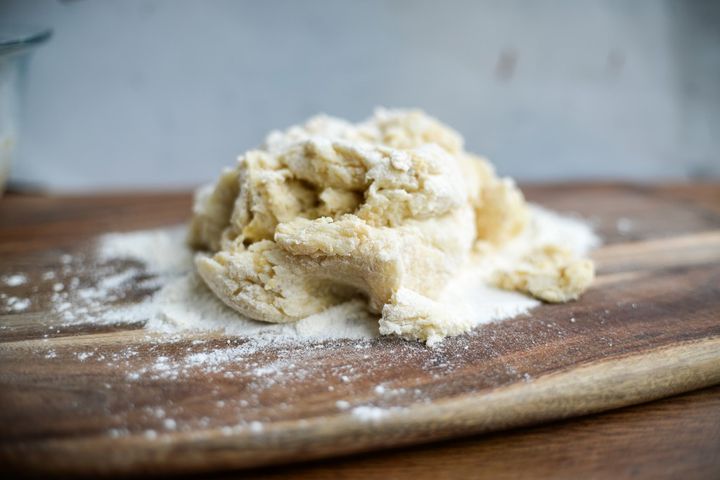 Sprinkle some extra flour onto the board and cut the dough into four quarters. Roll each piece into a long cylinder and cut at an angle into one-inch pieces. Repeat until you have used up all the dough. 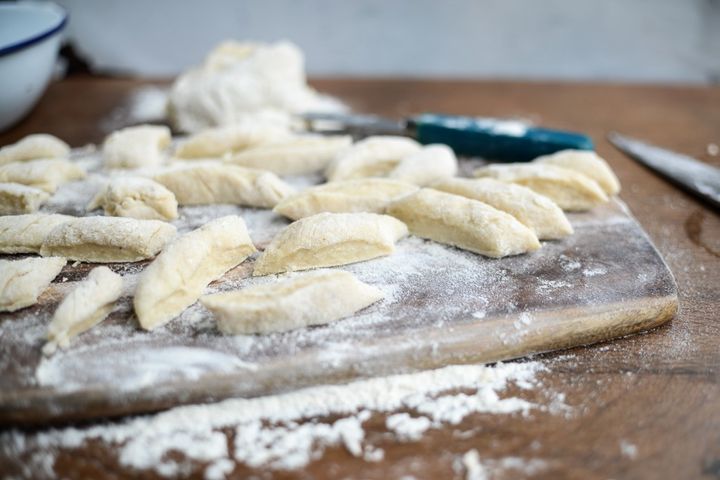 Bring a fresh pan of salted water to the boil and drop a few dumplings in at a time. It’s best to cook them in batches. Gently boil for three to four minutes. They will rise to the top once cooked. Take them out with a slotted spoon, drain and cook the rest.

Take a large frying pan and add one tablespoon of oil and a good knob of butter. Fry the chopped sweet onions until translucent (4-5 minutes). Add the dumplings and fry until they turn golden. Throw in the mushrooms and cook for a further couple of minutes. Serve with a scattering of fresh parsley. 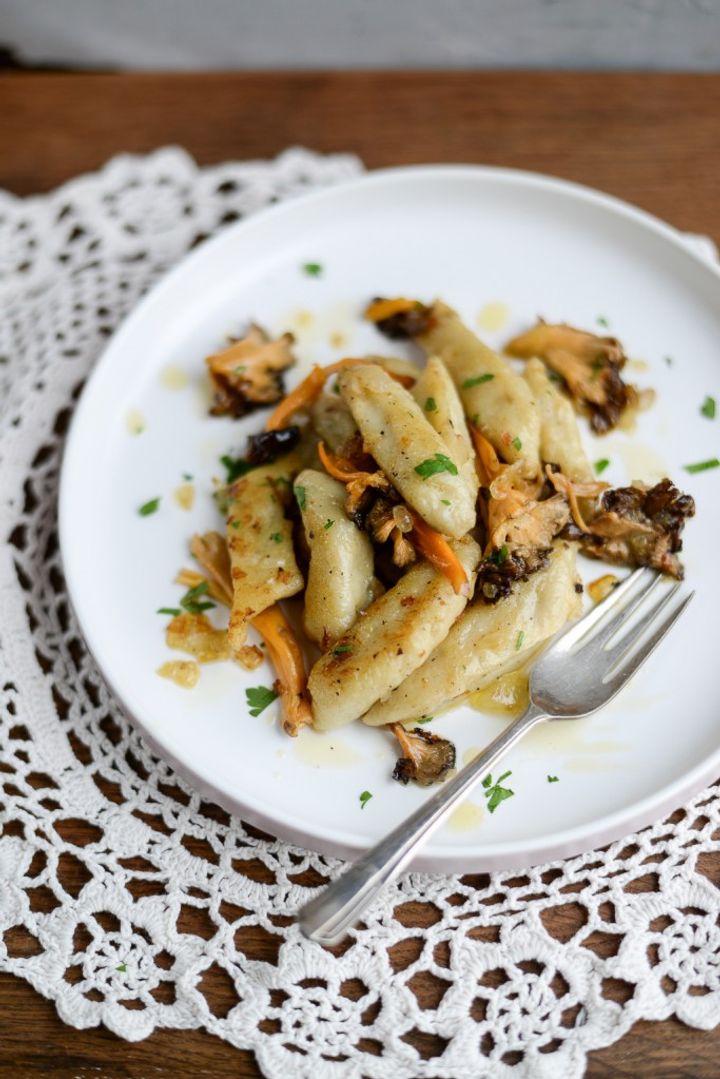 Kopytka is quite similar to Italian gnocchi; watch Gennaro below to see how to make them here.

Words and Photos by Ren Behan