Imagine cooking in the woods and the romantic image that springs to mind is an open wood fire and your pans or kettles suspended above the flames or resting on the coals, as you roast marshmallow on a stick… As nice a romantic image as that is, it’s a royal pain in the backside feeding an open log fire; you spend so much time collecting and cutting wood you barely have time to keep the fire going, let alone sit around it basking in the warm glow of the flames! Instead you wind up cold and tired and then finally you can start thinking about cooking… It can be done, and ideally with a group. It takes some planning and it takes time but if you’re on holiday you have all the time you need and the sitting around waiting for the roaring flames to bed down to embers you can cook on is just plain relaxing and a great time for a beer. 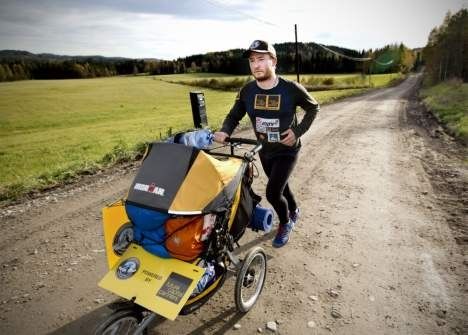 Having run a marathon-and-a-quarter you don’t have time to collect a mountain of wood, light and tend to a fire and wait for it to die down to cook on – you need food and quick! But running through an endless sea of trees (as i have been in Sweden) it does seem silly to ignore all the fuel around you and carry fuel/gas for a stove all the way across a country.

For my cooking I’m using a mini wood-gas stove. It’s a little bigger than a drinks can and burns twigs and cones. Just three handfuls of twigs and you have enough fuel to create a highly efficient wood fire that’ll boil water inside 8 minutes. Sure, petrol stoves are faster, but they’re noisy, they can break and you need to carry fuel all the time. In most countries it’s difficult to not spot a few handful of twigs as you cover over 30 miles, and in Scandinavia it’s impossible!

The stove has two walls. One houses the twigs and as these burn air is drawn into the gap between the walls and heated. This is then introduced into the top of the stove where it meets the smoke coming off the wood, mixing with the hot air it reignites. It generates a lot of heat from almost no fuel and burns so clean that all that’s left is a small pile of incredibly fine ash. You get all the ambiance of a camp fire, the smell and looking into the flames but none of the headache!

The good news is with just a couple of empty food tins and some simple tools you can make your own wood gas stove! I’ve put a link here to a YouTube tutorial showing you how you can recycle your food tins and make a cool hiking/camping stove.

So what’s for dinner? I cook all sorts on my stove from just boiling water to rehydrating ration-pack style meals to corned beef bolognaise (this tastes worse than it sounds, but calories are calories and some times when it’s a big distance between towns it has to be tinned food).

Today it’s bacon mash – now this tastes much better than it sounds! It’s fantastic high-calorie trail food, so don’t go serving this at home and think you’ll win any friends, but after a day out in the cold it’s a simple tasty dish to prepare when camping. Bacon, butter, smash, water and that’s it (pepper would be a nice addition, but I keep forgetting to carry some)!

Fry the bacon with some butter until cooked, add enough water to the pan to prepare the mash potato and bring to the boil. The water will take on the flavour of the bacon once boiling. Add the smash and then several knobs of butter. Keep stirring as it all heats through and add a little milk if you have it to hand, but butter is enough. Sounds simple and plain but when you’re tired from running or hiking then simple is best, and if you’re tired enough this’ll taste amazing! 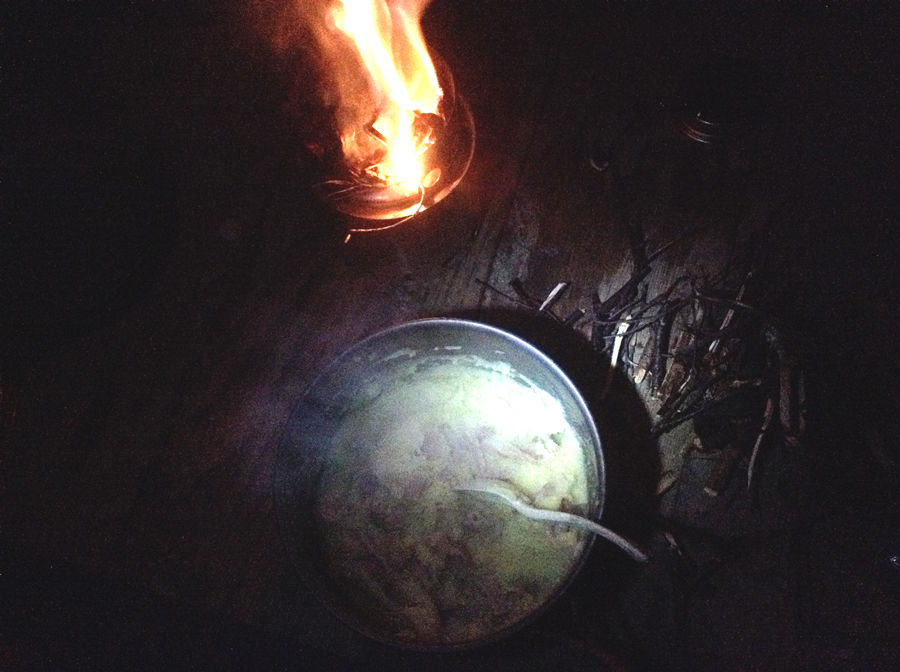 Try making the stove and then next time you go on a hike try out the bacon smash (please don’t do this in summer unless you have a way to keep the bacon cool).

The homemade stoves will last years of occasional use but mine gets used almost everyday and has to last almost two years. The homemade ones would burn through at some point, and although simple and free to replace when at home it’s not so easy to make a new one with your Swiss Army knife in a tent! I have a stainless steel version – the ‘solos stove’ – and it works great, but making your own is more fun! 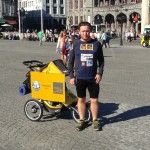 Kevin Carr is on an 18,000+ mile epic journey to become the fastest man to circumnavigate the world on foot. Follow his progress at http://www.hardwayround.com/.