Honey is one of Malta’s most treasured products and I’m lucky enough to be given the opportunity to meet its master, Arnold Grech. Arnold is one of those producers whose single-minded passion is completely infectious and, like truffle hunters and deep-sea fishermen, requires a deep understanding of the miracles of nature, love and respect for the environment and an apparent sixth sense on their craft. I’m about to have revealed to me some extraordinary facts about the manufacture of honey and to have an almost religious epiphany delivered to me by Arnold on its incredible, astounding winged-producer, the honeybee; as well as to try the best honey I’ve ever tasted. 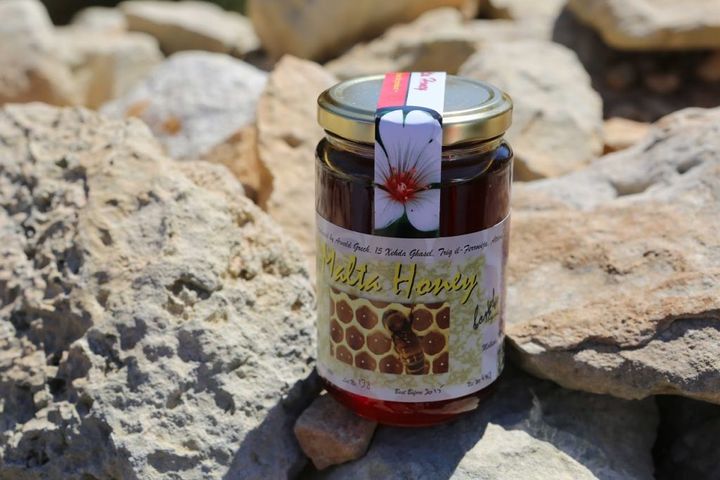 We are in sweltering heat next to an ancient red fort atop the highest point in Mellieha, a popular resort at the northern end of the main island of Malta. Arnold pulls up in his car – smartly dressed and charming, the norm for a Mediterranean man of good age. It’s a hot day, however, not as hot as the height of summer when Arnold tells me it reached 52 Celsius (125 Fahrenheit)! This meeting is particularly relevant to my culinary tour of the islands as the name Malta means ‘honey’ translated from its earliest Roman title. 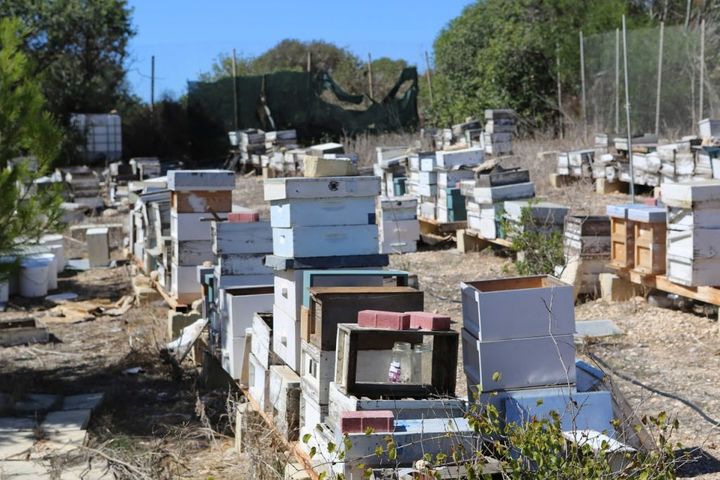 The odd bee lands on us as Arnold starts to wax lyrical about his beloved insect: “Don’t worry about them,” he says, “they’re just finding out whether you’re friendly or not so don’t make any sudden movements with your arms.” I resist the urge to take a swipe and we’re not even near the beehives yet. Arnold’s beekeeping qualifications are endless and he’s toured the world with residencies in many universities teaching and researching bees. He has kept bees for 64 years and is, therefore, the perfect guide. Not only that but he is President of the Malta Beekeepers Association.

Bees follow seasons and each month during the 11-month honey-making year in Malta, the bees get their nectar from one flower giving each month’s honey a distinctly different flavour. The nectar calendar is as follows:

Other astonishing facts about the bee imparted by Arnold:

– the queen is ‘created’ by bees, as one larva in the hive is fed a special diet, different to any other larva, and this alters the larva’s DNA and it becomes the queen

– antiseptic, to prevent a certain percentage of cells in the hive becoming infected, is gathered by workers from the bark of certain trees

– once a worker has found a source of nectar, it returns to the hive, points its behind in the direction of the source and waggles it at a certain frequency to let the workers know how far away it is. This is called waggledance.

All these feats and many more performed by an animal with a brain the size of a sesame seed! 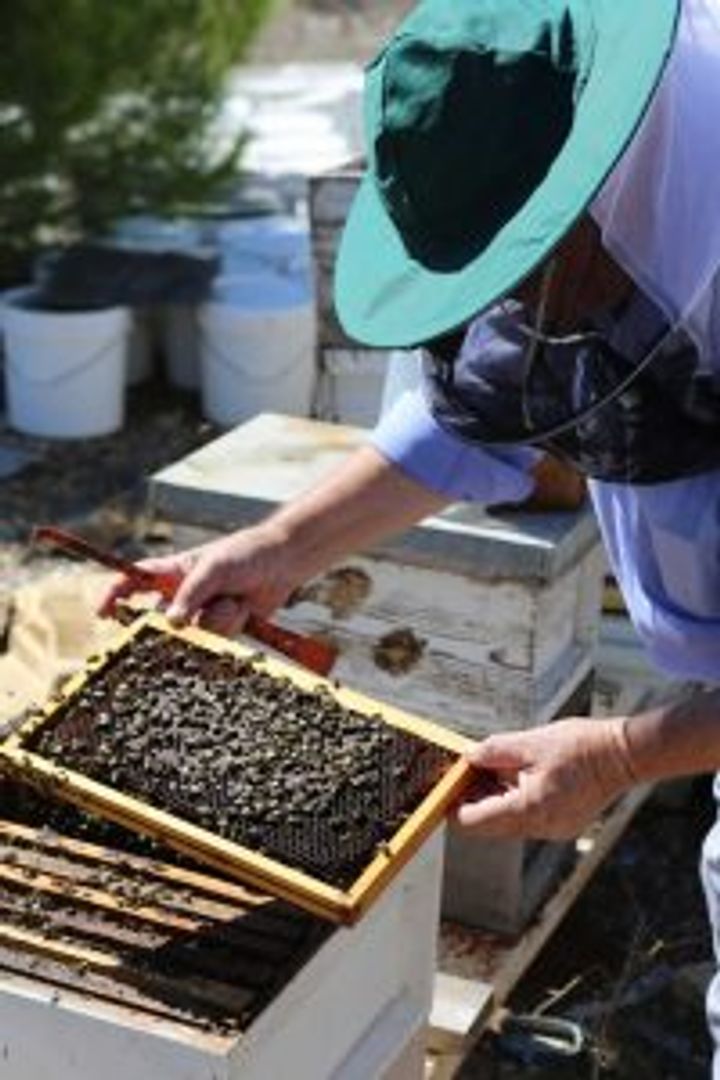 Arnold then unlocks the gate to the hives and we enter. Now can I just say that it really is quite an unnerving experience and not recommended to go anywhere near an ‘apiary’ wearing baggy shorts and a T-shirt. Arnold assured me it was okay “as long as they don’t swarm!” – I put on my protective face net.

The noise of 220 colonies of bees in close proximity is quite overwhelming, it’s all you can hear. Arnold shows me inside the hives, first blowing smoke into them; this apparently imitates a fire in the hive and the bees gorge themselves on their honey to save it, making them listless and less likely to swarm or sting. Apparently an average person would need 1,100 stings from a honeybee before death: scant assurance as there were potentially 11-million of them within 25 metres. Imagine that number making a beeline up my baggy shorts! The bees Arnold shows me are unique to Malta – Apis Mellifera Ruttneri – and according to Arnold, make the best honey… it was now time to judge for myself.

Honey is used in lots of Maltese dishes, I tried it in a deep-fried dish using Maltese goat cheese with wild thyme honey. It’s big business here and Arnold produces and sells a lot of the stuff. He personally loves it on red potatoes and simple roast fish dishes.

I go for the orange blossom flavour, as you recall harvested by these industrious insects in April. It’s so light, refreshing and sweet but with the subtle zing of citrus; absolutely divine and by far the best honey I’ve ever tasted. Also, did you know that honey is the only foodstuff containing all the necessary nutrients a human needs to not only survive but to develop both physically and mentally. It really is Maltese gold! 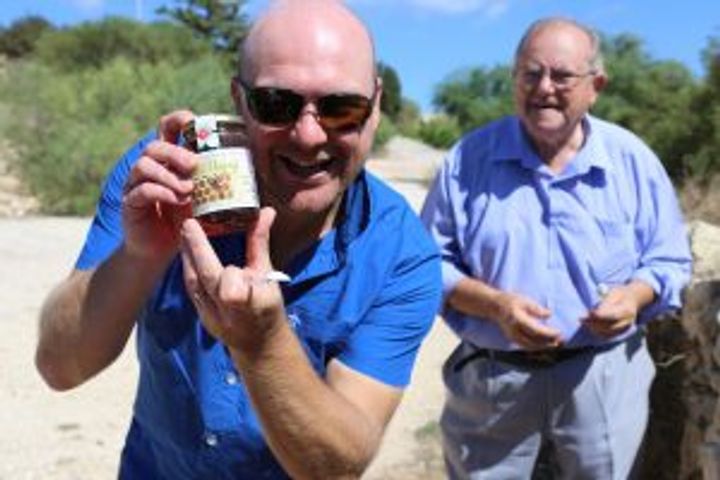 Read my previous blog on Maltese olive oil… I’d joined our friend Gennaro Contaldo on the trip to Malta and in the spring his series of videos on Jamie’s Food Tube channel will be showing you how to make the most of the beautiful produce of Malta.