Given that prolonged periods of rain make vegetable gardening difficult enough in an ordinary winter I cannot begin to imagine what it’s like to contend with weeks of flooding, as is the case for thousands of people this year. It’s not just gardens that are ruined of course but farmland, homes and businesses too. So, if relating this incessant rain to more trivial horticultural issues comes across as crass in the circumstances, forgive me. It’s not meant to; it’s just hard to write about growing without reference to weather, especially when it is this extreme.

When the soil is completely sodden, it’s not sensible to walk over it to weed, dig or mulch. Doing so compacts it, and plants struggle to grow in compacted soil. People with narrow, raised beds are at an advantage here. As a general rule, if mud is sticking to your boots, it’s too wet. If you must go on it, to winter-prune fruit bushes for instance, lay out some planks to walk on or work from a pallet.

Tall order though it seems to be this winter, I had actually been hoping for some snow; partly because I like it but mainly because it looks like being the only way I’ll find out how on earth rabbits are managing to get through the fence that surrounds the vegetable beds. I can find neither a hole in the wire nor any sign of sneaky Great Escape-style tunnelling. A covering of snow would show up their tracks nicely. The wretched things ate a lot of my best chicories last autumn, so it is personal now. 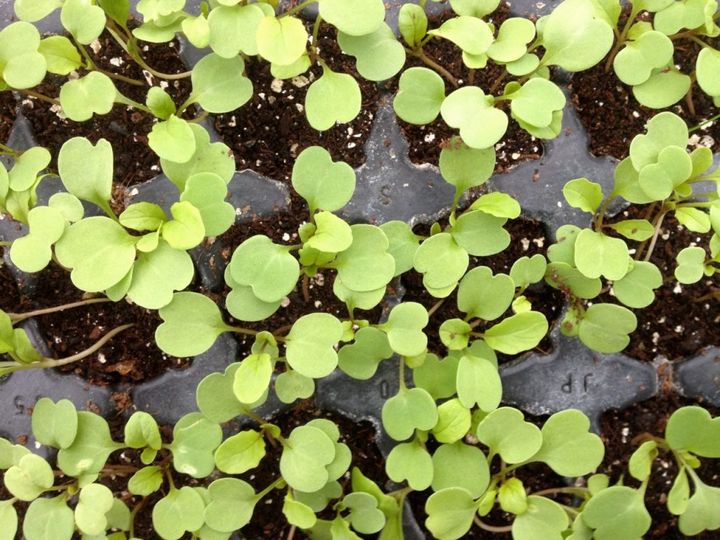 Although I’ve been restricted to mulching in between weather systems there’s no shortage of other seasonal jobs. As is the case every year, the seed potatoes now lie chitting in their egg trays and the tomatoes and their allies have all been sown in modules in the polytunnel on a heated mat. I’ve also made a few early sowings of hardy salads (rocket, mustards), plus summer cabbages, onions and leeks. Early beetroot will be next. 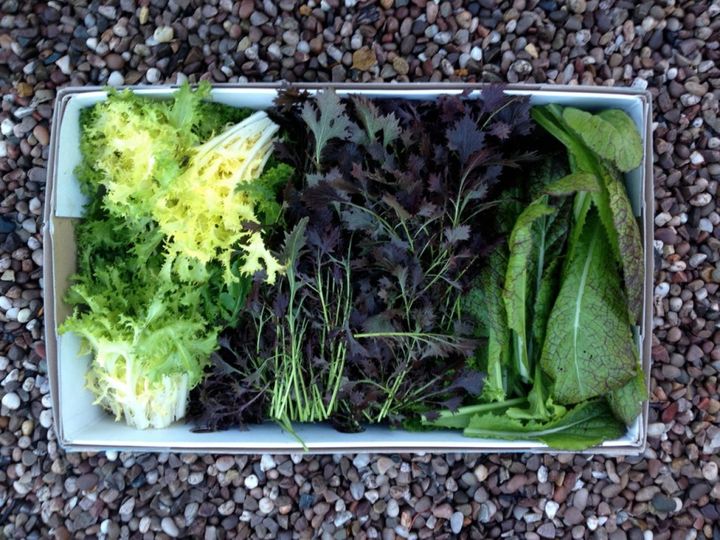 Outdoors, I shall sow the first broad beans and peas at the end of the month and also plant the shallots I put by in July. It’s really worth going though all your seeds well before the season starts in earnest, in case you’re missing anything important. Again, I shall be sending as much produce as possible this year to Fifteen Restaurant. With them in mind, I’m excited about a new rocket cultivar on the market: ‘Dragon’s Tongue’ has the familiar leaf shape but handsome red veins. The winter salad has done very well this year, both inside and out, because there has been so little frost. Normally much of it would die back for a time in the dead of winter before re-sprouting as the days grow longer and temperatures rise. 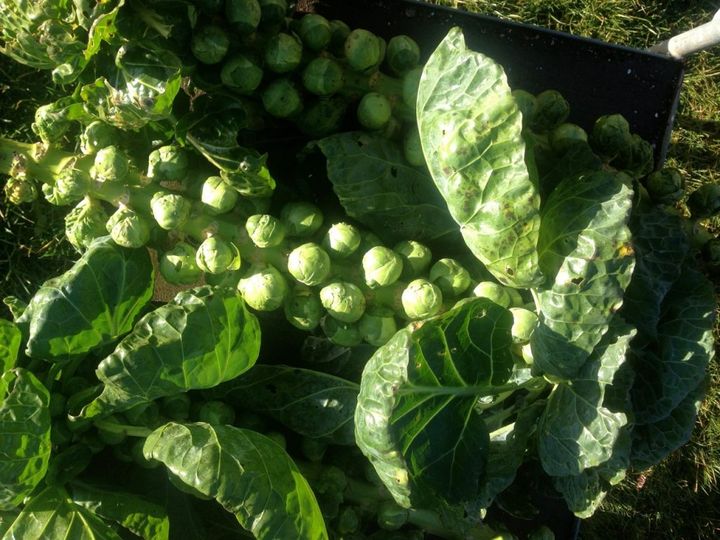 In really foul weather, a useful indoor job is to check through all the produce in store and chuck out anything showing signs of rot. It’s good to do this regularly over the winter. I last did so in mid-January and sent some surplus off to Fifteen. In addition to whatever fresh salad, hardy herbs and greens I could find they got the last of the stored garlic and squash, though sadly the largest of the lot, an ‘Atlantic Giant’ pumpkin, had rotted underneath.  I was proud of this 47kg monster, shown here on its final voyage to the compost heap, though it’s worth noting that the current world record stands at a scarcely believable 911 Kg!