To many, St Patrick's Day might seem like little more than an excuse to drink some Irish stout and stuff themselves silly with lamb and, well, historically that’s pretty accurate; it's the one day of Lent when the fast is suspended. To get in the spirit, we’ve come up with some delicious dishes to celebrate.

It’s fair to say that St Patrick wasn’t the most successful Evangelical Christian in Ireland, and he had a rather fractious start with the nation. As the son of a wealthy family in Britain during Roman rule, it’s possible the first Irishman he ever met was the man who kidnapped him and took him into slavery in Ireland. He escaped back to England but, a few years later, felt the urge to go back to spread Christianity – an act that won him sainthood. He’s also famous for reputedly “driving” all the snakes out of Ireland – that must have been a fun road trip – hence why in our St Patrick’s Day recipe round-up there are no snake recipes.

Ireland is famous for lots of things, but none of them bring more joy than their incredible lamb and their Guinness. This gorgeous, sticky lamb shank recipe from Jamie’s Great Britain brings both together to make some of the best Sunday comfort food you can imagine. On the Guinness theme, you could also think about whipping up this hearty beef and Guinness pie too:

Ireland is also famous for its seafood, and in any restaurant on the southern coast you’ll be offered a rich and creamy fish chowder that warms the cockles of your heart. Try Jamie’s own chowder recipe with sweetcorn and mussels as a lovely lunch or a starter if you’re going all-out. If you’re looking for something to dunk into it, Ireland loves its beer bread and happily the Craft Beer Boys have just written a blog all about it.

And no Irish celebration can be wrapped up with a normal coffee – today if it’s not Irish it’s not worth it! Combining a nightcap and a pick-me-up, try Merlin’s amazing Irish coffee recipe. 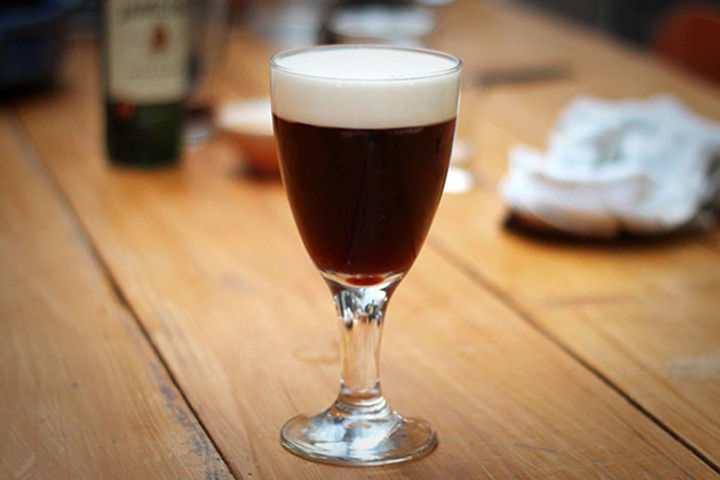 Whether you collapse in a food coma afterwards or keep on partying, enjoy your St Patrick’s Day and remember to eat and drink responsibly.