The great but tiring thing about the world of nutrition is that research is constantly evolving, so you have to keep up to date with the most significant bodies of evidence. Sometimes it can contradict what came before.

The 2014 Annals of Internal Medicine published a metanalysis (basically a big review of studies) on the effect of saturated fat on coronary risk. It concluded that eating less saturated fat doesn’t lower a person’s risk of heart disease. This has caused uproar in the media, because it flies in the face on national public health recommendations that have been around for years.

But is the study representative? Well, no. When Walter Willet, the chair of the department of nutrition at the Harvard School of Public Health (HSPH), was asked his opinion on the metanalysis he said: “I knew something was fishy”. He requested a data supplement from the journal and noticed that the authors had pulled incorrect numbers from some of the original studies. He also noted that the authors had left out some important studies from their analysis.

As scientists we pull conclusions from the most relevant data. As Bruce Griffin, professor of nutritional metabolism and expert in Lipid metabolism at the University of Surrey, said in response to the metanalysis: “The recommendation to reduce saturated fats and replace them with polyunsaturated fats is based on 60 years of cumulative evidence, it is far more likely to be right.”

Although this metanalysis raises some important questions, an analysis is only as good as the studies it is based upon, and if part of the argument is missing, it is misleading. The evidence for a relationship between reducing saturated fat and heart disease is complicated; it depends on what you replace that fat with, as Walter Willet, chair of the HSPH department of nutrition explains.

“People don’t just remove saturated fat from their diets. They replace it with something else. Exchanging a hot buttered cheesecake for half a dozen donuts does not help your heart; swapping it for grilled salmon with greens and olive oil does.”

So the research can often be taken out of context by the media and exaggerated. In fact, Emanuele Di Angelantonio, the senior author of the Annals’ metanalysis, believes that the message of his study has been distorted:

“It was reported as ‘butter and burgers’ and that’s not what our paper said. What the paper said was that the story on saturated fat is slightly more complicated than we thought.”

Some scientists argue that sugar has caused the problems with obesity in the world, and that cutting out saturated fat has, in fact, made us fat. I think it’s extremely narrow-minded to blame one factor for such problems. There is no doubt that too much sugar in our foods is detrimental for our health, and that if saturated fats were replaced with sugary foods and refined grains it would also have a detrimental effect. However, I believe it is a combination of this and a lack of physical activity that has resulted in the obesity epidemic we face, not a reduction in the population’s saturated fat intake. Guidance around the world is unanimous in suggesting limiting sugary foods, and that carbohydrate intake should come from wholegrain sources wherever possible. It has never been the public health’s advice to replace saturated fat with refined carbohydrate. As boring as it may seem, it comes back down to the age-old guidance of a varied and balanced diet.

Thomas Saunders, head of diabetes and nutritional sciences division at Kings College London, recently carried out a review of the evidence in this area. He found that saturated fat intakes have fallen and are now close to guideline amounts, and supports evidence that shows that replacing the saturated fat with unsaturated fat lowers the levels of bad cholesterol in our blood.

Sadly, the media reports around the Annals of Internal Medicine’s metanalysis is effectively encouraging people to up their saturated fat intake again. To solely blame carbohydrates and promote saturated fat is a not only dangerous for our diets but also for the planet.

What is missed out from this argument is that unsaturated fats (like those in olive oil) lower bad cholesterol and increase good cholesterol, so they’re doubly beneficial. Therefore, although there is an argument that coconut oil isn’t as bad as the saturated content of it suggests, more research is needed. You are better off choosing an oil rich in unsaturated fats such, as olive oil or sunflower oil, and making sure you get enough omega-3 fatty acids in your diet from recipes like Jamie’s mackerel, tomato & quinoa salad.

Although the world of nutrition is rife with debate, there is one area that the majority of people agree on: we need to move the emphasis away from nutrient-based recommendations and replace it with food-based recommendations. How our diet interacts with our bodies is a hugely complex process and we need to look at the overall picture rather than focusing on the impact of one nutrient. Public nutrition advice should always be questioned, but we need to remember it is based on a collective of good evidence, created over a long period of time, looking at the whole picture. You can find more information on how to follow a healthy diet here. 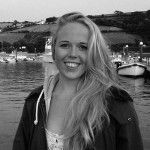 Mary Lynch is a registered nutritionist, and an ex-member of Jamie Oliver's nutrition team. Mary grew up in the middle East in Qatar and so her favourite cuisine is Arabic food, but she loves to experiment and create healthier versions of indulgent treats and dishes. She is a massive foodie and gym bunny, and is passionate about creating change. Follow her on Instagram at @maryflynch.