It's British Pie Week, and to celebrate we asked Food Tube's very own Katie Pix to delve into the history of one of Britain's favourite dishes to reveal the life of pie.

Be it chicken or humble apple, the good-old pie is Britain on a plate. Unassuming and simple it may seem, but there’s a much richer history to this perfectly packaged pick-me-up than meets the eye.

Pie-like dishes have been around since the ancient Egyptians, but the idea of enclosing a filling inside a sort-of-pastry made from flour and oil actually originated in ancient Rome. The first published recipe featured a decadent rye dough filled with goat’s cheese and honey – surprisingly delicious sounding for ancient Roman food!

However, the pie we know and love today has its roots in Northern Europe. Back in the day, olive oil was scarce to nonexistent in the region. Instead, butter and lard were the fats of choice in the harsher and colder climes north of the Mediterranean. The use of these solid fats created a pastry that could be rolled and moulded – and so the true pie was born.

The early “pyes” were predominately meat pies. In the 12th century, the need for nutritious, long-lasting food that was easy to store and carry, particularly at sea, was initially solved by taking livestock along with a butcher or cook. Needless to say, the ships quickly became pretty cramped, so a solution was found – a crust! The hardened pastry packages were not necessarily eaten – think of them as disposable medieval Tupperware. Fruit pies did not appear until the late 16th century, when Queen Elizabeth I was served the first cherry pie. 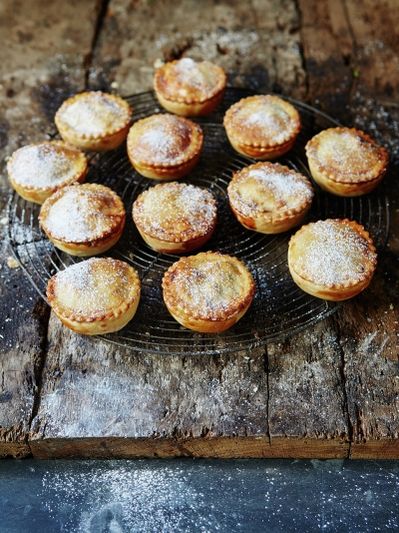 The origin of festive mince pies can be traced back to the 13th century, when European crusaders returned home from the Middle East with recipes containing meats, fruits and spices. Because of their religious ties (eaten in the build-up to Christmas), mince pies were banned during Oliver Cromwell’s period of power in the mid-17th century. Cromwell was a staunch puritan and such frivolities as Christmas and pies were not to be tolerated. For 16 years, pie eating and making went underground (the first rule of Pie Club is…) until the pie ban was lifted following the Restoration of the monarchy in 1660. 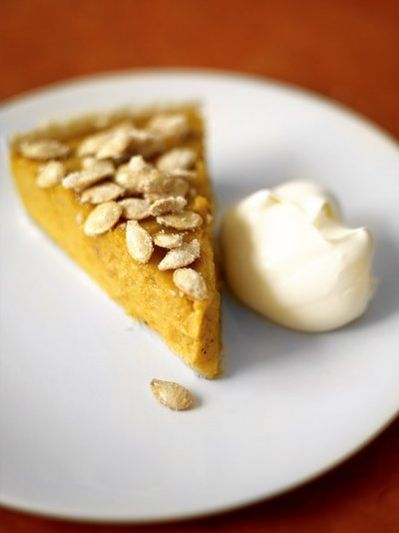 Pumpkin pie was first introduced to the holiday table at the pilgrim’s second Thanksgiving in 1623. Pumpkins were one of the earliest foods the first European explorers brought back from the New World. It’s hard to imagine an American Thanksgiving table, now, without the ubiquitous orange-crusted custard.

Its exact origins are unknown, but the first formal mention of Key lime pie as a recipe may have been made by William Curry, a ship salvager and Key West’s first millionaire. His cook, Aunt Sally, made the pie for him and if the rumours are true, it’s likely that Aunt Sally adapted the recipe already created by local sponge fishermen. Sponge fishermen spent many days on their boats, and stored their food on board, including nutritional basics such as canned milk (which would not spoil without refrigeration), limes and eggs. Without access to ovens out at sea, the original recipe for Key lime pie did not call for cooking the mixture of lime, milk, and eggs. 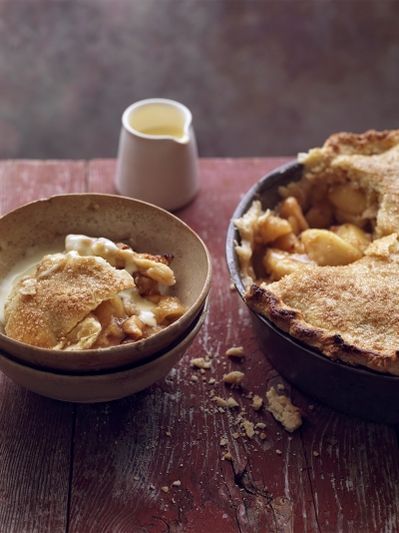 Pie has become so much a part of American culture that we now commonly use the term “as American as apple pie”. But as popular as the tasty dessert might be in the land of the free, it isn’t actually American. When colonists arrived in North America, they found only crab apple trees – and if you’ve ever tried to eat a crab apple, you’d know they are not pie-appropriate. The Romans are thought to have introduced apples to England, and intrepid Brits brought them to the New World when they settled in America. The first recorded recipe for apple pie was written in 1381 in England, and called for figs, raisins, pear and saffron, in addition to apples.

FOUR AND TWENTY BLACKBIRDS BAKED IN A PIE

Sing a song of sixpence, a pocketful of rye, four and 20 blackbirds baked in a pie. When the pie was opened, the birds began to sing. Now wasn’t that a dainty dish to set before a king?

In medieval times, pie crusts were thick and could be baked first, rising to form a pot – hence the term “pot pie”. Contrary to the popular nursery rhyme, the birds were not actually baked in the pie, but rather placed under the removable lid after cooking and unveiled before the excited host of the banquet. Chefs would get quite competitive at feasts and try to outdo other lords and ladies’ cooks. It is said that not only were birds “baked” into pies, but also rabbits, frogs, dogs, dwarves (who would pop out and recite poetry) and at one time a whole musical troupe.

So as you can see, any way you slice it, the simple pie actually has a long and interesting history in Britain and beyond. Celebrate National Pie Week with some of Jamie’s epic recipes and tell us your favourite lidded delight – it’s easy as pie! 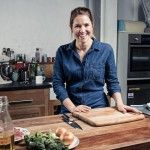 The daughter of two chefs, Katie Pix celebrates staple British dishes and food traditions from around the world every Tuesday on her YouTube channel; part of Jamie's Food Tube family. Inspired by her need for good food fast during a vibrant University life and the demands of London-living that followed, Katie cooks super-simple recipes that scrimp on time and cost ÃÂ¢ÃÂÃÂ but never on flavour.