The best national events have a good food tradition attached to them – haggis for Burns Night, coins in the Christmas pudding, dumplings for Chinese New Year, latkes for Hanukkah…

However, one that UK readers may not be so familiar with is Anzac Day, and the delicious Anzac biscuits traditionally baked and eaten for it.

The Gallipoli Landing, also known as the battle of Anzac Cove, was a particularly harrowing battle, which involved many Anzac troops and a great loss of life. The events at this battle, and the actions of the Anzac soldiers in dealing with the extremely adverse circumstances, helped form a huge part of the national identities of Australia and New Zealand as stories of their endurance, courage, ingenuity and good humour came home.

In both countries people gather on April 25 for a sunrise ceremony known as the Dawn Service, honouring the pre-dawn landing at Gallipoli. The ceremony includes traditions such as the Last Post (a military bugle call, signifying the end of the day’s activities), the laying of wreaths, and a reading of the Ode of Remembrance. Marches are held, including veterans from all past wars, members of the Australian Defence Force, and other uniformed service groups.

But it’s not in the nature of Aussies or Kiwis to let a day commemorating the Anzacs go by without also celebrating their camaraderie. We do that by drinking gunfire coffee (black coffee with a splash of rum said to be popular with soldiers), playing two-up (a gambling game which is illegal every other day of the year) and baking and eating Anzac biscuits. 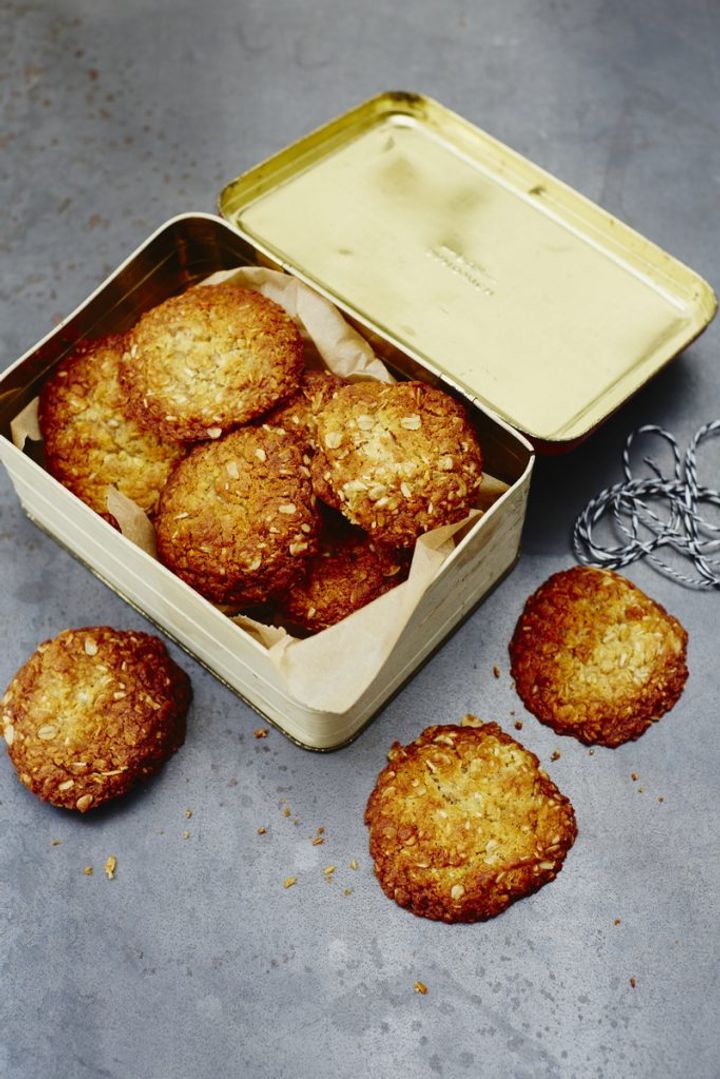 The traditional Anzac bikkie is usually a simple mixture of flour, oats, golden syrup, dessicated coconut, sugar, butter and bicarbonate of soda. The original recipe, like most historical recipes, is a little harder to pin down. The first recorded recipe for ‘Anzac biscuits’ is completely different to modern Anzacs, though other very similar recipes existed under names like “rolled oat biscuits” and “soldier’s biscuits” in cookbooks during the early 1900s.

It’s a popular myth that they’re called Anzac biscuits because they were shipped to the Anzac soldiers during the war. However, while it’s true that they travel excellently and don’t contain any ingredients that easily spoil, the name “Anzac biscuits” didn’t meet up with these buttery, oaty cookies until the 1920s. In reality, the biscuits were more often made at home to sell for fundraising, or to serve at fetes and other events held to raise money for the war effort, and it’s this connection between the biscuits and the war that led to the use of the name “Anzacs”.

Nowadays, Anzac biscuits are available in every supermarket, café, and at every school fete across Australia and New Zealand all year round – and there are reasons why they’re so popular.

They range from super-chewy to mega-crisp. They’re buttery, with the smoky warmth of golden syrup and the fragrance of coconut and oats throughout. They’re totally delicious, and perfect to dunk into a cup of tea or coffee (whether it’s been perked up with a splash of rum or not).

These golden cookies are also often the first recipe that a lot of Aussie and Kiwi kids learn to bake. The simple melt, mix, shape, and bake nature of these cookies makes them perfect for young hands.

The simplicity of the recipe also makes them perfect for any low-tech kitchen, or for beginner bakers. All you really need is a mixing bowl, a spoon and a baking sheet and you’re only a short wait away from warm cookie heaven. What’s more, you get to enjoy the smell of these as they bake. It’s a combination of caramelising sugar, toasting oats and coconut, and browning butter, and it is completely and utterly irresistible. And while you’re at it, these biscuits lend themselves beautifully to experimentation – some dried tropical fruit, a dunk in chocolate, or a dash of maple syrup would be perfect. 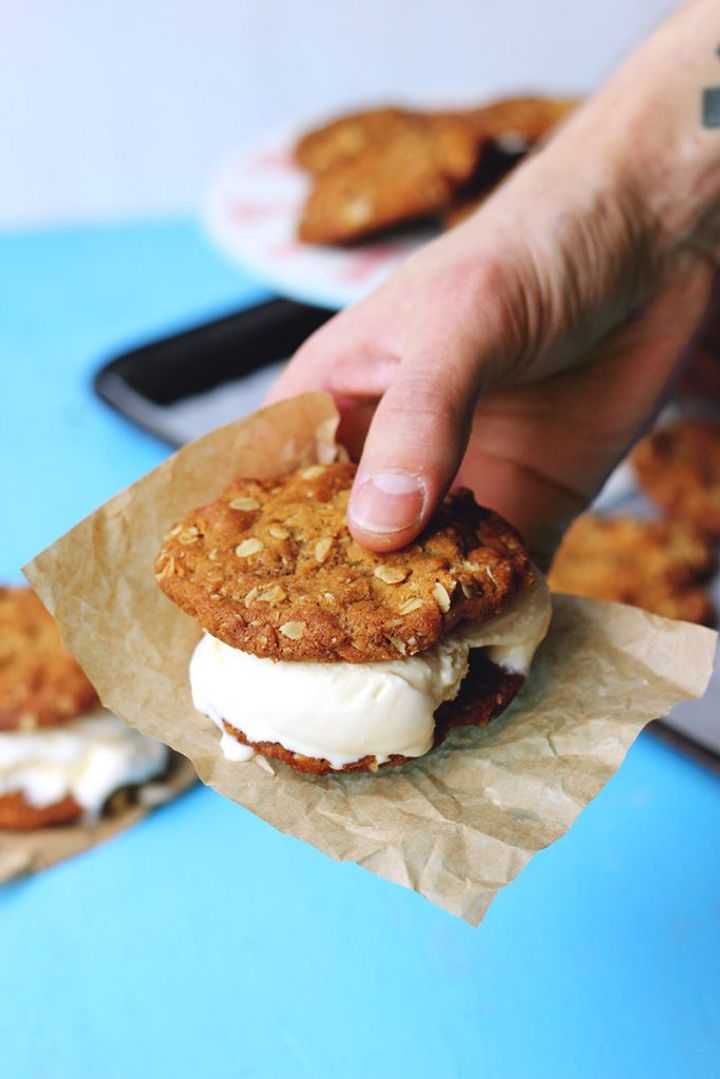 So, not only are these biscuits named in honour of a group of soldiers that helped form the national spirit of two countries, they’ve also become an indelible part of early life for many Australian and New Zealand bakers. From humble beginnings as a wartime treat, ingeniously using golden syrup as a binder in a time when egg supplies were short, come these simple but perfectly formed biscuits. And, unlike with the Pavlova, there’s never any argument about where the original recipe comes from. With the Anzac biscuit, we know that it’s not the recipe source that’s important, but the spirit and sacrifice of the soldiers who inspired the name. Lest we forget.

Have a go at Jamie’s Anzac biscuit recipe in time for this year’s Anzac Day, or watch Tobie Puttock make the same recipe on Food Tube below!