For this guide we’ve teamed up with the prolific but mysterious Clerkenwell_Boy, a top London Instagrammer and firm favourite amongst many chefs and foodies. He has been featured by various publications including Evening Standard, Londonist, Thrillist and The Times. 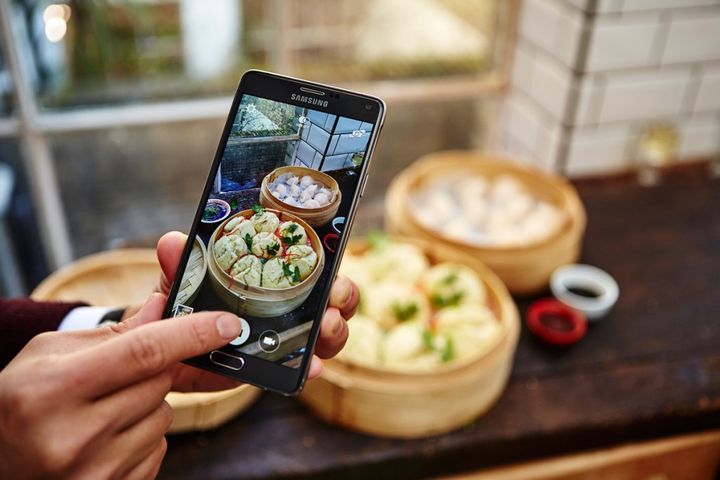 With Chinese New Year approaching, I’m busy making plans for the night. This year, I’ll be celebrating with a dim sum feast with my friends in London.

Throughout my childhood in Australia, my family would often make weekend trips to Chinatown for grocery shopping, followed by ‘dim sum’ (or ‘yum cha’, as they would call it).

What is Dim Sum?

The term ‘dim sum’ refers to a vast array of bite-sized dishes typically eaten over a long brunch and served with tea. Whether savoury or sweet, dim sum dishes can be prepared in a number of ways (usually steamed, fried or baked).

The most popular types of dim sum range from dumplings, buns, wraps and noodle rolls (often filled with a mixture of fresh seafood, meat and vegetables) to puffs, tarts and puddings.

What’s the history behind it? 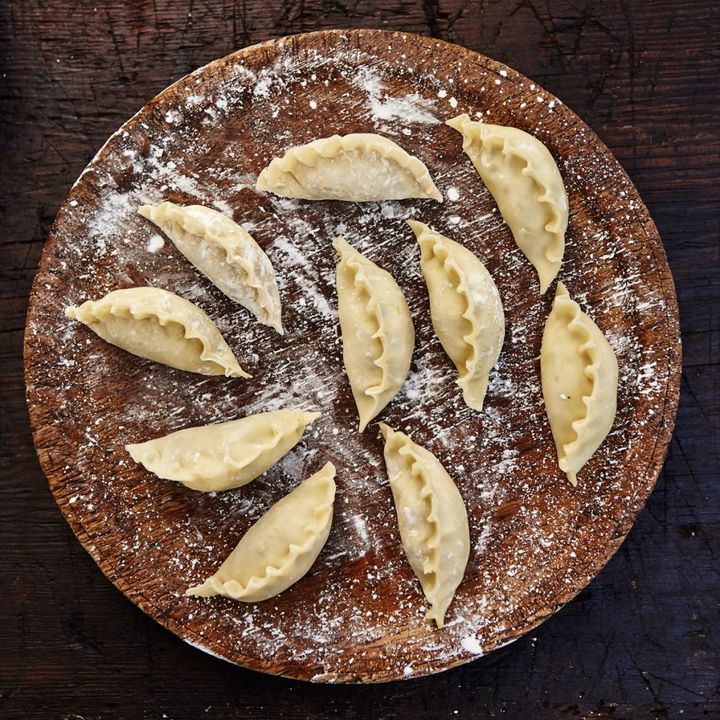 There are many myths surrounding the origins of dim sum. The popular story is that it was created by chefs of the Royal Court many centuries ago, in order to ‘touch the heart’ of Chinese emperors.

As the tradition began to spread, teahouses along the ancient Silk Road would serve tea and light snacks to entice hungry travellers.

Where can I eat it?

These days, many Chinese restaurants will serve dim sum at breakfast or lunchtime – and in many parts of the world it has become a weekly ritual for families and friends to gather and enjoy a tasty meal of it together.

Each dish at these meals usually consists of three to four pieces of dim sum, which arrives in piping hot bamboo steamer baskets or on small plates. Often, in restaurants, the morsels are served from carts that move around from table to table, which means they’re great for sharing, and provide the perfect excuse to try as many items as possible.

What are the most popular dishes?

With the vast number of different dim sum dishes out there, it can be a bit overwhelming to those who haven’t grown up with them, so here’s a simple guide to some of the most popular and iconic dishes, separated into four major categories.

Prawn (‘har gow’) – juicy prawns, encased in a thin translucent wrapper made from wheat starch and tapioca flour, delicately pleated on one side 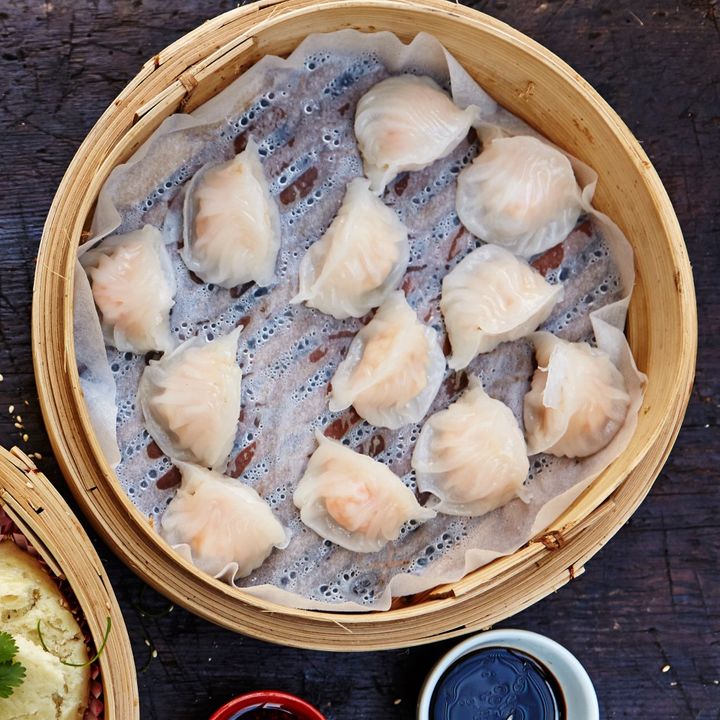 Shanghai soup dumplings (Mandarin: ‘xiao long bao’ / Cantonese: ‘siu lung bao’) – these legendary dumplings have paper-thin wrappers, which encase a mixture of perfectly seasoned ground pork, and – most importantly – an intense and flavourful hot broth. It is important to poke a hole at the top of the dumpling to let out some steam, in order to avoid burning your mouth

The good news is that although they look complex, dumplings are wonderfully easy to make – read Mardi’s guide to making your own. For some really beautiful ones, try these fabulous Har kau bunnies, which are particularly perfect for Chinese New Year. 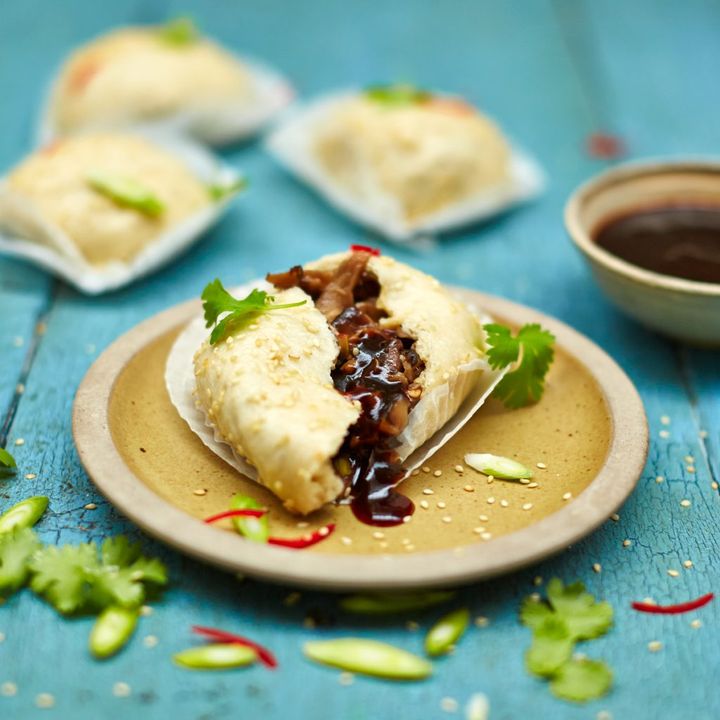 Custard buns (‘lai wong bao’) – steamed fluffy white buns, filled with sweet custard, typically made with a mixture of eggs, sugar, butter, corn starch, condensed milk and custard powder. My personal favourite is the sweet custard bun with a ‘liquid centre’, which has gained popularity in recent years. Apparently the secret to the hot and runny liquid centre is more butter!

Steamed buns are also a breeze to make yourself, and Jamie has recipes for both chicken and vegan steamed buns.

Taro croquettes (‘wu gok’) – ground pork and vegetables are wrapped in a taro paste into mini-football shapes before being deep fried – which causes the outer part of the dumpling to puff up. The result is a crispy light coating and moreish hot centre – just like a croquette

Sesame prawn toast (‘ha to si’) – minced prawns, coated with sesame seeds and spread over fresh bread before being deep-fried

Potstickers (‘wo tip’) – these delicious dumplings consist of a thinly rolled piece of dough, filled with ground meat, seafood or vegetables, which are then crimped to seal in the filling. The secret is to pan fry the dumplings for a few minutes to obtain a crispy bottom, then to add stock or water to the hot pan and let the dumplings boil and steam at the same time by covering with a tight lid. After all the steam has evaporated, the dumplings should be cooked through and crisp up again, sometimes even sticking to the pan – hence the name ‘potstickers’ 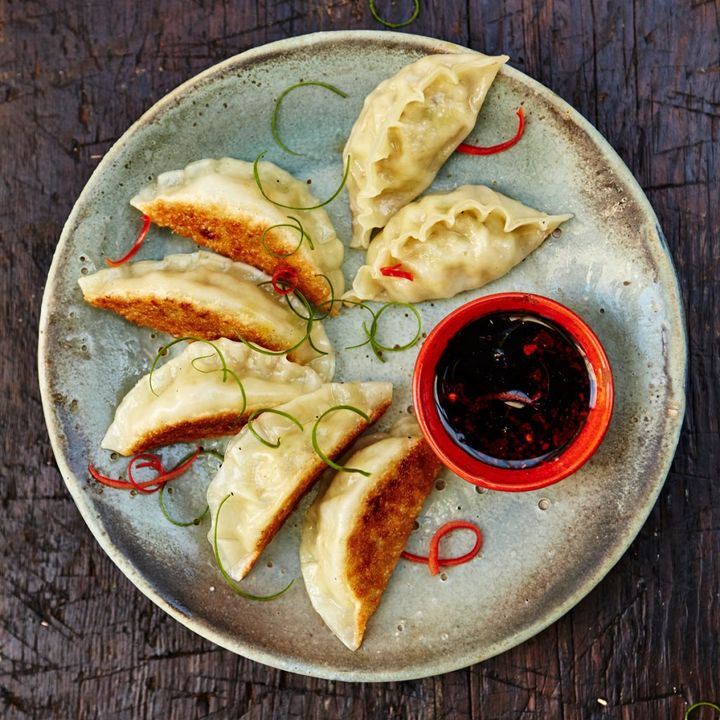 These are worth making yourself, too, and Jamie has a wonderful pork & cabbage potsticker recipe you can try.

Radish cakes, steamed, then pan-fried (‘lo bak gou’) – Chinese radishes are grated and mixed with rice flour into a thick batter before being steamed. It is common to mix finely chopped ingredients such as shallots mushrooms, dried shrimp and sausages into the batter. Once cooked through and chilled, the ‘radish cakes’ are sliced and pan-fried until golden and crispy 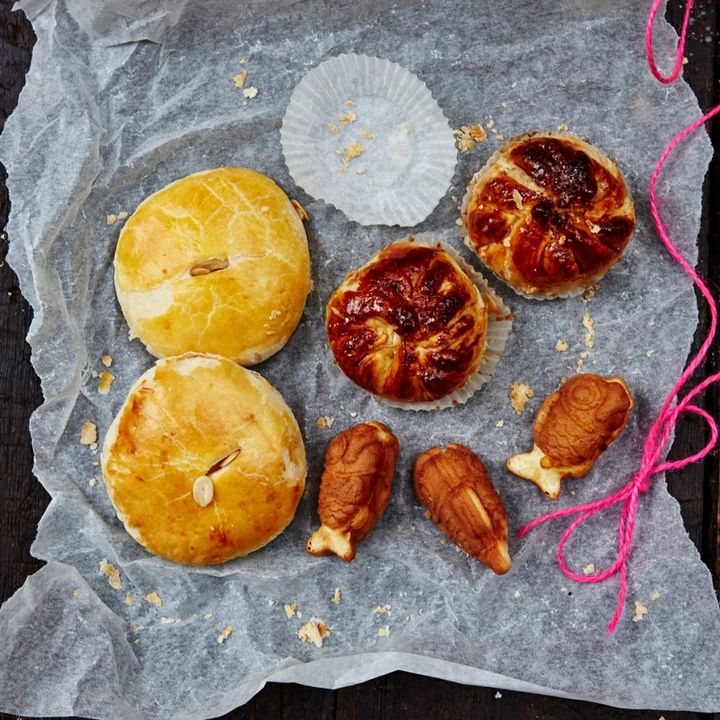 Custard tarts (‘daan tart’) – the classic Chinese custard tart consists of either a puff pastry or short pastry open casing, with a set custard centre made from eggs, sugar, milk and vanilla. These bite-sized pastries are typically eaten at the end of the meal so remember to save room!

Rice noodle rolls (‘cheong fun’) – large sheets of steamed rice noodles are used for wrapping a variety of fillings – ranging from prawns, beef or barbequed pork, to mixed vegetables or even fried dough sticks – into long ‘rolls’. Typically served with a splash of sweetened soy sauce 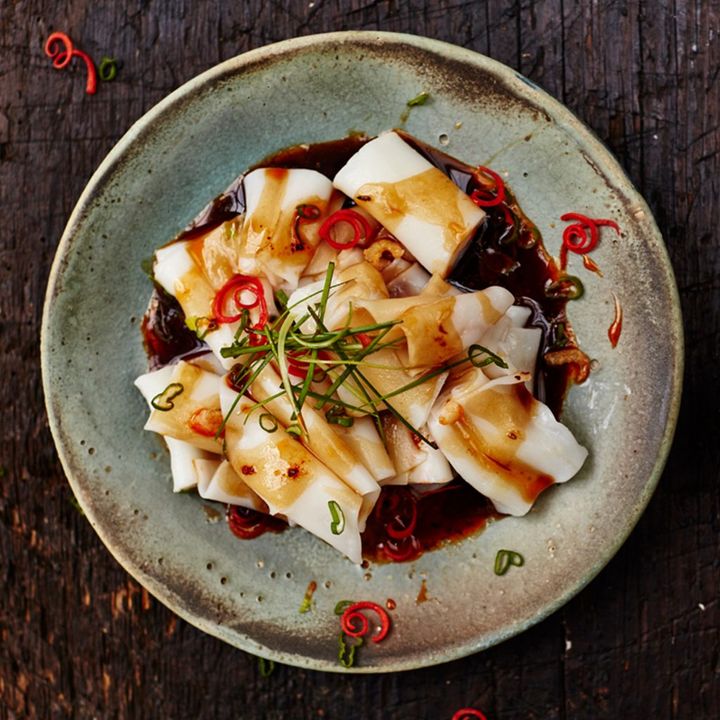 Sticky rice, wrapped in lotus leaves (‘lo mai gai’) – a steamed parcel of glutinous rice encasing a range of savoury ingredients such as marinated chicken or pork, mushrooms and other vegetables – wrapped together by a dried but re-hydrated lotus leaf. Although the leaf is inedible, it imparts a mild green and herbal fragrance into the cooked rice

Congee (‘jook’) – savoury rice porridge with a creamy, soup-like consistency, served warm or piping-hot, congee is popular in many Asian countries as a breakfast dish. Often considered a blank canvas, it can be eaten plain or accompanied by any mixture of any ingredients you fancy

So there you have it! Something for everyone – and just in time for Chinese New Year!

For more food ideas for your new year celebrations, be sure to check out Jamie’s wonderful Chinese recipes.

Although the identity of Clerkenwell_Boy is anonymous, we do know he grew up in Australia and now lives in the UK. You can follow his daily adventures and dining tips on Instagram and Twitter.