Christmas has come early for a certain pest population. I estimate voles have eaten 95% of my oca crop this year, having tunnelled under all but one of the eighty plants to get at the starchy tubers underneath.

I was completely unaware of the carnage until I lifted a corner of the horticultural fleece that covered them to have an exploratory dig myself. After much swearing I just managed to scrape together enough to replant next year. No roasted oca for me on Christmas day then. Thanks guys.

This article looks at some of the more unusual (but still delicious) vegetables you can serve up alongside the Christmas roast. You’re much more likely to find them at a farmers’ market than a supermarket. Oca (Oxalis tuberosa) might be too esoteric even for that, in which case, buy some here and have a go at growing some yourself next year. 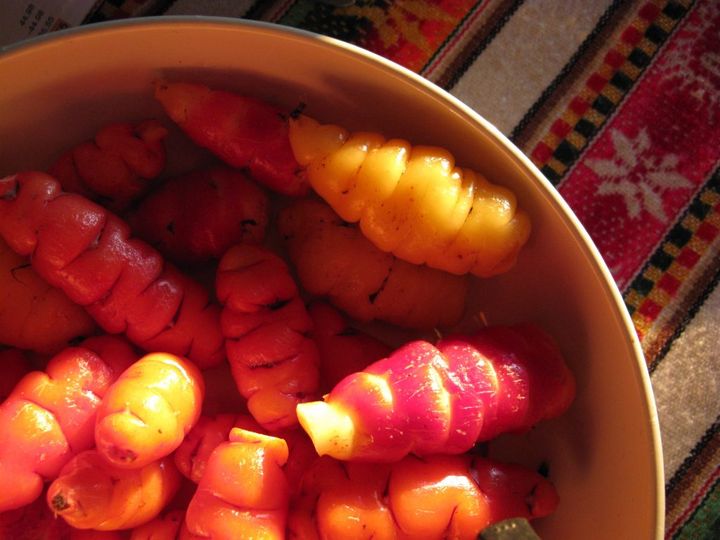 Oca cultivated like the potato and, though unrelated, both happen to originate on the Andean plateau. Yields are smaller, however, since over here tubers only form in autumn and the plant is not frost hardy. Elongated and waxy-skinned, they resemble “Anya” potatoes in shape but come in startlingly Day-Glo shades of pink, orange and yellow. Sadly, the colour fades on cooking (the only reason I can see for them not being a massive hit) but when roasted, the flavour is lovely: nutty and sweet with a hint of lemon.

Here’s another tuber, this time from North America. I won’t say too much about the Jerusalem artichoke, since I dedicated a whole post to them in March. They are delicious but curiously expensive to buy, especially seeing as they are a doddle to grow. The photograph is of “Gerard”, an unusual pink-skinned variety. I’d advise eating them after a few frosts though, as cold seems to mitigate the flatulent effect they have on some people. Perhaps see it as a version of Russian roulette to enliven the post-prandial slump on Christmas day. 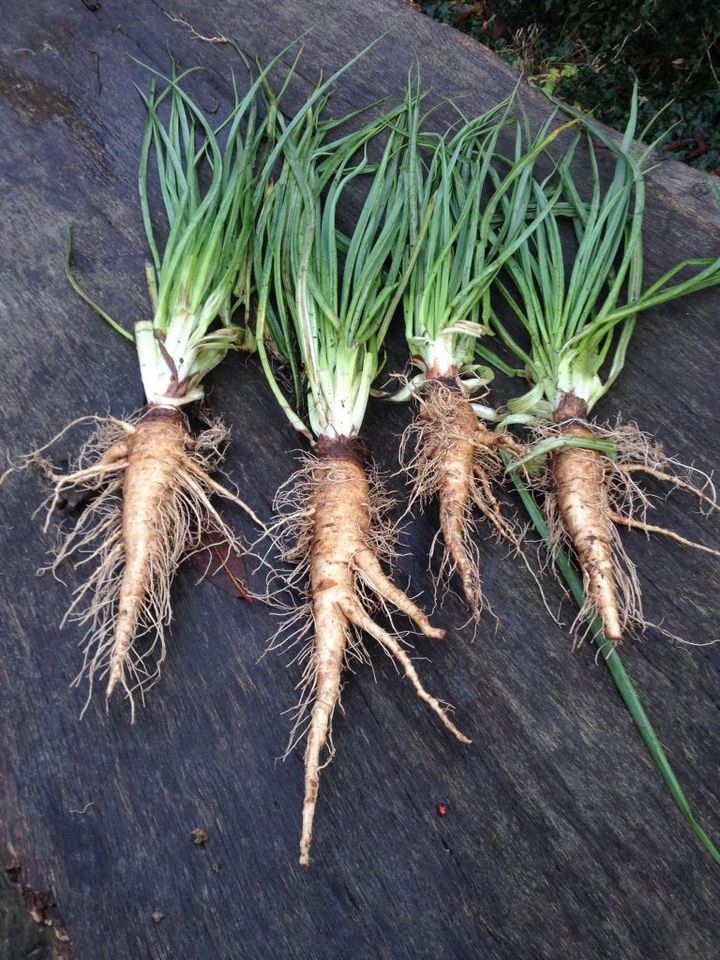 Salsify is an old-fashioned root crop that’s coming back into fashion. Books often call it “oyster plant”, and perhaps the flavour is slightly reminiscent. It is certainly subtle and unique but more sweetly earthy than maritime, I’d say. It roasts nicely and also mashes well with butter. To prevent discoloration, either peel after cooking or rub cut surfaces with lemon. The tops – “chards” – can be blanched in spring and steamed. I always leave some plants to flower – the purple blooms are edible and attractive in salad. Uneaten, they turn-into heavy-duty dandelion-style clocks. Care is needed when digging them up, as they snap easily. Neither root is bothered much by pests or diseases. 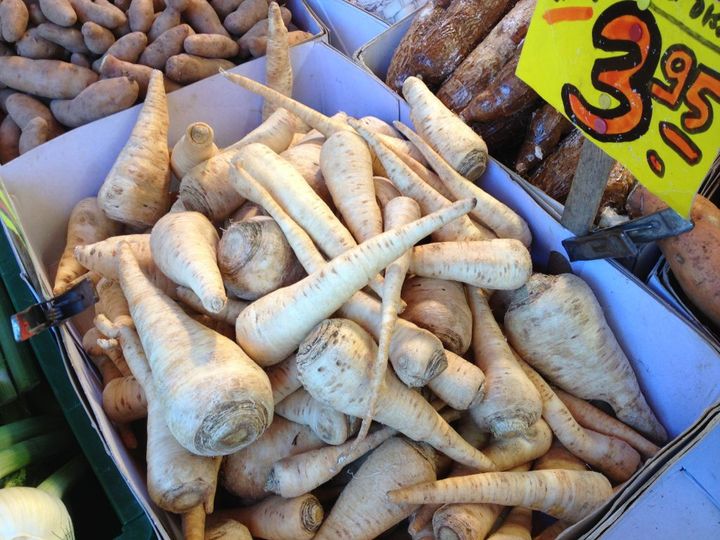 These roots, seen here on a market stall in Berlin, are not parsnips but Hamburg parsley, a form of parsley with a big taproot. It can be treated like parsnip in the kitchen but the flavour is different: very like parsley, unsurprisingly, but gentler and with hints of carrot and celeriac too. It’s more popular than parsnip in central and Eastern Europe and often turns up in borscht recipes. The tops are like coarse flat-leaved parsley, useful for stock or a bouquet garni (a bundle of herbs used for flavouring stews and soups). 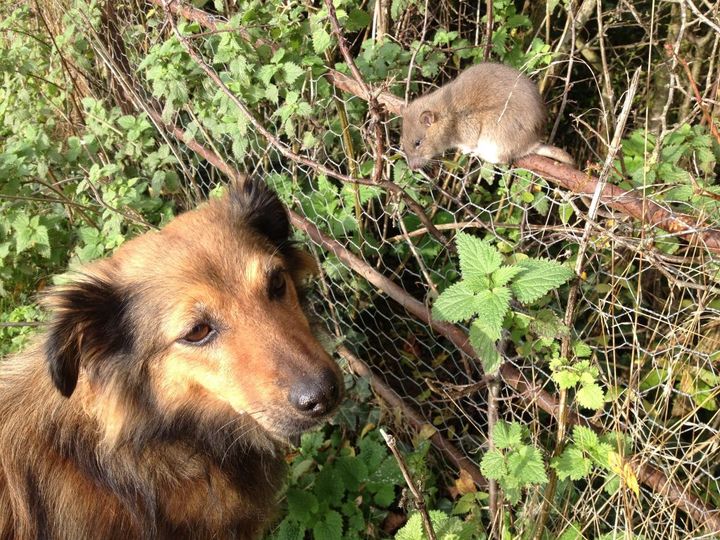 As for the voles and rats, I’m not sure what to do as yet. Unfortunately, next door’s cat is arthritic and my dog can’t be bothered with them because they’re not marmots (she grew up in the Pyrenees). It’s the first time it’s been an issue, which I put down to the remarkably mild winter last year, resulting in a rodent and rabbit population explosion this year. So, fingers crossed for some decent cold weather. I need snow too – there wasn’t a flake last year – so that I can see where the rabbits are breaching the fence. Such is gardening: the problems and failures are more important lessons than the successes, if less tasty.