The terms ‘food allergy’ and ‘food intolerance’ are bandied about a lot, and it’s almost impossible to go out for dinner without hearing someone saying they can’t eat some food or other. But when someone says they’re gluten intolerant or allergic to peanuts, what does it actually mean?

Put simply, food allergy is a reaction by the immune system to certain proteins in food. The reaction can happen immediately or be delayed. Food intolerance is a catch-all term for other reactions that don’t involve the body’s immune system and are usually triggered by substances other than food proteins. Intolerance tends to be less severe than an allergy, and mostly involves abdominal issues or digestive problems.

Immediate allergic reactions can be anything from hives (which look like nettle rash), swollen lips or eyes, to vomiting or diarrhoea. The most severe symptoms – such as breathing difficulties or issues with the cardiovascular system such as a drop in blood pressure or loss of consciousness – are called anaphylaxis or an anaphylactic reaction.

Delayed allergic reactions are often more difficult to diagnose as they can occur up to three days after eating the relevant protein. Symptoms include eczema, vomiting, reflux, colic, stomach and digestive problems and faltering growth in children. It is possible to have a combination of both delayed and immediate allergies. For example, Fiona’s son has immediate allergies to peanuts and eggs, and a delayed allergy to gluten. 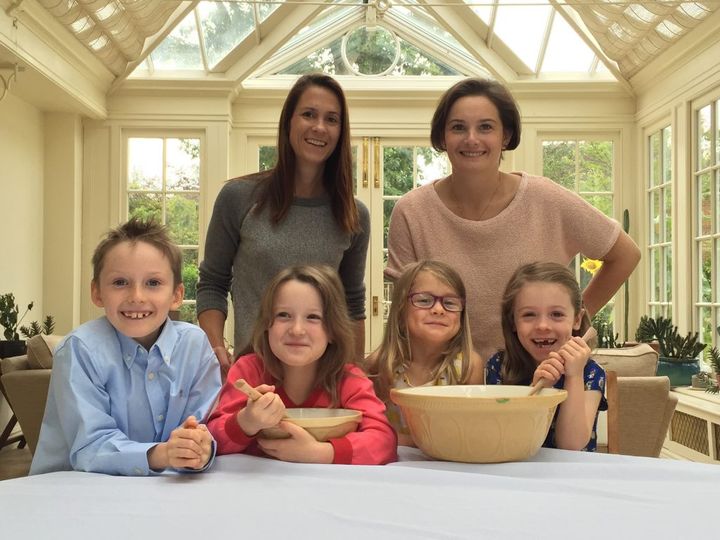 Lactose intolerance is a common form of intolerance where sufferers have a deficiency in the enzyme lactase, which means the sugar found in milk (called lactose) can’t be broken down properly, resulting in digestive and other problems. However,  it’s important to understand that the special milks adapted for those with lactose intolerance are unsuitable for anyone with a dairy allergy as they still contain the proteins that trigger a reaction in those who are allergic.

Then there is coeliac disease, which is neither an allergy nor an intolerance. It is an autoimmune disease in which gluten triggers an unnecessary response by the body’s immune system. Friendly fire from the immune system can damage the lining of the small intestine, affecting the absorption of food, causing a range of problems including abdominal pain, diarrhoea, poor growth, insufficient weight gain and, in extreme cases, malnutrition.

Ellie discovered her daughter’s food allergies when Isabelle first sucked on a piece of cheese as a baby. Her eyes swelled up and her face and body was covered in hives within a minute of putting the cheese in her mouth. When she was referred to a specialist allergy and immunology consultant, tests established she was allergic not only to dairy, but also to egg, peanuts and sesame. Her asthma puts her at significant risk of anaphylaxis so she must always carry medication, including two adrenalin auto-injectors with her. Fiona’s son’s immediate allergies became apparent when he first ate a cake containing egg, and his peanut allergy was picked up in testing. But it took much longer – with many tests, elimination diets and several doctors  – to work out he had a delayed allergy to gluten.

We know how daunting it can be when your child is miserable and suffering with digestive problems and eczema, and how scary it can be to witness your child having an immediate allergic reaction. We’d urge anyone who suspects that their child has an allergy or intolerance to see their GP to be referred to a specialist. The consultant will be able to get to the bottom of your child’s symptoms and, with the help of a specialist dietitian, put together a detailed diet plan to make sure your he or she is getting all the necessary nutrients when eliminating certain key foods. It’s really important not to cut out a main food group such as dairy, for example, from your child’s diet without a medical diagnosis and specialist advice.

In future posts we’ll discuss our understanding of various studies and research programmes looking into potential future cures for food allergy. But for the moment, these are all still experimental and current guidance when a food allergy is diagnosed is food avoidance.

While food allergy can seem overwhelming – particularly at the beginning when you’re new to it – we wholeheartedly believe it needn’t dominate your life or your child’s. You very quickly become used to checking labels, asking questions in restaurants and always carrying medication if you need to.

We both do a lot of home cooking as we need to eliminate quite a few allergens, but we believe there’s no reason this can’t be quick and straightforward. We use ordinary ingredients that you can easily find in supermarkets to make delicious recipes the whole family can eat together – there’s no need to cook twice or cater separately for your allergic child. Why not try our recipe for chicken drumsticks with colourful peppers as a start and see how easy it is. 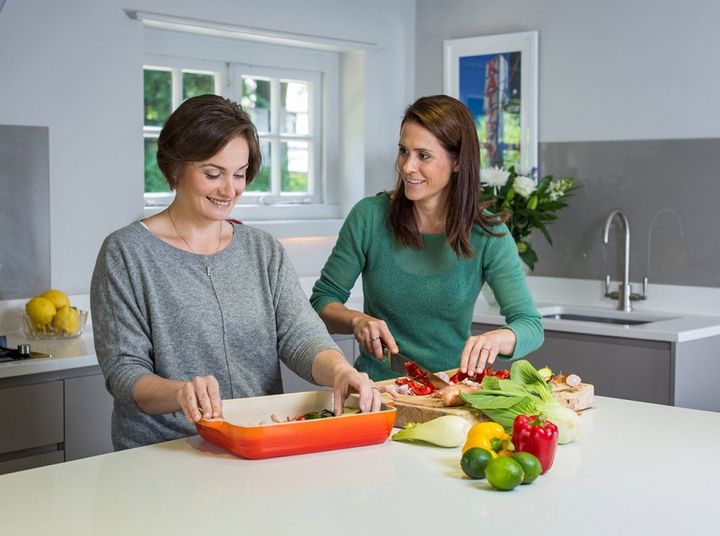 Our dishes are always free from major allergens: dairy, eggs, peanuts, tree nuts, soya, gluten, sesame and shellfish. If some of these allergens are things your child is not allergic to, we often make suggestions at the bottom of the recipes to add ingredients back in – there’s no need to eliminate foods from your child’s diet unnecessarily. After all, it’s restricted by food allergy already, so the last thing we want to do is limit it further. 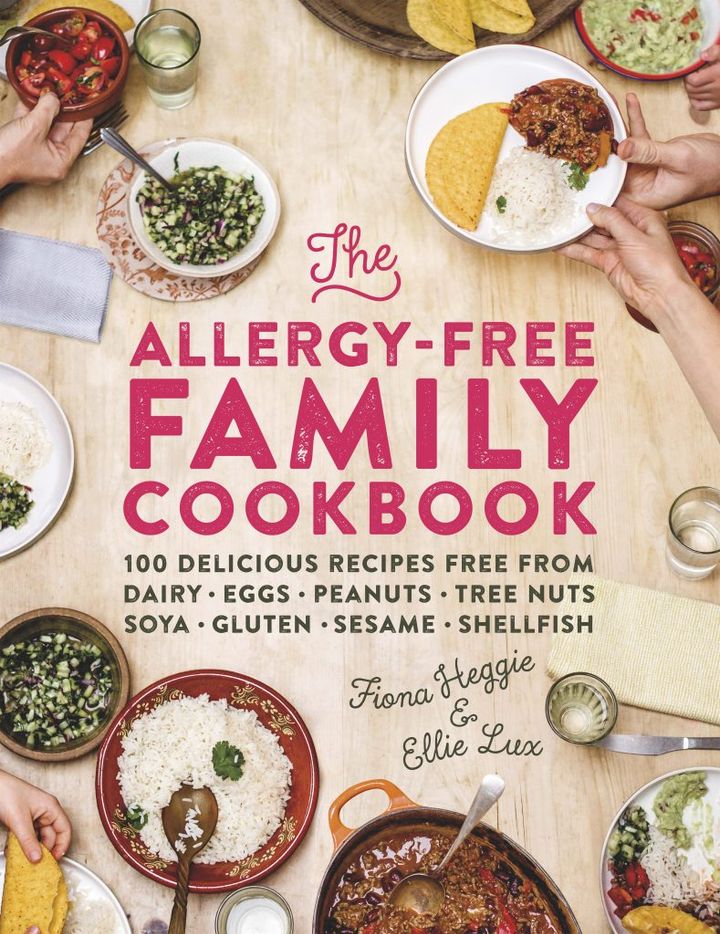 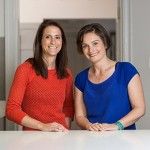 Ellie and Fiona are two mums who have been friends since they were 11. Ellie has a background in marketing, and Fiona is a trained chef. Their children, Isabelle (six) and Casper (eight), were both diagnosed with food allergies when they were babies, and this led their mums to write The Allergy-Free Family Cookbook, which is full of recipes that the whole family can eat together that just happen to be free of dairy, eggs, peanuts, tree nuts, soya, gluten, sesame and shellfish.