Finding comfort in food is an act we all indulge in; everyone loves a plate of something that can satisfy their appetite as well as soothe and reassure.

When and why we seek these dishes out varies greatly though. From craving hot and hearty meals on chilly winter evenings, to reaching for a bowl of something restorative at the end of a long working week, comfort food plays a big role in helping us feel good.

There is no formula for comfort food – it’s an individual appreciation of a plate of goodness that elicits a general feeling of wellbeing. It’s also a universal appreciation, and every culture has its own examples of meals that bring contentment and joy, whether its a heaped bowl of creamy Italian risotto, a nourishing spiced tagine from Morocco, or a decadent British sticky toffee pudding.

The Chinese are certainly partial to soup, often starting meals with a bowlful. A wonton is the name given to a type of dumpling commonly found in a number of Chinese cuisines. The word translates to “swallowing clouds”, an indication of their appearance once cooked. They are usually fried or boiled and served in a soup, and each region of China has different dumpling shapes and sizes. When served in a soup, the liquid is often a deep meaty stock traditionally made by boiling down pork bones and shrimp shells. 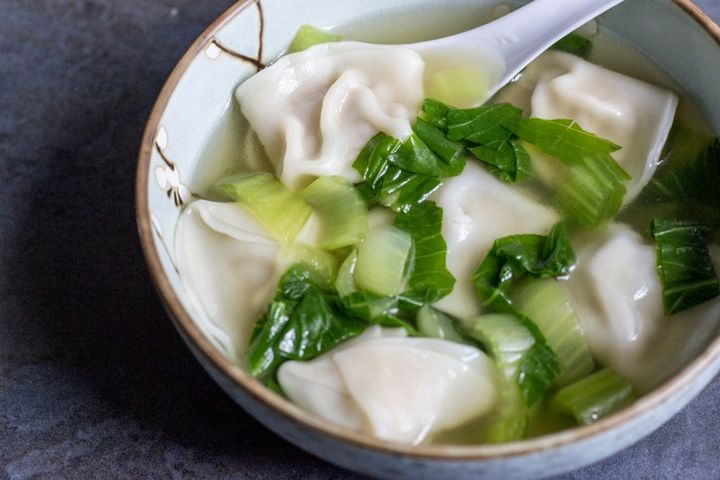 Here I’ve worked up a recipe for a simple and classic wonton soup made with pork and prawn dumplings. The end result is a life-affirming bowl of goodness, perfect as a light meal or starter to something grander.

When you’re next seeking some comfort, give this a go.

For the wonton dumplings (makes around 36 small ones)

Remove the wonton wrappers from the fridge ten minutes before you intend to use them, to allow them to warm up. In the meantime, combine all the remaining wonton filling ingredients in a large bowl. Use the back of a fork to mix thoroughly.

Open the pack of wonton wrappers and place one on a clean and dry work surface. If they are oval in shape, lay them so the longest width runs from top to bottom in front of you, as in the picture. If square, lay them so you have a diamond shape in front of you. Get a cup of water and keep this to hand. 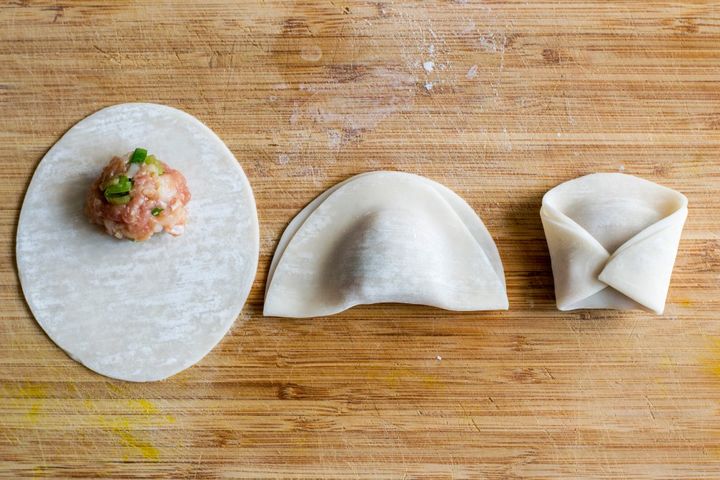 1)    Place a heaped teaspoon of filling mixture in the middle of the top half of the wrapper.

2)    Wet your finger and run a little water around the edge of the top half of the wrapper.

3)    Fold the bottom up and over the filling, so it meets with the top edge. If square, bring the bottom corner of the diamond up to meet the top corner.

4)    Run your finger over the filling to push out any air bubbles, then press the pastry firmly around the meat so you have a sealed parcel.

5)    Turn it over and dab some water in the middle. Tightly fold one corner into the middle. Add another dab of water and then tightly fold in the other corner. If using a square, you can tuck down the top corner that remains sticking out at this stage.

6)    Repeat until you’ve used up all of the wonton wrappers and filling.

7)    As you make each dumpling, keep them under a clean tea towel that has been run under the tap and wrung out. This prevents them from drying out. 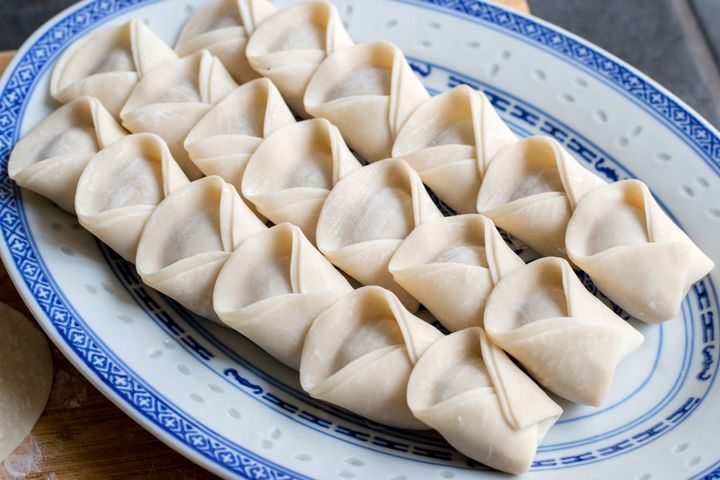 It really doesn’t matter how you fold your wontons, as long as you end up with a sealed parcel that has no exposed meat and no air bubbles. If you find a different way that you prefer, by all means go for it.

In a large pan, bring your chicken stock to a gentle boil. Meanwhile, cook the dumplings. Fill the biggest saucepan you have with plenty of water and bring it to the boil. Add enough dumplings to create a single layer on the water. It’s important not to overcrowd the pot, so cook them in batches if you are cooking lots. Stir them gently as you bring the water up to the boil again. When the dumplings float to the top, they are cooked.

Once the dumplings float, use a slotted spoon to transfer them to your gently boiling chicken stock. Add the pak choi – first the white parts and then a minute later, the green parts. Bring the liquid up to the boil again and allow them to cook for around three minutes.

Turn off the heat and season your stock with the soy sauce, rice vinegar, toasted sesame oil and plenty of white pepper to taste. I’ve provided some guidelines, but feel free to amend according to your preferences.

Serve up six dumplings per bowl, then pour over a couple of ladles of the liquid. Finish off with a scattering of chopped spring onions, and serve immediately. 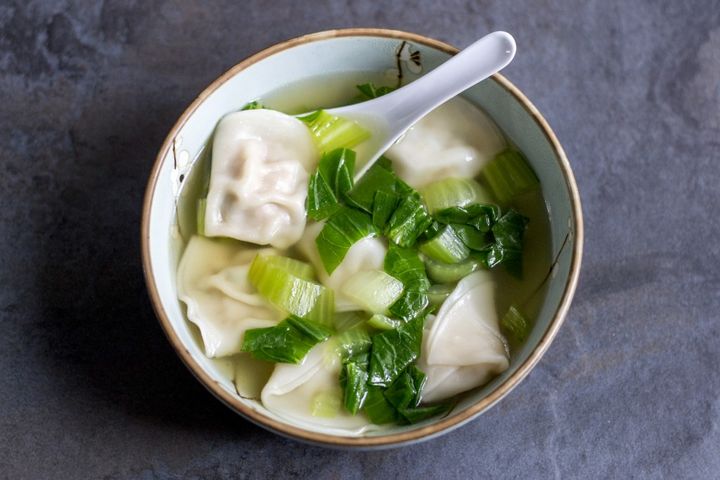 Tip:  This recipe is great for batch cooking. You can make the dumplings in advance and freeze them before cooking (they will need a bit longer to cook from frozen remember), or keep the finished soup in the fridge for two days and just reheat on the hob. 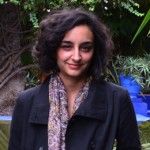 A London-based food and travel writer and photographer, Leyla spent the best part of 2015 eating her way around the globe. Brought up surrounded by exceptional cooking from her Mauritian mother and Turkish-Cypriot father, seeking out the flavours of the world has become Leyla's daily endeavour. She can be found sharing her global eating experiences at her blog www.thecutlerychronicles.com and on Twitter at @LeyLaLaa.