The tomato is integral to so many classic Italian dishes. In fact, it’s hard to imagine the country’s cuisine without it.

Yet that was the situation until the sixteenth century, when Spanish conquistadors brought the novel fruit back as part of their plunder from the recently discovered Americas. It soon travelled to Italy. The earliest description we have is from 1544, written by an Italian doctor and botanist named Mattioli. He gave it the name pomo d’oro (golden apple) which persists to this day.

It grew well in the Italian climate and gradually became popular, though initially only as an ornamental due to suspicion that it was poisonous, since it clearly belonged to the nightshade family. In fact, assimilation into local cuisine took a couple of hundred years.

As time passed, different varieties of tomatoes emerged, all flavoursome and well adapted to local conditions. As is the way in Italy, these became firmly associated with their particular regions, and with particular regional dishes.

The tomato’s place of origin is frequently included in its name. More than three hundred varieties are grown in Italy – the few featured here are simply those whose seed is readily available in the UK. 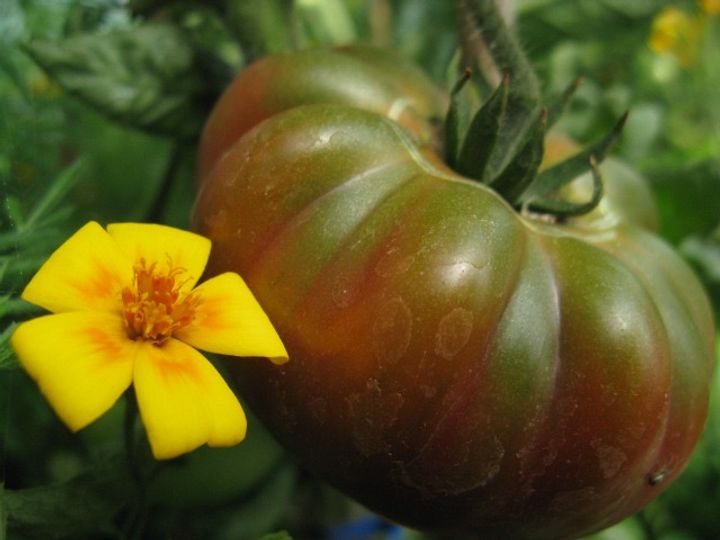 Plum (or paste) tomatoes are first choice for sauces because they have thick, meaty flesh, fewer seeds, less juice, and thicker skins, which makes them comparatively easy to peel. Commercially, they are usually tinned or used for passata. The most well known is ‘San Marzano’, which hails from the Sarno valley near Vesuvius and thrives in its volcanic soil. It has been awarded PDO (protected designation of origin) status. It is also the tomato needed to make a true Neapolitan pizza. 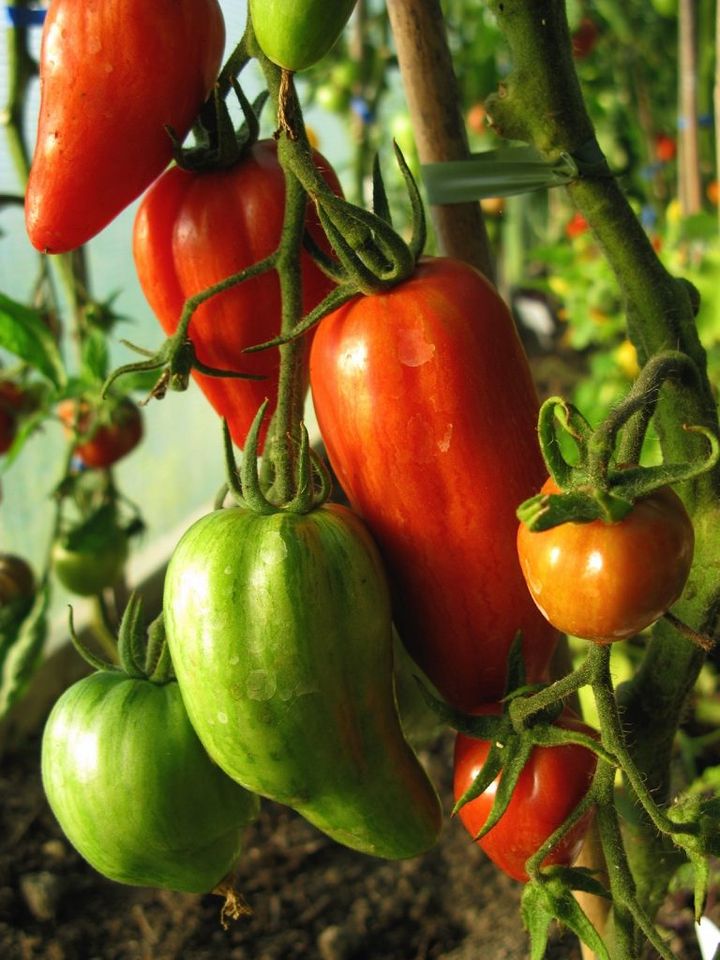 ‘Principe Borghese’ is a smaller, rounded plum from the same part of Campania. It is a traditional favourite for sun-drying (use an oven in the UK!) and for hanging.

It is one of several cultivars that are known by the umbrella term pomodorino del piennolo del Vesuvio (small hanging tomato of Vesusius) or simply pomodorino Vesuviano. Whole vines are cut and hung up in bunches somewhere covered but well ventilated, where they keep fresh for months, thanks to a thick skin and a strong attachment to their stalks. 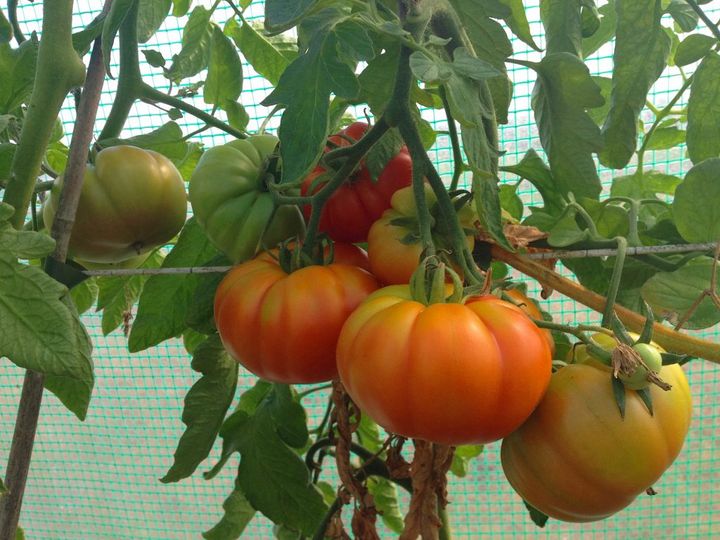 Beefsteak tomatoes are much larger, but their skins are thin and as a result they do not travel well, which is why they are only usually sold in the UK if they are very under-ripe. They are good in salads, for slicing and even for stuffing.

‘Cuor di Bue’ (Ox Heart) is strawberry shaped and huge, and from Liguria. Smaller but still large are the various costoluto (ribbed) cultivars, such as ‘Costoluto Genovese’, ‘C. Fiorentino’ and ‘C. di Parma’. They are very similar in appearance to the tomatoes of Mattioli’s day. 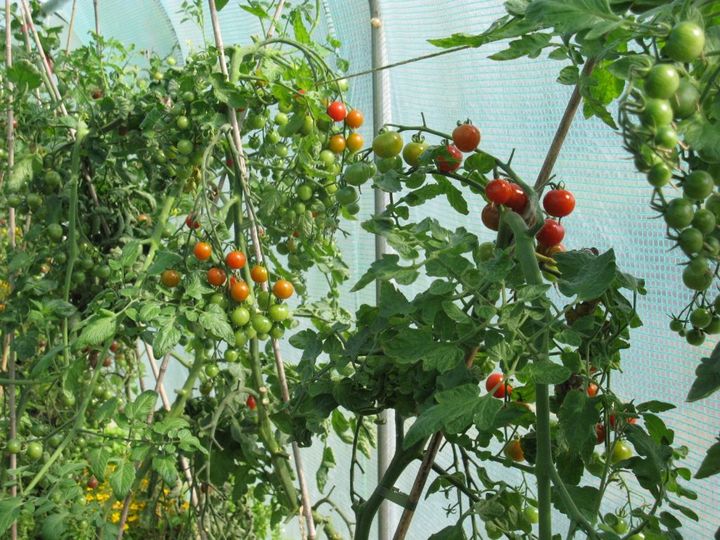 Pachino, a town in southeast Sicily, is a famous centre for tomato production. The climate is such that they will grow year-round, in polytunnels at least. A number of different varieties are referred to as pomodori di Pachino including ciliegini and datterini, their shape likened to cherries and small dates respectively. Both are well worth seeking out.

As I’ve said on many occasions, I enjoy growing tomatoes above all other crops but it is hard work in the UK. Sunshine and warmth are never guaranteed, and there’s always the danger that blight will kill the plants off early. For obvious reasons, most gardeners (myself included) would dearly love to spend a summer growing them in Italy.