Potatoes are a staple across much of central and Eastern Europe, and the basis of many well-known and even national dishes.

In a recent feature, I shared a recipe for my favourite Polish comfort food, Kopytka, or little dumplings, which is a great way of using up leftover mashed potatoes.

Today I’m turning to the potato pancake – or placki ziemniaczane, as they are known in Poland – another great recipe to have up your sleeve if you have a few odd potatoes to use up, or want a different way of rustling up a quick side dish.

Potato pancakes (and variations of them) are found in kitchens all over Europe, including within Austria, Germany, Hungary, Latvia and Russia. As well as being a great vehicle for soaking up a big bowl of goulash, they are also seen at many outdoor markets and winter festivals because they are both warming and very quick to make.

They can be served both as a savoury dish, or they can be sweetened (for which I usually add a grated apple and a little sugar in place of salt) and served with stewed fruit or even a sprinkling of cinnamon. In Poland, they are most often served with a meat sauce, a mushroom sauce, or simply with soured cream. 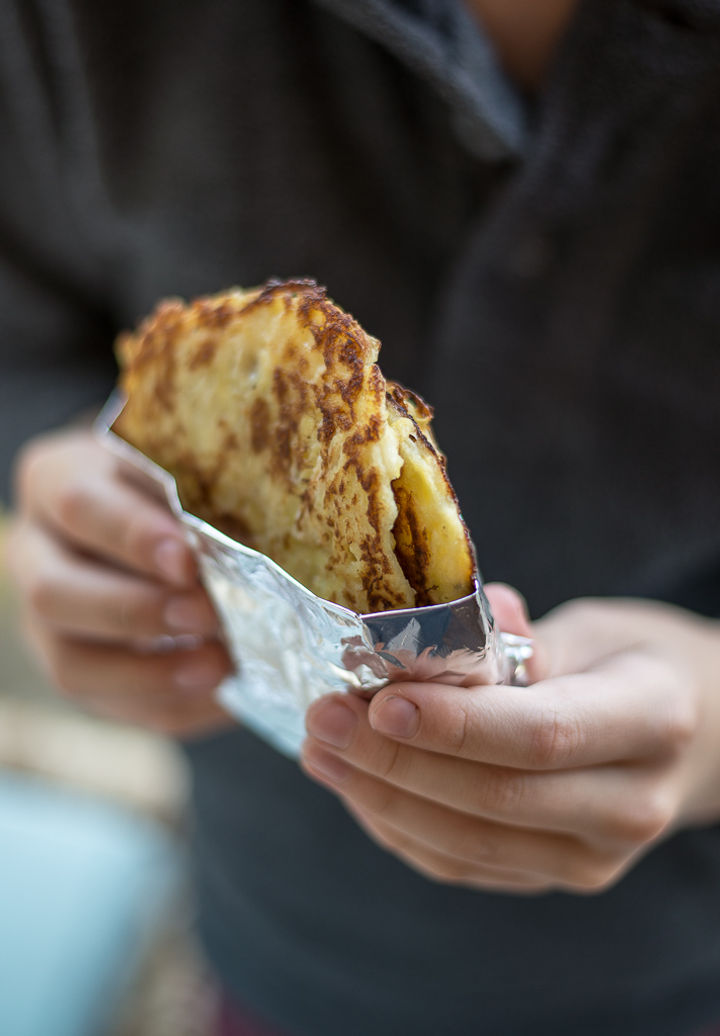 Since potato pancakes can also be made ahead, wrapped in foil and kept warm in a low oven, they are also brilliant for warming up cold little hands on Bonfire Night! 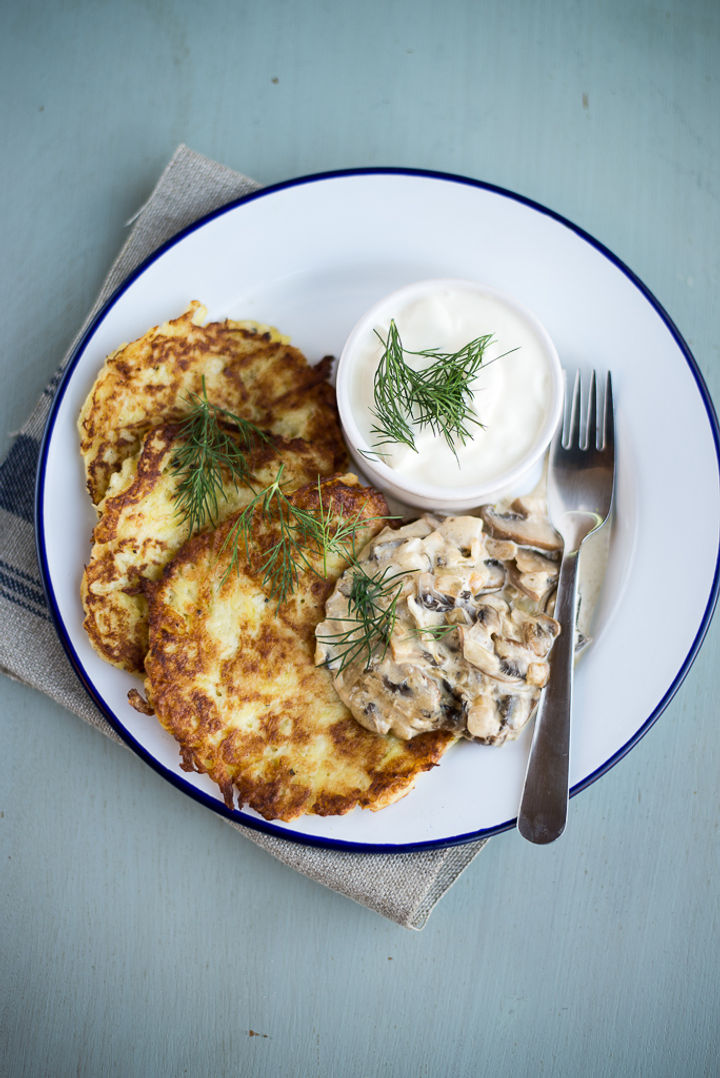 For the mushroom sauce 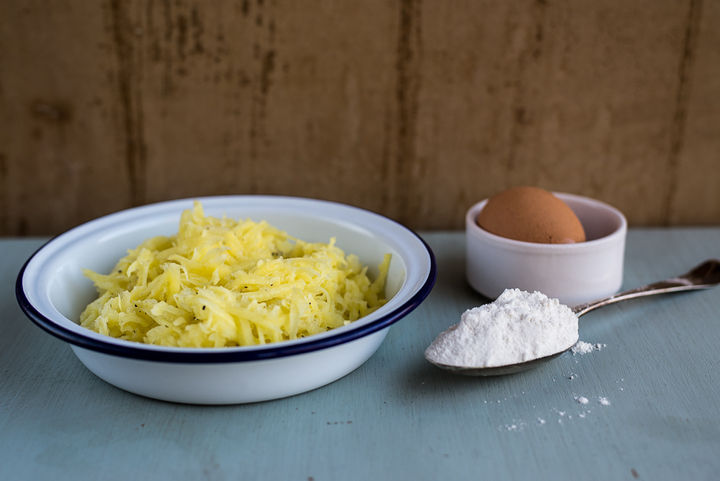 Using the coarse side of a box grater, grate the potatoes and place them into a sieve or colander over a bowl. Using the finer side of the grater, grate the onion and add it to the potato. Using the back of a spoon, or even your hands, squeeze out any excess water/juice from the potatoes and onion. Discard the liquid, and then put the onions and potatoes into the bowl. Add the egg, two tablespoons of flour and season with sea salt and pepper, then stir everything together – the mixture should be quite thick.

Heat a little vegetable oil in a large, flat frying pan. Drop three or four mounds of the mixture into hot oil, and flatten to make small pancakes.

Fry for 2-3 minutes per side, turning once, until golden brown. Transfer the pancakes to a plate lined with a paper towel. Repeat until all the potato mixture is used, adding a little fresh oil if necessary. You can serve the pancakes immediately, or keep them warm, wrapped in tin foil in a low oven.

To make a quick mushroom sauce to serve with the pancakes, heat a little oil in a clean frying pan. Fry the chopped onion on a low heat for ten minutes until golden and soft. Add the mushrooms and cook for a further few minutes, until soft. Pour in the stock and simmer for one minute, then pour in the double cream and stir in the sour cream. Allow to bubble and simmer, then serve with the potato pancakes, along with some fresh dill and extra sour cream on the side.