This is part two of a three-part journey into the food of Dubai, a desert city in the UAE. Read the first installment on Old Dubai here.

You know you’re verging on overindulgence when the fifth course arrives and it’s still not the main one. But as I began to sweat, the rest of the restaurant’s diners didn’t even bat an eyelid.

That’s because this was a Dubai brunch. While the rest of the world combines breakfast and lunch into one satisfying weekend treat, the good people of Dubai combine every meal you have ever had.

Every Friday afternoon, ex-pats and Emirati alike head to their favourite restaurant for a buffet the likes of which even Roald Dahl couldn’t have imagined. Dubai’s culture is still developing, but Friday brunch is already a well-established tradition. The entire city is obsessed with food, which is perhaps unsurprising given the scarcity of alcohol. When most people might meet for a drink, in Dubai they unfailingly meet to eat, whether it’s high tea or a full-blown meal.

Sadly, Dubai doesn’t have the natural resources to produce enough food to keep 2 million people fed, so it has to be flown in from all over the world. There are steps being taken to improve the situation, both by the rulers and the restaurants, but for now there is one great advantage; with the ingredients come the food cultures of nations as disparate as Japan, Mexico, France and Vietnam – so eating seven or eight courses at brunch makes for a slightly confusing but fascinating afternoon.

It’s also one of the few occasions when the tight drinking laws seem to go out of the window. Hotels are the only places that can get alcohol licenses, which means they are the social hubs of Dubai and the only place to do brunch. It’s still illegal to be drunk or have a drink in public, but stay within the confines of the restaurant and it’s very much a case of anything goes. There are even tales of table dancing at the more raucous ones. 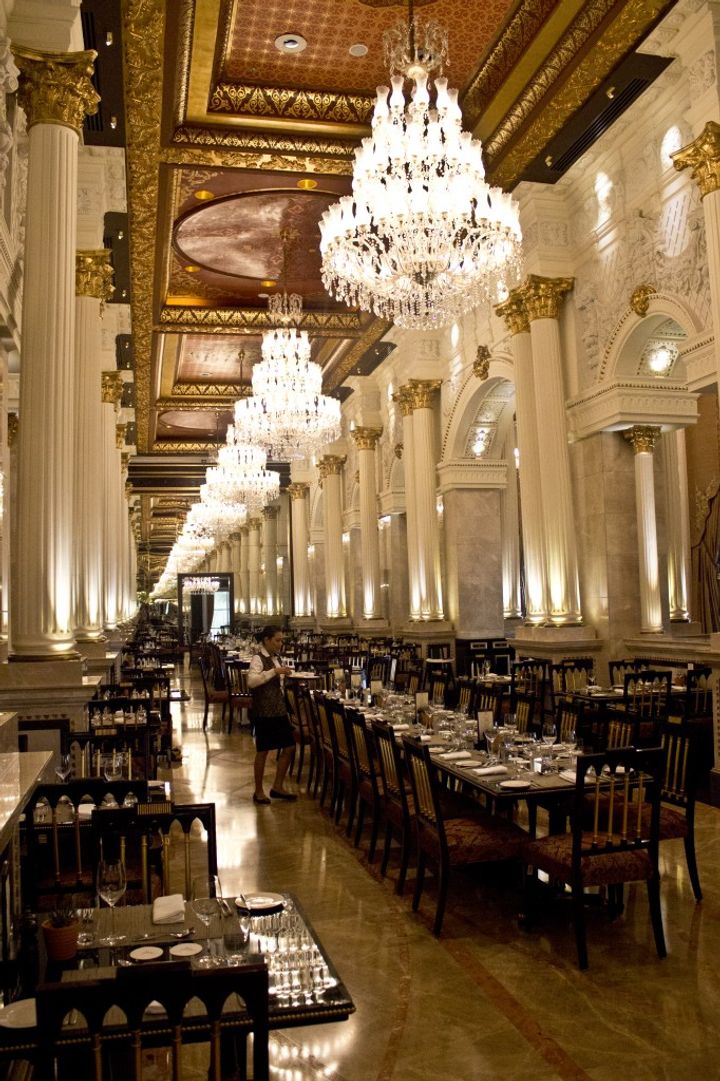 I, however, was dining at the five-star Jumeirah Zabeel Saray hotel on the Palm, a tree-shaped man-made peninsula off the coast. The hotel has nine restaurants, again boasting culture from all over the world, and we were eating at Imperium, their French-inspired dining room. But they don’t just stick to French; they give it little twists that show off how multicultural Dubai is. We sat overlooking the sea while we were brought endless – and I do not use that word lightly – courses. 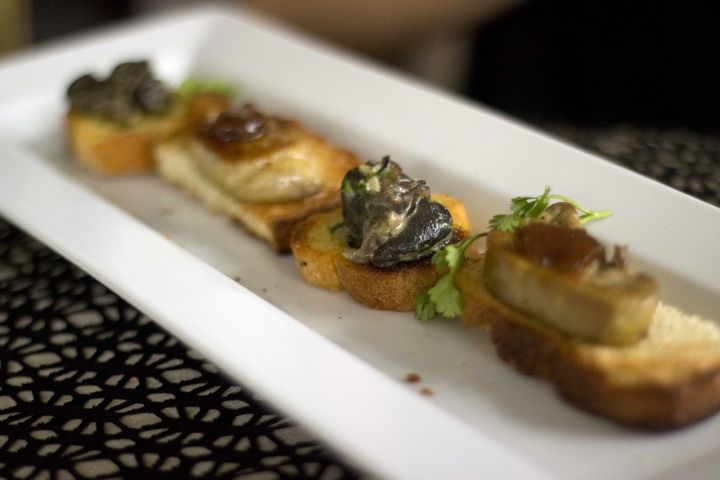 We started with caviar, followed by oysters, sushi, mussels, snails (snails, in the desert!), lobster and, finally, a gorgeous New Zealand lamb rack. 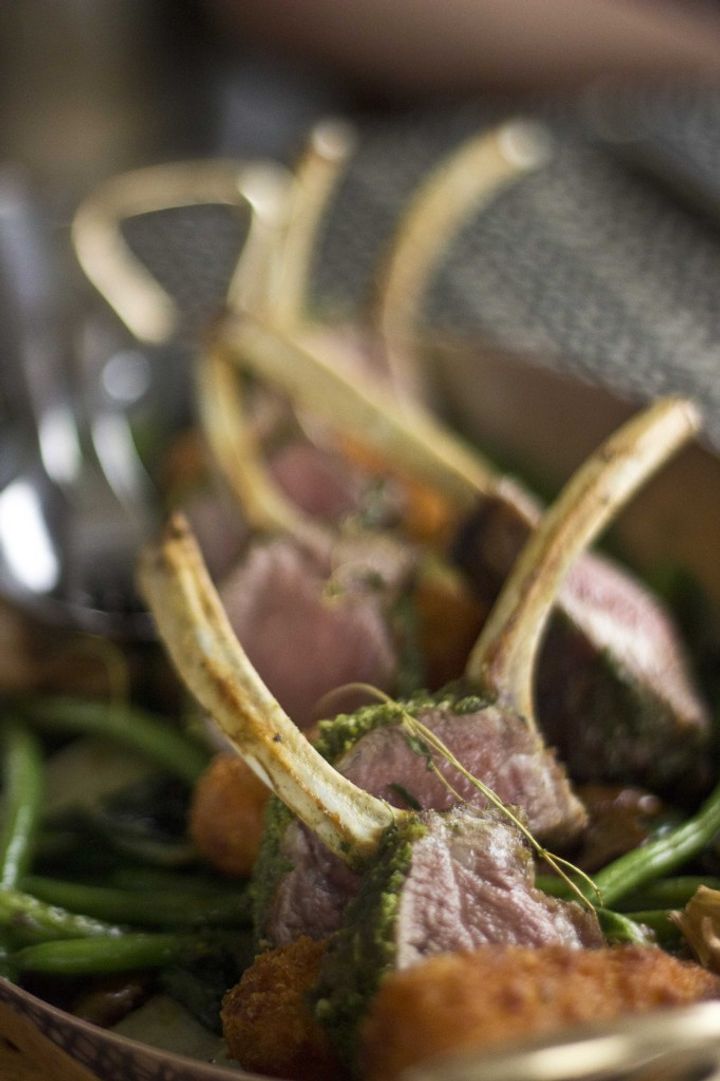 Oh, and then there was pudding: cheesecake, crème brûlée, salted caramel tart and macaroons… then cake. So much cake. 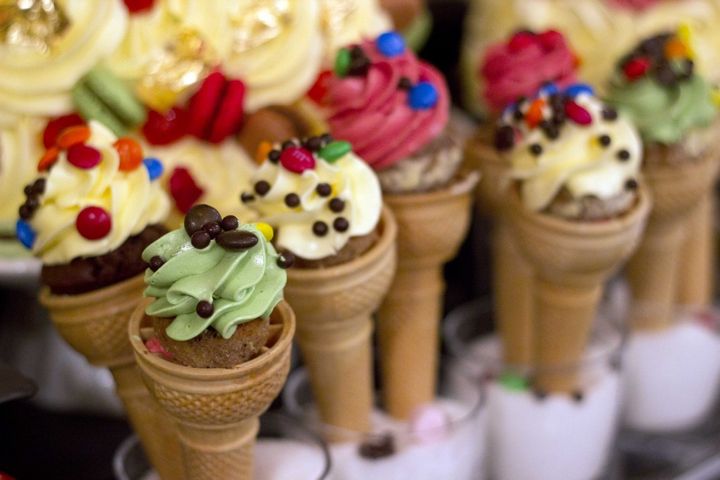 All this was brought to the table by our waiter Ivan who, while bringing the caviar, asked if we were ready to go “12 rounds with a Russian” (it later transpired he was a keen boxer). After that he made it his mission to bring just about everything he could find from a buffet so decadent that people walked open-mouthed around the stalls, shocked into salivation by the mounds of exceptional food. The puddings in particular were like something from a fairytale, with every dessert, every colour and every cuisine created with dazzling imagination.

Our “Royal Brunch” was, it has to be said, a once-in-a-lifetime experience; at 2,500 dirhams (roughly £450) a head, it’s beyond the budget of most people, let alone most people every Friday. However, there are plenty of cheaper brunches out there that will leave you wondering why you haven’t been doing this your whole life:

This is the party brunch. The food is less cosmopolitan that most but, in true Dubai style, still decadent and delicious, with a distinctly British feel that matches the faux-traditional pub styling – roast beef, bangers and mash, beef stew and Yorkshire puddings are the mainstay. But really it’s about the atmosphere, with live music and DJs starting at the very sociable hour of 3pm. One of the few social occasions where an early night is acceptable. 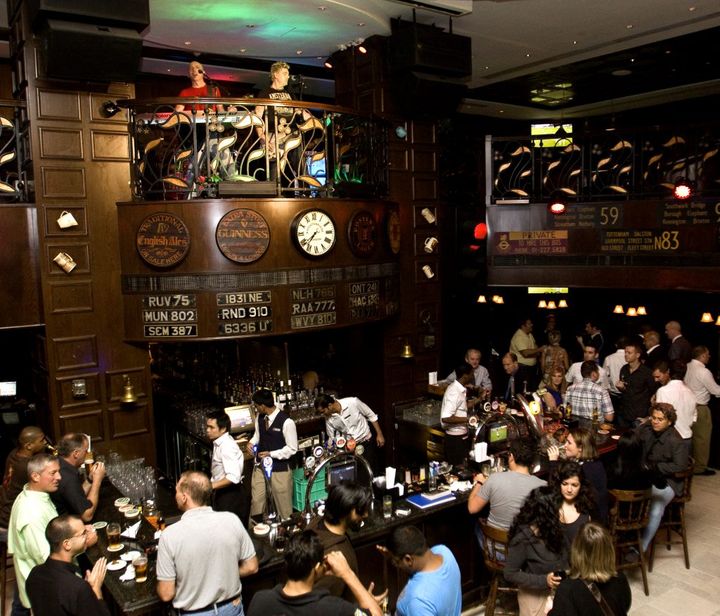 Spectrum on One, The Fairmont

Spectrum on One, an enormous restaurant at the Fairmont hotel, is where the Friday brunch tradition in Dubai started. The buffet starts at noon and goes right through to 3.30pm, with fine cheeses, an ice bar stocked with freshly shucked oysters, king crab legs, lobster, traditional roasts and, bafflingly, crispy Peking duck. If you’re looking for alcohol you can go to the Martini station or pick from a selection of wines and ports from all over the world.

This claims to be the biggest brunch in Dubai, and it’s hard to argue – the buffet spread is so large that diners are given a map on arrival. Spanning across three restaurants you can have anything from sushi to steak, while enjoying live cooking demos and music throughout the afternoon. 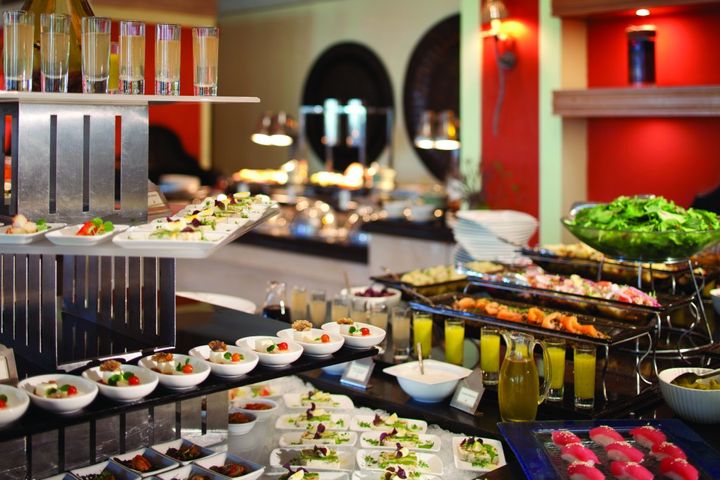 That tiny list doesn’t even scratch the surface of what is on offer every Friday in Dubai, and the locals are the ones to ask about where to go. Before visiting I always thought of Dubai as a city of excess, but I didn’t think that way of life could ever be this pervasive, or this much fun.