I am sitting with Jamie Oliver’s friend of 20 years, who is currently the Senior Training and Development Chef of The Fifteen Apprentice Programme, and who knew Jamie when he was an upcoming celebrity chef working at the legendary Italian restaurant River Cafe.

Santos sits across from me sipping his speckled cappuccino as he explains the two early influences behind Brazil’s national dish, feijoada: Portuguese colonists and African slaves. The word ‘feijão’ means beans in Portuguese. While the Portuguese used the cream-coloured feijão-fradinho (black-eyed bean), in Brazil it’s the black beans that get a thumbs-up. 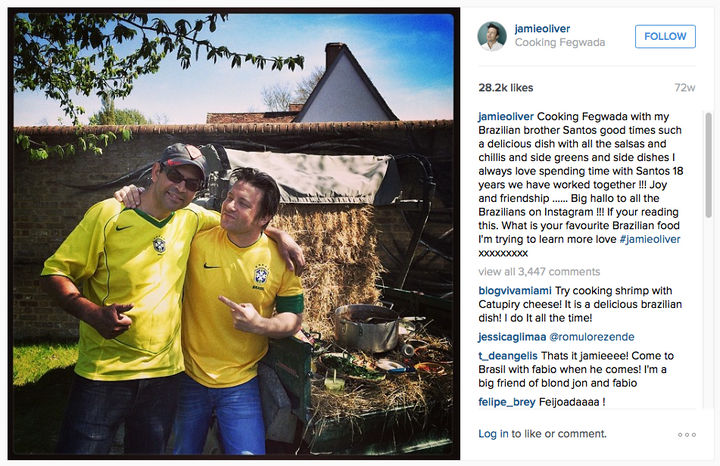 In the mid-16th century, the colonial Portuguese imported slaves to Brazil from all over Africa through their West African ports. Unlike those who were taken to North America, these slaves found themselves in a land not so dissimilar to their ancestral home. This meant that their similar skills and knowledge, especially when it came to food, brought them considerable value and respect.

As the slaves cooked the food for the señoras using the sought-after cuts of meat; the remains of pig ears, tails, tongue, snout, trotters and head were gathered and transformed into a hearty, aromatic stew, packed with seasoning and padded out with beans. It was the perfect meal to sustain the servants who sweated all day in the tropical heat, as well as helping fend off the cold during the winter months. 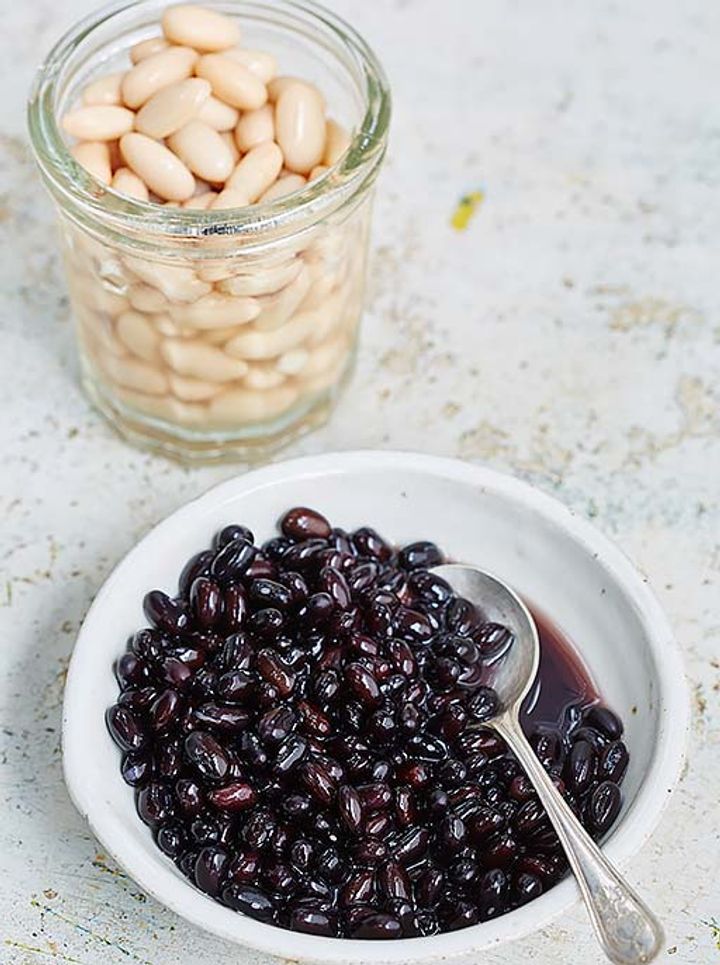 Brazil’s third great staple food after rice and cassava is beans and most Brazilians prefer the small, shiny black variety that cook to a mush.

While the idea of eating unidentifiable bits of meat may make some uncomfortable, Santos is grateful that he was taught to waste nothing, “particularly the gelatine, that’s where the flavour’s at. When I was little we had a small pig farming business, as a means to make some extra money, and my father would sell the desired cuts, keeping all the best bits for Wednesday, Thursday and Saturday, the traditional days to eat feijoada.”

He then talks about the preparation and cooking of the dish where “everything you put in has the right time”. Feijoada is not something you carelessly throw together for an easy midweek supper. There is a certain order to things: “First, it’s the soaking of the dried beans, preparation of the meat, the chopped onions, finely chopped garlic, bay leaves, bacon, meat with bone, meat without bone, then beans and giving it a minimum of at least three hours, or better yet, overnight.” 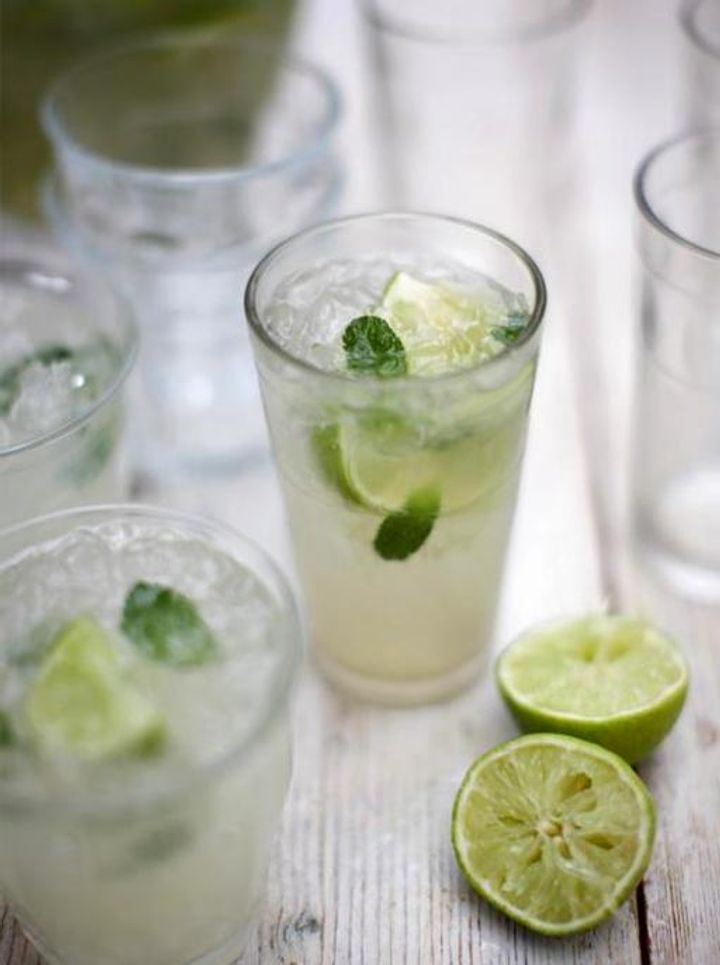 Caipirinha is regarded as Brazil’s national cocktail and its main ingredient is cachaça, a distilled spirit made from sugarcane juice.

Brazilians treat their drinks and sides as being just as important as the main dish. Traditionally, you begin with a caipirinha and finish off with a cold beer. Sides are essential for enhancing the flavour combinations. The usuals include couve à mineira (spring greens), salsa made with the remaining juice from the soaked beans, plain rice, farofa de ovo (cassava flour) and finely sliced orange to aid digestion.

What might look like a plate of inky purples and black is a symphony of velvety meat, creamy beans and lots of texture. It’s a meal fit for any occasion, from small gatherings to festive celebrations. In essence, feijaoda is Brazilian soul food; food of the people. So if you happen to be invited to sample some in a Brazilian home, you’ll be in for a treat. 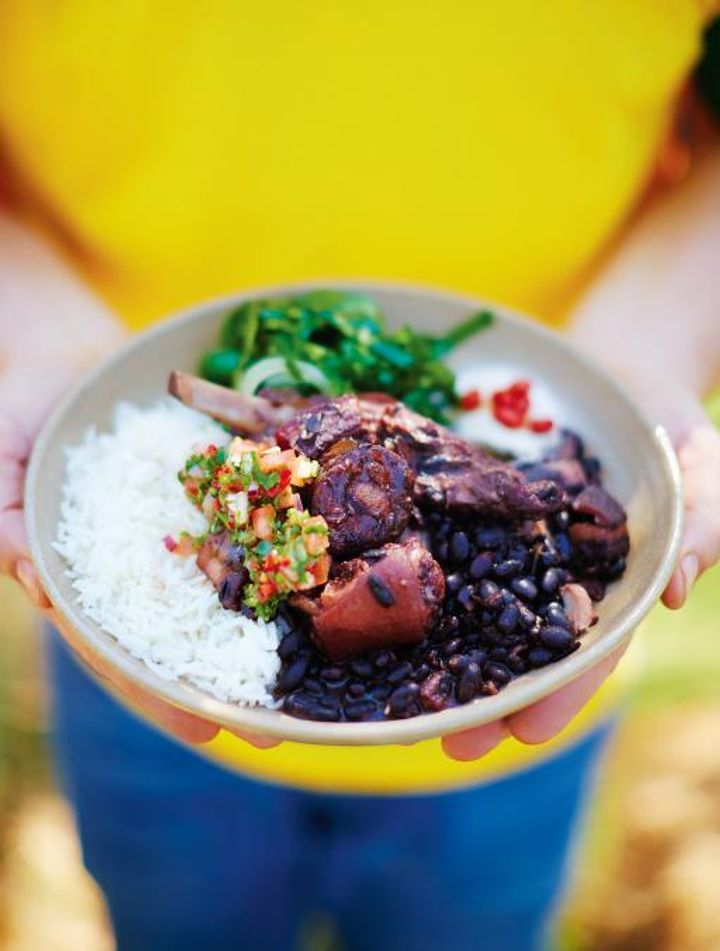 Brazil’s national dish, feijoada, is a sublime combination of pork and beans and is traditionally presented on a large platter with offal in the middle, with meats on the side arranged in a symmetrical, decorative pattern.

Why not try our very own version from Jamie’s Comfort Food, or for an equally beautiful, but lighter Brazilian dish, there’s Moqueca Baiana (fish stew), popularly eaten in the north due to its regions access to a large coast.

What’s your favourite national dish and why? We’d love to hear your thoughts, so leave a comment below or tweet us @JamieOliver.