Foods go in and out of fashion all the time. Many, like burgers, make a comeback, while others get lost in the mist of time and condemned to dusty bookshelves. Some dishes are too retro even for hipsters, and others are so unhealthy that we now shun them, and a few were a just pain to make in the first place.

Here at JamieOliver.com we love those long-forgotten dishes, because with them comes a whole load of flavours, textures and memories we’d forgotten all about. We can pimp up some stodgy British classics, or clean up some fatty comfort foods, and breath new life into dishes ruined by fast food chains. And by we, we mean Jamie.

In tonight’s episode of Comfort Food, Jamie cooks the ultimate chicken shawarma – known to many as a kebab. It’s a million night buses away from the rubbish you get in most late-night kebab houses, and gives the traditional ones a run for their money too. With free-range chicken marinated in a heavily-spiced peanut sauce, spit-roasted with tomatoes, peppers and lemon, served in homemade flatbreads with mango salsa, it’s a kebab like no other, and much easier to knock up than it sounds. 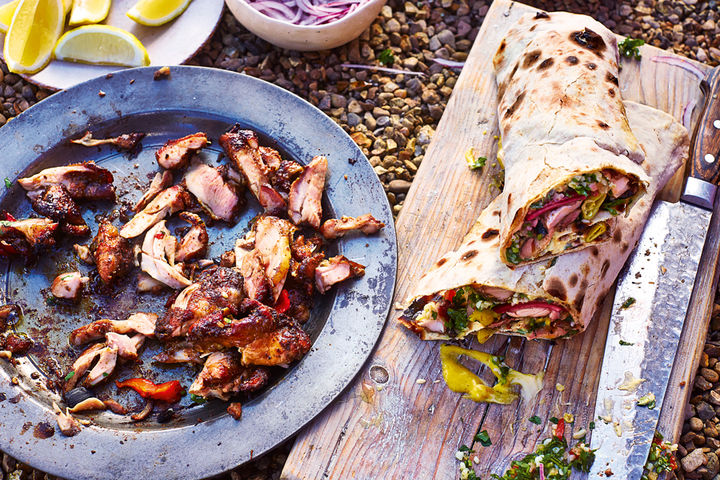 So, if you like the sound of that and live in the UK, tune in tonight at 8pm on Channel Four. For those who can’t, here are five more out-of-fashion dishes that have been saved by Jamie. Some are from his new book, and some from way back when he started. Not only will they remind you of dishes gone by, they might even remind you of a young cockney chef, dropping his aitches like hot potatoes and rocking blonde highlights. Hopefully the latter will never come back into fashion… 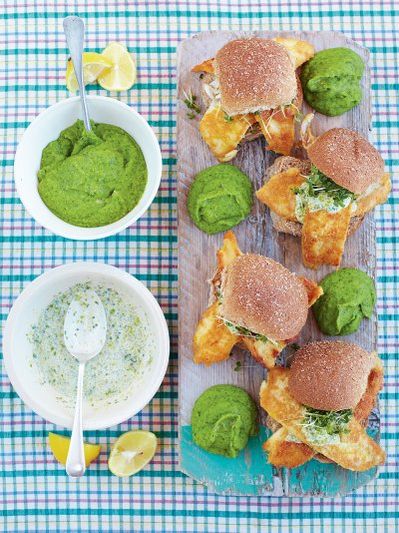 They’ve never been cool really, and nor have mushy peas, but there is something about the fish finger buttie that makes us all smile. These are as good as they get, especially with the minted peas and a good squeeze of lemon. 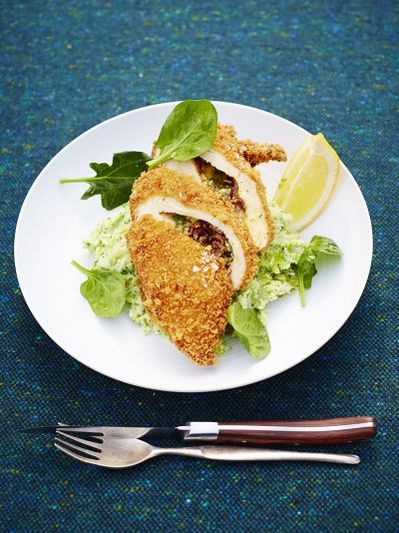 I’d bet all my savings on the fact that you haven’t had a kiev that didn’t come from a supermarket packet since 1989. I’m not sure what happened, but kievs didn’t make it out of the ‘80s. Maybe it was the Wall coming down, maybe it was a ‘90s health drive, but try this recipe from Jamie’s new book and you’ll be glad they’re back. 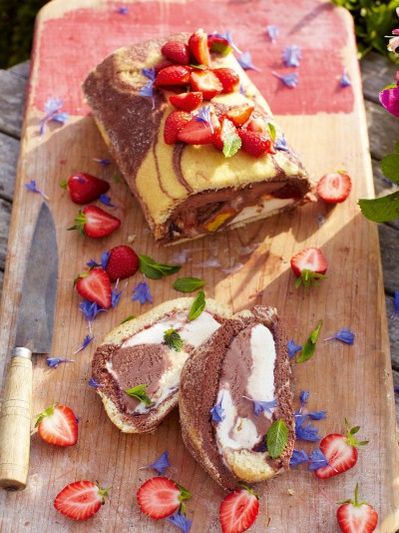 Back in the ‘80s, more than 25 miles of Birds Eye Arctic Roll was sold every month. By the time the millennium came around the company had stopped making them, but they recently had a resurgence – maybe down to this beautiful over-the-top version, with marbled sponge, two kinds of ice cream, crumbled Crunchie bars and even edible flowers.

Ah, fried chicken. Perhaps the ultimate foodie shouldn’t-have. Done badly it can be a travesty, but done well it’s a joy – crispy skin, flavourful soft insides and a proper messy meal. Jamie’s come up with an awesome Cajun seasoning, and served it up with sweet potato fries – and, of course, coleslaw and corn on the cob.

We all remember Jamie’s battle with the Turkey Twizzler. It came to define his fight for better school food in Britain, as he tried to remove fatty, processed food from menus. Well, back then Jamie took away, so now he’s giving it back. Here are some simple Turkey Twizzlers, just begging to be glazed in some mustard to red currant jelly for a delicious simple kebab.