Growing up with parents who didn’t eat a lot of meat and who had always grown some fruit and vegetables in their town garden means I’ve never had much truck with the notion that a “proper” meal has to contain meat. Once I started growing food for myself, I quickly realised that if the vegetables are good enough, there’s no reason to miss meat at all or, in my opinion, to resort to meat substitutes either.

When robustness for transit and shelf life are not necessary considerations, cultivar choice can be based on flavour. These, plus the freshness and also personal pride (a flavour-enhancer that comes no matter how knobbly and misshapen what you’ve grown might be) mean you have something that tastes very good indeed. What follows below is a short eulogy to a few seasonal vegetables that I look forward to enormously each year. 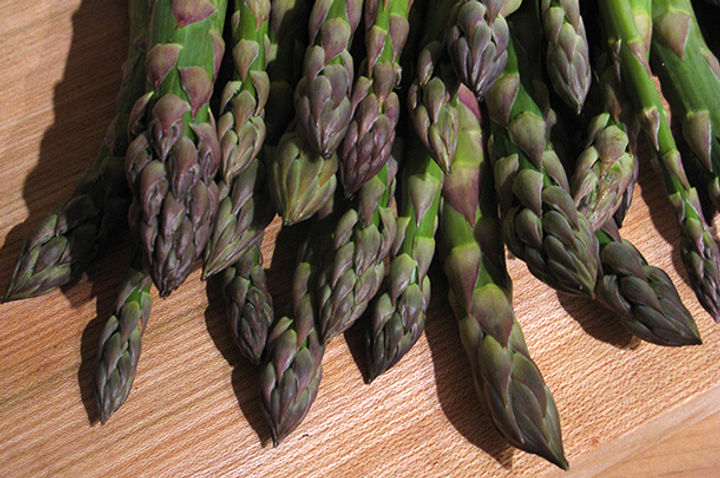 We are currently in the middle of the British asparagus season. I know most people haven’t the space to grow their own, but British asparagus is readily available right now. Absurdly, the Peruvian spears that are ubiquitous during the other ten months of the year are sometimes still on sale. Aside from the ludicrous food-miles involved, from a taste point of view, I really wouldn’t bother. Asparagus is one of those crops where the natural sugars start turning to starch once picked and so speed is of the essence when getting it to the table. 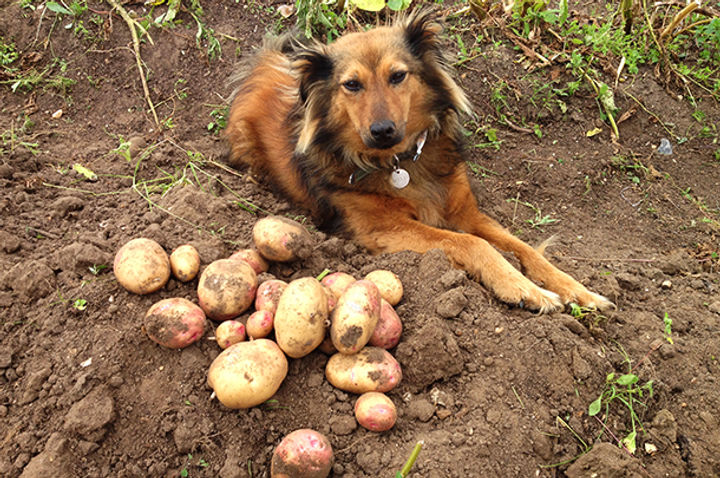 Digging up the first new potatoes at the start of June is one of the highlights of the whole gardening year. It’s like finding buried treasure, what with the way the bright tubers stand out against the warm dark soil. The skins are soft and can be rubbed off easily with your fingers. They don’t need anything more than boiling and serving up with butter and a sprig of mint. 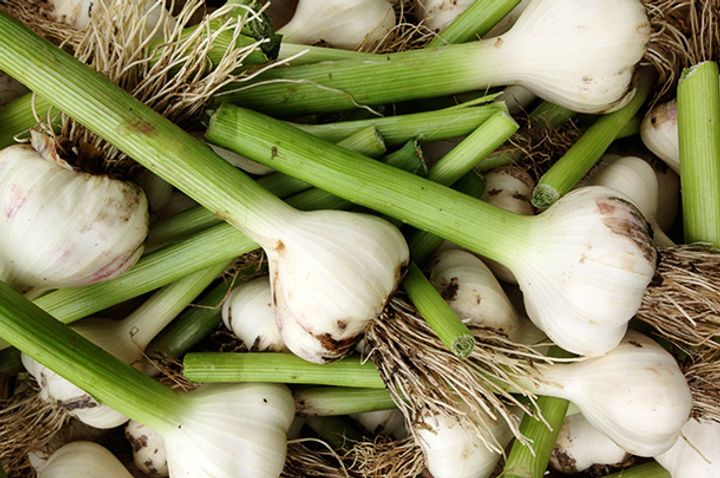 Over the course of the year I eat a lot of garlic, but by far the best is “wet” or “new season” garlic. It is lifted slightly early, usually towards the end of June, when the aromatic bulbs are full-sized but the skins are still thick and fibrous rather than dry and papery. The cloves are full of juice and will pop out easily from their casings in one piece. It’s like a whole different vegetable to the diminutive dry-skinned bulbs. 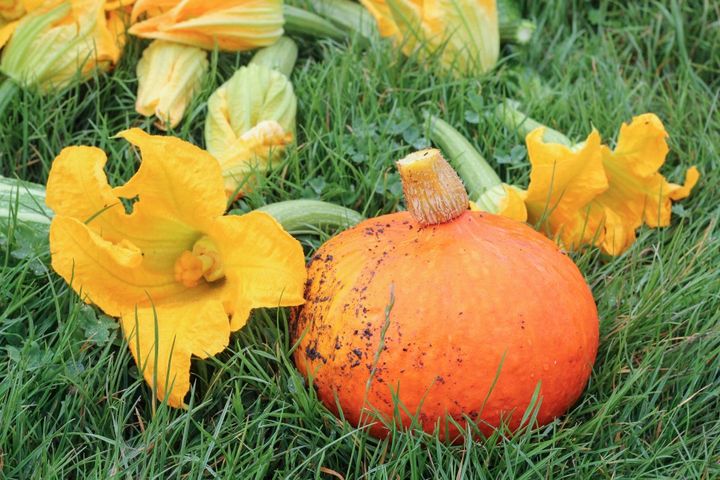 Stuffing courgette flowers involves a little more sophistication in the kitchen. Once filled – ricotta, mozzarella, mint and lemon make a good veggie filling – they are dipped in a light batter and deep-fried. I’m certainly no expert and usually make a mess but it’s fun to do and impresses guests no end, since it really is like having fancy restaurant fare at home. It can be difficult to keep pace with courgette plants in full swing, so eating the female flowers (they have tiny courgettes behind the petals) is a useful tactic for controlling a glut. 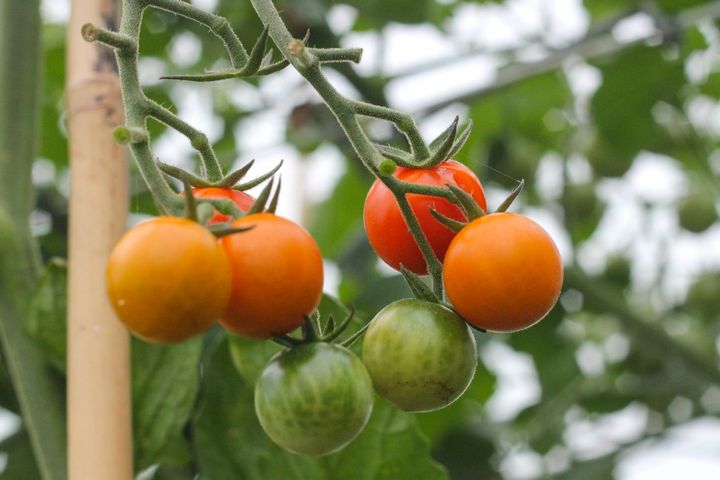 If I could grow only one thing, without a shadow of a doubt it would be tomatoes. A quarter of my own allotment is given over to their cultivation and I grow about forty different varieties for Jamie, including many heirloom cultivars, which come in all sorts of colours, shapes and sizes. There’s not a lot to say. You cannot buy tomatoes as aromatic or flavoursome. Cherry toms like ‘Sungold’ can be gobbled like sweets. I boil them down by the kilo and freeze the sauce for use year-round. For a tomato-fiend such as me, it’s like having the taste of summer on tap. 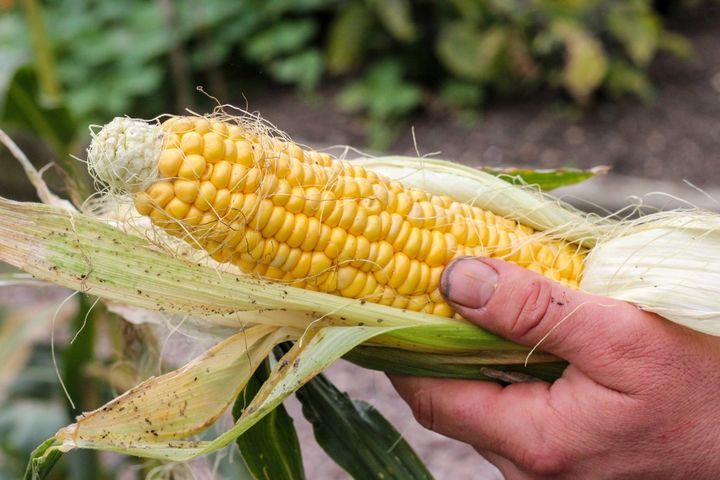 Towards the end of August the sweetcorn starts to ripen. This crop has none of the versatility of the tomato, it’s true, but home-grown corn is still something of a revelation, in that it’s sweet enough to eat raw. It gets steadily starchier after picking, which means that a shop-bought cob just can’t compete. It’s something of an exaggeration when traditional gardening wisdom states that the water should already be boiling on the hob when you go to harvest your corn, but you get the general idea.