Tonight on Jamie’s Comfort Food, Jamie is baking something that will cause endless excitement among Americans, and complete bafflement for everyone else - the Hummingbird cake.

The Hummingbird cake is a very unusual one. For a start, it’s made with oil rather than butter, and contains more fruit than flour. The mix doesn’t need beating, goes dynamite with a cream cheese icing and often involves spices and nuts. Contrary to the name, there are no birds in this particular recipe. 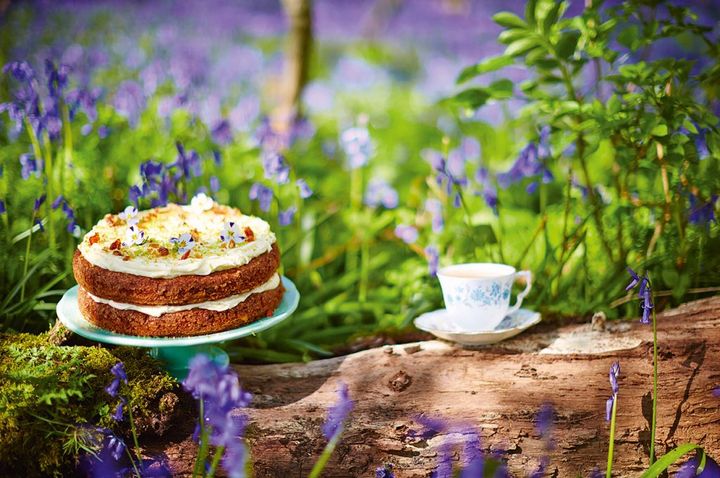 Despite its cryptic name, the Hummingbird cake’s origins are clearer than most. Usually the origins of foods are shrouded in the mists of time, handed down from generation to generation before popping up somewhere completely different.

The giveaway to the Hummingbird cake’s birthplace, however, is in the key ingredients – bananas and pineapple. Hopefully you’re already thinking of the Caribbean, and it’s thought to have been invented in Jamaica, probably in the late ‘60s.

Originally, it was called the “Doctor bird cake”, a nickname for a Jamaican variety of hummingbird called the Red-billed Streamertail. The name came from the way the bird’s long beak probes flowers, like a doctor inspecting a patient. So what does that have to do with a pineapple and banana cake? Some say the cake was named after the bird because it was sweet enough to attract hummingbirds (who eat only nectar), while others say the yellow streaks of banana was reminiscent of the bird’s plumage. Either way, the Doctor bird was about to take flight.

In 1968, the Jamaican tourist board decided to try attracting tourists by sending out press kits to the US. In the packs were a few recipes from the island, including one for the Doctor bird cake. Over the next few years, similar recipes started to crop up in local papers and community cookbooks across the South under various different names, including the prophetic “Cake that doesn’t last”.

Most food historians agree the first printed recipe for Hummingbird cake was by one Mrs L H Wiggin. She supplied the recipe to Southern Living magazine in February 1978, but even before then there are countless references to the cake in county fair reports and baking competitions across southern America. 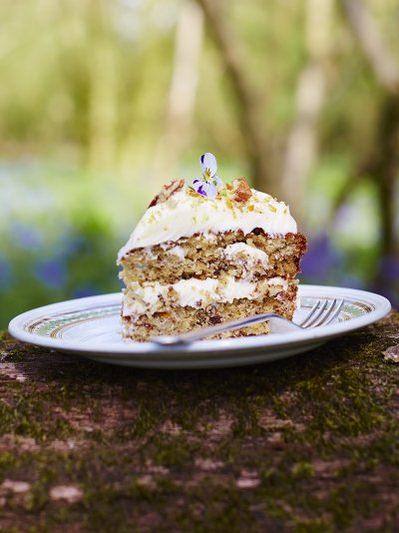 The cake is more popular that it has ever been, particularly in the US. Always keen to put his own stamp on recipes, Jamie has taken a traditional deep-south Hummingbird recipe and given it some new twists, such as lime in the cream cheese frosting. The most notable addition, however, is a stunning pecan brittle topping, achieved by melting sugar and mixing it with broken pecan nuts, before smashing it into crumbs. The result is an incredible crunch on top of the cake that makes this deep-flavoured, moist treat even more special.

As Jamie says: “This is the humming bird cake. Something a bit unusual, beautiful to make with incredible flavour. It’s a cake that cannot fail to put a smile on your face.”

For a limited time, you can find the recipe for Jamie’s Hummingbird cake from the Comfort Food book online, as well as a whole host of others at jamieoliver.com/comfortfood.